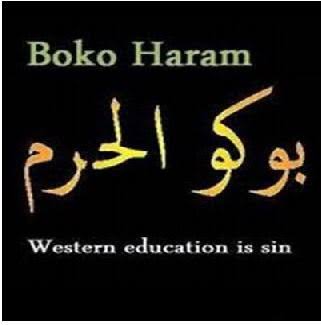 No fewer than 120 defenseless Christians have been killed by members of Jihadist Brigades under the color of Fulani Herdsmen in Adamawa and Taraba States alone in first seven days of July 2018. The figure did not include scores of others killed during the same period in other parts of old Middle Belt. This brings the total number of defenseless Christians killed in Nigeria in the name of Islam to 1,870 in the past six and quarter months of 2018-1st January to 10th July 2018.


When added to other defenseless Christians killed in the past three years or from 1st June 2015 to 10th July 2018 by trio of the Federal Government of Nigeria, Boko Haram insurgents and Zamfara Bandits, the total Christian deaths in Nigeria since then are 8,920, out of which Jihadist Brigades under the color of Fulani Herdsmen killed 5,400. Federal Government of Nigeria had also in the past three years ordered and supervised the killing of no fewer than 1,014 defenseless Christians while Boko Haram Islamic insurgents and Zamfara Bandits killed no fewer than 2,450 and 80 others respectively.

On the other hand, Muslims to fellow Muslims’ killings in Nigeria have resulted to 4, 470 deaths in the past three years including dozens of dead Muslims recently found inside Zamfara forest-presumed to be victims of Zamfara Bandits’ cattle rustling violence. Out of estimated 4,470 Muslim-Muslim deaths, the Federal Government ordered and supervised the killing of 1,351 Muslims including the death of 1,130 members of Shiite Muslim sect while killings by rival Muslim armed fundamentalists such as Boko Haram Islamic insurgents and Islamic Zamfara Bandits resulted in mostly collateral death of 3,020 Muslims in the past three years.

By our latest findings from local sources in Adamawa and Taraba States, no fewer than 100 Christians lost their lives to Jihadist Brigades under the colour of Fulani Herdsmen in the two States. Coordinated attacks including killing of Christian children, women and men and burning of their houses were launched on Sunday night, 8th July, which lasted till early morning of Monday, 9th July 2018; with death of no fewer than 100. The killings and burning of houses went on with no security forces in sight, until after same when they arrived and reportedly cordoned off the attack scenes and their surroundings; making it difficult for victims’ communities and independent others including media to assess casualties and statistically report same.

But independent sources contacted from the scenes of the massacre told Intersociety that the total death toll was between 100 and 150 or even more and that the massacre was equivalent to Plateau anti Christian massacre of 23rd and 24th June 2018 in which no fewer than 250 Christians were killed with 238 bodies recovered and buried in mass graves. A lead-source who is an official of CAN and a Pentecostal reverend in Numan Local Government Area of Adamawa State, told Intersociety that there has been sustained conspiracy between Adamawa State Government and Federal Government, leading to most of the killings in the State not being allowed to be reported or documented.

He cited the case of anti Christian killings and burning of houses and churches that took place early last week between Monday, 2nd July and Wednesday 4th July 2018 in Bare Village located in Numan Local Government Area of Adamawa State where 13 Christians were killed and another six Christians killed in a midnight raid in Maraba Kola Village, Guyuk Local Government Area of Adamawa State. The killings were carried out by Jihadist Fulani Herdsmen.

The Pentecostal Reverend also informed Intersociety that Christians are killed almost every day in old Middle including his own State of Adamawa but such killings in his State are hardly reported or documented owing to State Government-security forces-Federal Government conspiracy and censorship. He further informed that the situation has been compounded by the fact that not all areas of the State are connected to telephone or internet networks owing to destruction of same by Boko Haram insurgency and counter insurgency operations. Since November 2017, according to him, when Fulani Jihadist violent attacks increased in the State, both State and Federal Government have virtually abandoned the victims and their communities including non- provision of emergency aides and setting up of camps for internally displaced persons (IDPs).