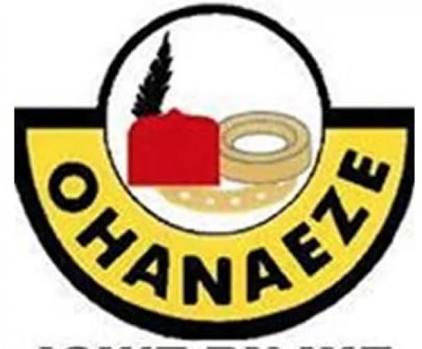 The siege on Senator Prof. Ike Ekweremadu's residence in Abuja by men of the DSS and EFCC, has once again brought to the fore the recklessness and impunity of our security agencies as well as the disturbing trend by which the Presidency deploys the coercive apparatus of the State to settle political scores. We are concerned over the penchant by the Presidency in using the security network to threaten and harass not just members of the opposition but also other people that are diametrically opposed to its policies. The beauty of democracy is its capacity to accommodate diverse views and encourage the process of dialogue to achieve a consensus. Regrettably, the present Federal Government has demonstrated an embarrassing sense of lack of accommodation but has rather resorted to unleashing security agents on people each time it considers its interest at risk. This is the height of democratic dictatorship and tyranny and should be condemned in all its ramifications.


Ohanaeze Ndigbo, Enugu State condemns this latest siege on Senator Ekweremadu in its totality. We are not unmindful of the fact that the Presidency has not hidden its disgust and resentment towards Senator Ike Ekweremadu since he emerged as the Deputy Senate President in June 2015. Since that time, the Presidency has deployed all manner of undercut methods to deal with what it perceived as the Ekweremadu Challenge. Since 2015, Senator Ike Ekweremadu has been accused of doctoring the Senate Rules, dragged to court but was discharged and acquitted; hired assassins have been unleashed on him yet the Federal Government did nothing, the plan to plant huge sums of money in different currencies in Abuja Guest House and rope him failed; he has been accused of illegal acquisition of properties both in Nigeria and abroad all to no avail. And now, what the Presidency has conjured as the final solution to the Ekweremadu problem, is to unleash men of the security forces to lay siege on his residence. This is the full definition of tyranny. Throughout the ages,  experience has shown that tyranny has done more harm than good to society. Therefore, we cannot accept any form of tyranny in Nigeria- not today or tomorrow.

There is no gainsaying the fact that under the present dispensation, Ndigbo have received the least attention or consideration by the federal government. Insecurity has overwhelmed the country with Boko Haram and Fulani herdsmen riding roughshod on the liberties of innocent Nigerians. The Federal Government has not thought it expedient to deploy security forces in areas with significant security threats as is evident in the Middle Belt, but will readily deploy tens of thousands of security men to oversee elections in one state and to lay siege on the residence of Senator Ike Ekweremadu.

For the avoidance of doubt, Ndigbo will not take it kindly if any harm should come on the Deputy Senate President by the Nigerian State under any guise. There is no gainsaying the fact that Senator Ike Ekweremadu has emerged as the conscience of a traumatized nation desperately searching for a leader. He has been consistent in pointing out the numerous failures of the government and offering workable alternatives.

As a people, our belief in the workability of the Nigerian project is not in doubt. We have paid and continued to pay the supreme price for the unity of this country. Our continued belief and sacrifice for the unity of Nigeria is anchored on our position on fiscal restructuring of the country along the lines of true federalism. Rather than pursuing a regime of tyranny, the Federal Government should put machinery in motion for the restructuring of the country and save Nigeria from the agony of learning geology the morning after the earthquake.