News Release: Reversing ICC’s Path To Its Untimely Death At 20: Judge Chile Eboe-Osuji May Be Forced To Resign If.... 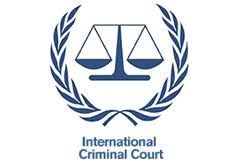 The President of the International Criminal Court, Judge Chile Eboe-Osuji and other newly elected Judges of the Court may most likely be forced to resign in no distance time, unless the Court breaks its ongoing silence of the graveyard over unpopular and widely criticized happenings around the Court since its President’s unusual and troubling visit to Nigeria’s Presidency in April 2018.


Apostles of justice around the world are also called upon to beam their searchlights around the snail pace and partiality driven handling by Prosecutor of the Court, Madame Fatou Bensouda, of the ongoing investigations by the Court around the world especially in Republics of Nigeria and Columbia. We restate again that the International Criminal Court must be saved at all legitimate costs from dying untimely at 20.
It must be clearly stated here that apart from ratification of the Rome Statute by a member-State of the United Nations or a territory with observer status at the UN; making such country a State-Party to ICC, such State-Party is also morally and voluntarily required to locally legislate or incorporate same into its municipal body of laws. This is also called domestication.  The domestication is followed by other steps such as inviting the ICC Prosecutor into the soil of such State-Party to investigate and prosecute crimes of grievous human nature (if any). The remaining four processes or conditions involve signing by the concerned State-Party of four existing voluntary agreements with ICC. It is only and not until these seven processes are completed that a State-Party such as Nigeria can validly lay claims of being “a friend or cooperative member of ICC”.

In all the seven processes or conditions especially ratification, domestication and signing of four existing voluntary agreements of (a) enforcement of ICC sentences,  (b) relocation of ICC witnesses,  (c) receiving of ICC detained persons and (d) accepting to provisionally receive ICC detained persons after their interim or final release that must be followed or fulfilled so as to be truly called “a cooperative State-Party of ICC”;  the Federal Government of Nigeria has fulfilled only one (ratification). Noted here is the fact that non-domestication of the Rome Statute of the ICC by Nigeria does not exclude the country from being investigated or held accountable for crimes of grievous human nature committed in its soil by State and non State violent actors.

Specifically, Nigeria as a State-Party to ICC has grossly failed to domesticate the Rome Statute of the Court. Nigeria has also refused to extend invitation to the ICC Prosecutor to directly commence investigation into mountain of cases of possible genocide, crimes against humanity and war crimes in the country since 2010 when the Court said it started receiving communications (petitions) from victims and other aggrieved Nigerians. The country, till date, has also refused to sign the Court’s four voluntary agreements highlighted above.

Had Nigeria domesticated the Rome Statute, efforts of the ICC at seeking to end the perpetration of crimes of grievous human nature such as crimes against humanity, war crimes and genocide as well as impunity for the perpetrators and their accomplices would have been maximally complemented through the instruments of municipal courts and other justice mechanisms. Yet, the country’s governing authorities have continued to lay false claims of “having fully cooperated with the ICC”. The authorities of ICC, on the other hand, have also compromisingly refused to protest the country’s deceit and uncooperative stance with the Court.

The strong suspicion of ICC’s compromising stance and unholy alliance with the present governing authorities in Nigeria was further brought to the fore when the authorities of the Court betrayed and back-stabbed the Republic of Argentina and its President, Mr. Mauricio Macri (president since 10th December 2015). The Argentine President who became president on “world human rights day”, or 10th December 2015 was the rightful and sole world leader that should have been invited to address the Court at its 20th Anniversary on 17th July 2018. The invitation extended to Nigeria’s President by ICC, instead of President Mauricio Macri of Argentina, was the blunder of the highest order, inexplicable and inexcusable.

It is on indisputable record that Republic of Argentina is the primus inter pares among the members of the Assembly of State-Parties to ICC. Apart from not having any known case of crimes of grievous human nature pending against it at ICC, Argentina is the only country or State-Party of ICC in the world to have fulfilled the seven core conditions or processes of being “a fully cooperative member of ICC”. Having ratified the Rome Statute of ICC on 8th February 2001, Argentina has also signed all the four voluntary agreements with ICC, with the last (receiving ICC detained citizens after their interim or final release) signed as recently as on 28th February 2018 ahead of ICC’s 20th Anniversary.

It saddens our heart, therefore, that in spite of this clear-cut solidarity and optimum cooperation shown by Republic of Argentina, the authorities of ICC back-stabbed the country and rewarded a recalcitrant State-Party and its leaders, seen by many critics as the Court’s leading culprit in Africa. The worst of it all is the silence of the graveyard maintained by the authorities of the Court in the midst of raging public outcries; which many pundits view as “admission of guilt”.

The continued silence of the graveyard by the Court sinks same deeper and deeper into a perdition path. Romancing with a pariah country and its leadership manifests unhidden capacity to facilitate the speedy funeral of the Court including possible mass resignation of the appointed and elected staff of the Court as well as mass membership withdrawal and drastic cuts in the funding of the Court by the funding governments and agencies.

Therefore, urgent measures must be initiated and put in place to rescue the all-important Court and prevent its early and untimely death at 20. To this effect, the UN Security Council, the United Nations Secretary Gen and the Assembly of State-Parties to ICC should put machinery in place to cause a comprehensive investigation to be carried out so as to ascertain the circumstances (sponsorship and possible influence and inducement from a desperate State-Party) surrounding the emergence of Judge Eboe-Osuji and other Judges of the Court as newly elected Judges of the Court elected in March 2018.

The findings of such investigation should determine whether: (a) there were elements of corruption,  corrupt practices or compromise from any State-Party including Nigeria in the choice or election of the Judges including the Court’s President, (b) the circumstances including ethical or code issues surrounding the unusual and troubling  visit in April 2018 of ICC President, Judge Eboe-Osuji to Nigeria’s Presidency/governing authorities and widely criticized return invitation extended to President Muhammadu Buhari, leading to his active participation at the Court’s 20th Anniversary on 17th July 2018 and (c) unpopular and snail pace handling by ICC’s Prosecutor, Madame Fatou Bensouda of ongoing investigations originating from thousands of petitions filed before the Court in the past eight years especially those from Republics of Nigeria and Columbia.

As further measures geared towards rescuing the International Criminal Court, the Statute creating should be amended or expanded to incorporate and entrench democratic principles especially principles of limited tenure or single/two term tenure of office, effective checks and balances, bicameral legislature, rule of law and separation of powers. These shall go a long way in checking regime atrocities and culture of impunity as well as eruption of complex emergencies and intractable armed conflicts especially in Africa.

Specific efforts should also be added to enthrone legitimate and purposeful leadership at the ICC capable of wooing important countries like USA, China, Russia, Iran, North Korea, Israel and others into the ICC family as fully fledged State-Parties and preventing the likes of France, UK, Japan, Italy, Germany and key others who are strong members of ICC from leaving or withdrawing. In the event the comprehensive investigation under demand is initiated, Judge Chile Eboe-Osuji as President of ICC should step aside to ensure fairness and impartiality and in fulfilment of the two cardinal principles of the laws of natural justice: nemo judex in causa sua and audi alteram partem.