Article: The Dangers of Smear Campaign 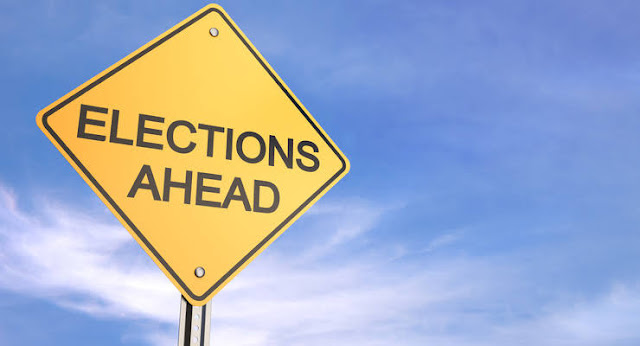 
Generally, campaigns begin many months or even years before the election. To launch and operate a successful campaign, candidates first organize a network of committed campaign workers, both volunteer and professional. They also establish a fund-raising apparatus to finance organizational, travel, polling, and advertising expenses. Hired consultants amass voting and polling data that enable candidates to assess in specific terms the electorate’s needs, hopes, fears, and past behavior. Finally, campaigns develop media and advertising strategies for communicating the image and message of the candidate. (Microsoft ® Encarta ® 2009.)
As an organized effort by a political party or candidate for public office to attract the support of voters in an election, political campaigns play an important role in the education and mobilization of citizens in most democracies. And done properly, they mold and influence opinions.
On the other hand, smear campaign is a sustained slander: a concerted effort to damage somebody’s reputation by spreading harmful rumours about him or her. It involves mudslinging, whispering campaign, muckraking, defamation, slander, libel, vilification, talk, rumour, gossip meant to pull someone down.

A smear campaign, also referred to as a smear tactic or simply a smear, is an effort to damage or call into question someone's reputation, by propounding negative propaganda. It can be applied to individuals or groups. (Wikipedia)

The use of propaganda in political campaigns has been defined as “the more or less systematic effort to manipulate other people’s beliefs, attitude or reaction by means of symbols” (Encyclopedia Britanica1980, Vol.15). To achieve the goals of propaganda, the propagandist deliberately presents a selection of facts, argument and displays of symbols in ways he thinks he will have the most effects. To maximize effects, he may omit pertinent facts; he may try to divert the attention of the reactors (the people he is trying to sway) from everything but his own propaganda. From the foregoing, it can be seen that propaganda can deliberately distort facts and figures in an attempt to persuade the audience.

Propaganda may manifest in any of the following five ways: false statement made in the genuine belief that they are true; deliberate lies; the suppression of truth; the suggestion of falsehood; and the slanting of news (Balfour 1979:427). Political propaganda is what obtains when a group, which may be a political party, government or any of its agencies, adopts persuasive techniques to influence people in order to achieve their goals. It adopts different persuasive techniques whose aim is to persuade the electorate to vote in the interest of the party mounting the campaign. And the success of the propagandist in achieving his overall aim depends on his ability to exploit tradition and sentiment (Szanto 1978:48).

Therefore, a smear campaign is an intentional, premeditated effort to undermine an individual's or group's reputation, credibility, and character. It is a disingenuous form of discourse that does not bear upon the issues or arguments in question. Simply put, it is effective in diverting attention and attempts to malign an individual or a group with the aim of undermining his or their credibility. It often consists of ad hominem attacks in the form of unverifiable rumours and distortions, half-truths, or even outright lies!
Even in professional body’s politics today, all sorts of smear campaign occur. Your opponents will stop at nothing – they are going to smear your name to your friends and family, colleagues and partners and try to do it first so that they come off looking like a victim instead of the nasty inhuman that they are. They will come up with some plots designed to isolate you, have others abandon you, demonize you, make you think you are crazy and make you suffer… they will do everything to paint you black, make you look very incompetent and fraudulent, lacking in trust and confidentiality.

The reason people do smear campaigns is to draw away attention to themselves and set up themselves as victim. And smear campaigns work because people are more likely to believe misinformation about someone they see as different from themselves. Scientists have long known that we tend to have a preference for people of our own social category, “an us-versus-them sort of mentality,” so smear campaigns often thrive on divisive tendencies. “A smear campaign is the ultimate betrayal. Your abuser twists events and with malevolent stabs in the back, presents to anyone who will listen a new picture of your life. And it ain't pretty. Half truths and full deception cause you to be shunned and exiled. They ally your very own friends, spreading malicious gossip and slander against you. The enemy wants you to feel isolated and alone, weak and vulnerable, so that he can finish you off.”
The reality is that most people will believe the sociopath's clever lies, because he or she is much more practiced in manipulating and controlling people than you are.
So what do you do?
Never fight a sociopath on their own turf. Get immediately to higher ground – by choosing Love. They, because they are choosing to operate at a subhuman level are stuck with ground-level warfare. But you exist in a higher nature and their words cannot harm you, unless you descend to their level. You are more powerful than you realize!
There is a time and place to speak the Truth, where it will blow the smear campaign to bits and backfire on your attacker. But it's not natural. It won't feel right, at first. First, you have to get up onto the high ground. Here's how… Praising God, using His Word, lifts you high above their flame-throwing words. For real. When you declare God's truth His Spirit empowers your words with the fire of God and whoever dares to get close to you will be burned. Love is a consuming fire.
Here's the secret: Be prepared ahead of time with a written (or memorized) manifesto. Your emotions will likely be too chaotic in the moment of betrayal and deception, so write down a declaration, a manifesto that will reverse the curses and turn them into blessings. Keep that paper close at hand, at all times. Read it out loud as many times a day as you need to keep the terror at bay... (White Dove; The Most Powerful Weapon to Defeat s Smear Campaign)

But because a lie told a thousand times might be taken for truth, it becomes imperative to among others plan legal response to smear campaign, establish a public relation response and use your supporters to counter every false claims or publications against you. When they are done right and in time, smear campaign would end up becoming an advertising tool for victory because it has ways of bringing about unsolicited but wide publicity!
In conclusion, we should be mindful of our conducts while politicking as whatever we say or write during electioneering campaigns may be used against us. Yes, the law recognizes the value of reputation and credibility and as such both libel (a false and damaging publication) and slander (a false and damaging oral statement) are often punishable by law and may result in imprisonment or compensation or fees for damages done. Again, election result can go either way so when someone that you wickedly and mercilessly maligned wins, what will you do? Be careful.
Posted by PublicInformationProjects at 14:59