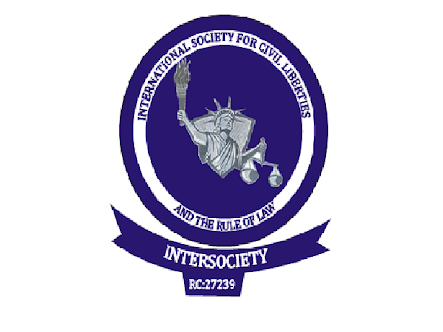 The Government of Anambra State through its Attorney General and the authorities of the State Police Command must unconditionally release, discharge and acquit the following six incarcerated and persecuted citizens: (1) Anazo Ilomuanya (94yrs old Chief Priest of Ndiekwulu Deity in Ozubulu), (2) Okoli Appolo Udegbunam (68yrs), (3) Igbokwe Nnanyeleze (65yrs),(4) Ifediorah Aloysius (64yrs, (5) Emeka Anaekwe (38yrs), who is the leader of the disenchanted Ozubulu youths and (6) Richard Obimaluokwu (not among the first arrestees but was later arrested and charged for “trial by ordeal”, among other phantom charges and remanded in Nnewi Prison custody till date).


Intersociety is specifically calling on the Attorney General of Anambra State & Commissioner for Justice to as a matter of urgent public importance and inexcusability, file a motion for withdrawal and discontinuation (nolle prosequi) of the said phantom charges of “trial by ordeal”, among others; deemed vindictive and diversionary. In other words, the State AG should urgently exercise the said powers vested in him by Section 211 (c) of the 1999 Constitution (to take over and discontinue criminal trial at any stage during its trial in his State). The six incarcerated innocent citizens especially the 94yrs old Chief Priest of Ndiekwulu Deity, Ozubulu, must be released unconditionally and discharged and acquitted.

It is the position of Intersociety that the six incarcerated citizens who are all indigenes of Ozubulu Community in Ekwusigo Local Government Area of Anambra State are being incarcerated and persecuted on the grounds of their faith particularly for exercising their rights to freedom of religion and worship having belonged to or became sympathizers of traditional religion; guaranteed as a fundamental human right by Section 38 of the Constitution of Nigeria 1999 as well as the UN Covenant on Civil & Political Rights of 1976 and the African Charter on Human & People’s Rights of 1981; all of which Nigeria is a party to.

Background: The six incarcerated citizens were on 20th July 2018 arrested by the combined operatives of the Ozubulu Police Divisional Command and the State Criminal Investigation Department, all of the Anambra State Police Command. The arrested citizens were detained at the State CID, Awka for four days and accused spuriously of sundry misdemeanor charges ranging from “trial by ordeal” to “malicious publication” and “defamation of character”; leading to their arraignment at the Ekwusigo Magistrate Court in Ozubulu.

They were arraigned with Charge No.: MOZ/128 C/2018: Commissioner of Police, Anambra State v Emeka Anaekwe & 4ors; from where they were remanded in Nnewi Prison custody till date owing to hash bail conditions imposed or attached to their court bail. Offences of misdemeanor wrongfully slammed on the six incarcerated citizens legally attract lenient bail conditions and punishable only with one year imprisonment on conviction, on each of the count charges.

Contrarily, the six incarcerated citizens were granted bail with stringent conditions suspected to have been manipulated by a cabal with a hand in series of organized crimes (i.e. drug war killings) that gripped the Ozubulu Community in recent years including the 6th August 2017 Catholic Church massacre in which 13 worshippers were massacred and 22 others inflicted with various degrees of gunshot injury. Efforts to get the bail conditions varied using the same Magistrate Court were frustrated by the same cabal said to have strong sympathy of the State Police Command as well as reported backing from some top officials of the Government of Anambra State and the Nnewi Diocese of the Catholic Church in Nigeria.

The bail variation efforts paid off at a State High Court via the Presiding Vacation Judge, Hon Justice S.N. Odili who heard a motion on notice for variation of the hash bail conditions on 20th August 2018 and got same varied in his ruling delivered on 23rd August 2018. While the new bail processes and conditions were being perfected, the same cabal hurriedly filed a notice of appeal before the Enugu Division of the Court of Appeal for stay of execution of the High Court judgment granting lenient bail conditions to the incarcerated six innocent citizens.

Intersociety was also told that the shoddy services of the officer in charge of the appeal unit at the State High Court were procured for purpose of preparing and transmitting fraudulent records of proceedings to the Court of Appeal; all for the sole aim of keeping the six innocent citizens perpetually incarcerated in the prison custody. The worst of it all was how the Enugu Division of the Court of Appeal was reportedly misled and furnished with falsified records of proceedings and surprisingly stampeded into fixing 25th April 2019 as “a hearing date for the motion on notice” for stay of execution with respect to the State High Court ruling varying the hash bail conditions. What all this means is that if the ungodly status quo is allowed un-reversed, a 94yrs old man and three others in their mid 60s will be kept in prison custody till April 2019.

Facts of the Matter: On 6th August 2017, no fewer than 13 Catholic Church congregants or worshippers were massacred during their early morning church service in which 22 others received various degrees of injury. The mass murder took place inside St Philips Catholic Church, Umuezekwe Ofufe, Amakwa, Ozubulu in Ekwusigo LGA of Anambra State. The church building was singly built and donated by one Aloysius Ikegwuonu to the Catholic Diocese of Nnewi headed by its Bishop, Most Rev Paul Hilary Odili Okeke. The named single church builder, said to be the prime target of the mass murder also lost his father (Cyprian Ikegwuonu) and another of his relative, Mrs. Caroline Ikegwuonu who was shot and injured. The said single church builder is widely believed to be a controversial businessman based in South Africa, where he reportedly maintains vast business interests till date.

Following dissatisfaction by many youths and other indigenes of Ozubulu over what they saw as diversionary, partisan and poor handling by Police, the State Government and the Catholic Church of the mass murder case which had in recent years taken lives of dozens of young male indigenes of the Community, a decision was taken to consult the Community’s ancient god of justice called “Ndiekwulu Deity” to strike on mother earth her sacred and ancient staff or scepter of justice to spiritually visit her wrath on those behind the spate of killings in the Community; since Government, Police and the Church appeared to be shielding them and partaking in sharing their blood money for purpose of perverting justice and harboring sacrilege.

The concerned youths and indigenes of the Community further felt disappointed at the turn of events whereby the real kingpins and other culprits in the mass murder are being protected or shielded by the powers that be in the State and the Catholic Diocese of Nnewi while nominal parties to the mass murder and possibly innocent others are being paraded or prosecuted as the real masterminds; with others recruited to possibly bear false witness for a bloody fee. The moves by the youths and the traditionalists to resort to traditional justice did not go down well with the said cabal who reigned in and visited State security and political apparatuses on the youths and the named traditionalists; accusing them of “trial by ordeal”, among other phantom charges.

For purpose of records and clarity, the offence of “trial by ordeal” as contained in Section 209 of Nigeria’s Criminal Code Act of 2004, concisely means administering of witnesses to a pending trial, or on a complaint brought before a deity against such person, or parties to oath before a deity to perform the dictates of the deity. In this case, the person complaining trial by ordeal must be present in the deity and will be sworn to that oath against his or her will/wish.

Punishment in the offence of “trial by ordeal” according to the same Section 209 of CCA of 2004 is classified as misdemeanor punishable by one year imprisonment. The offence is generally categorized under Chapters 19 and 20 of the Criminal Code Act of 2004 under “Offences Relating to Religious Practice (i.e. Ordeal, Witchcraft, Juju and Criminal Charms)”.

Conversely, the facts of the matter highlighted above are in no way connected with offence of “trial by ordeal” as no right or false witness in the ongoing criminal proceedings over the mass murder was summoned or taken to the deity against his or her will/wish neither was any suspected culprit or party to the mass murder summoned to appear before the same benevolent deity. It was purely an innocuous case of community members in search for god justice through their ancestors and benevolent forces holding representative sway in the cosmic world.

Intersociety hereby makes bold to say that the conduct of the youths and the traditionalists is not only lawful and constitutional but also a combination of exercise of right to freedom of worship and legitimate recourse to traditional method of conflict resolution. The incarcerated six citizens and other concerned youths and indigenes of Ozubulu Community deserve commendation and not persecution in the hands of the Government of Anambra State and the Police created to uphold the laws of the land, promote values, protect the citizens’ fundamental human rights and shun all forms of social vices including ill-gotten and blood wealth and their wielders/bearers.

The panicky moves by the cabal and supportive government persecution and protection is a confirmation of not only guilty as accused but also attempts to fight the god of traditional justice and pervert justice in the worldly and cosmic or spiritual realm; defying their calamitous consequences. Should anything untoward happens to these aging citizens, particularly Anazo Ilomuanya; 94yrs old Chief Priest of Ndiekwulu Deity (Ozubulu), Okoli Appolo Udegbunam, 68yrs old, Igbokwe Nnanyeleze, 65yrs old and Ifediorah Aloysius 64yrs old or two others, then the Government of Anambra State and the State Commissioner of Police and his OC/Legal (B.A. Onwuemekaghi) shall be held responsible!