News Release: Beyond The Rejection Of Results By PDP 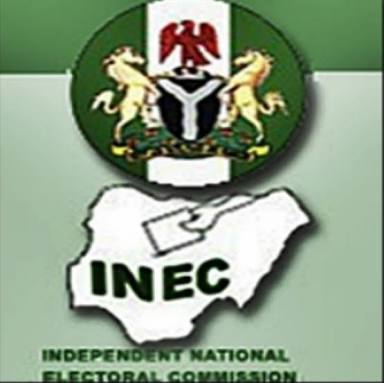 Int'l Society for Civil Liberties & the Rule of Law is calling on the People’s Democratic Party, PDP, to go beyond the rejection of the results of the recently held Presidential Election in Nigeria as being announced by the integrity challenged Independent National Electoral Commission. Specifically, the Party must legally and patiently wait for the conclusion of the announcement of the INEC’s version of the Presidential Election results; after which the Party must put in public domain its own country-wide collated results from the country’s 176,000 polling centers; which must be done with State-by-State breakdown.


Intersociety identifies with the Party over its rejection of the Presidential Poll results especially when such rejection arises from widespread disparities between what INEC is announcing and the independently collated results including those in the hands of PDP and observers or sighted by same as well as independent intelligence reports of widespread tempering of the collated results across the country by the officials of the Nigerian Presidency as disclosed in the Party’s statement and other reliable sources.

Other sources include reports from several Igbo intelligentsia and privileged personalities alleging massive suppression in the Southeast INEC strong rooms of total figures generated from polling units across the geopolitical zone. Circumstantially speaking, it is unheard of in the history of election in Nigeria that nearly one week after an election was conducted in a country of less than 200m, results are still being withheld; suggesting strongly that they are facing massive alteration or padding in favor of the ruling central Government. In India, a country of over 1.3b with about 800m voters, national election results are readied, at most, 48hrs after the poll.

It gladdens our heart and that of most Nigerians and members of the international community that PDP through its own situation room and deployed election field agents; with the help of ICT, said it has all the results from all the 176,000 polling centers in Nigeria. It will gladden our heart, too, if the results collated by the Party were done in full compliance with the INEC guidelines and extant electoral laws of Nigeria particularly the Electoral Act of 2010 as amended (i.e. such result sheets must be original INEC’s result sheets called “FormEC8As” or their likes, signed and stamped by the polling officer (s) and co-signed by agents of the participating parties on the ground).

Since PDP says it has “all the results from every polling unit, electoral ward, LGA, District, State and national levels from the 176,000 polling centers in the country”; such held results can be re-arranged accordingly especially in  State-by-State order and put in the public domain for Nigerians and others to see; for purpose of comparing and contrasting the INEC’s version. Easiest method to be used by the Party for purpose of further or deeper analysis of the entire results from polling units to ward and LGA levels, is to create an electronic link for each State, done in secured ICT files (i.e. PDF). In other words, there shall be provided for public view by the PDP a State-by-State breakdown of its claims with each State result sheets containing additional link to FormEC8A derived results from each polling unit or that of every ward in each State.

Beyond this and very importantly, PDP should also attach in the results lists arrows or symbols indicating areas or units, ward, LGAs and States where the INEC’s version of the results were padded or inflated in favor of PMB and his APC. Areas where PDP results were suppressed or mangled in the INEC’s version of the entire results must also be pointed out with marks or symbols.

Added advantage is whereby such collated and duly signed results were pictured or videoed at polling units where they originated before being transmitted. Such arrangement, if made, will technologically and easily differentiate or identify the fakery of those being bandied by INEC and APC especially during election petition proceedings. This can be done using modern techniques or applications used in dictating the origin or destination, dates and time of pictures or recorded videos.

Beyond the above highlighted, it is a popular criminological parlance that “it is better to arrest an armed robber or kidnapper in his hideout than to chase him when he is on rampage”. That is to say that the PDP was and still is an accomplice in the political satanic influences or conducts running riot and rising to an apogee in Nigeria’s political dispensation including the leprous conducts of the top leaders of the present INEC. Also when the Attahiru Jega  PVC virus was infested in the polity four to five years ago, the Party’s then central Government condoned same and refused to do nothing even when severally called upon. Today, the virus has let loose on its condoners of yesterday.

The stark reality of the 2019 Presidential Poll is that the electoral wishes of many Nigerians including most citizens of Southern Nigeria and Northern Christians expressed in the recent bloc votes given to the Party, but brutally suppressed; were done not because PDP as a Party is socially saintly or ideologically founded or has unblemished status; but because they saw the Party as a “better evil” compared to monstrous evil now in charge of Nigeria and wanted a pseudo change in the country’s socio-legal and democratic system. It is a case of people wanting some breathing space under new “constitutional oligarchy” masqueraded in democracy than to stay in perpetuity at the expense of their lives and liberties under the present “absolute and tyrannical oligarchy”.

The PDP, therefore, must rise above board or be permanently done away with. The Party must remain eternally grateful to Nigerians for re-baptizing it and making it a new saint. The massive votes of Nigerians and millions of others who expressed intents to vote for it but were brutally dispersed and quelled by the military and Government hired hooligans; must not be taken for granted. Voting in an election is beyond being declared winner by the likes of integrity challenged INEC; but a popularity and acceptance test. The central message from teeming Nigerian voters to PDP is to rise to the occasion and save them and the country from the trios of Fulani jihadists, Boko Haram jihadists and their grand masters-jihadists at Aso Rock and their lieutenants spread across the country’s military, intelligence network and other security establishments.

In Southeast where not less than five million PVC holders trouped out to polling centers to vote but were suppressed and frustrated from voting by the deployed security personnel, the INEC (via deliberately created voting bottlenecks) and the gubernatorial “Ifeajunas” of our time; likewise in the South-south and Igbo dominated Northern Nigeria and Southwest where over six million PVC holders ,each,  came out to vote but were attacked, shot at, chased away and suppressed by thousands of deployed armed soldiers and hooligans hired by loyalists of the central Government; the PDP must not under-estimate or toy with such massive electoral expressions.

It does not matter whether their massive electoral expressions are captured or suppressed by INEC or not, rather, their messages are sound, loud and clear to the newly sainted PDP-protect us to live peacefully and progressively in Nigeria or protect us to live apart in peace and progress as distinct sovereignties.

The 2019 Presidential Poll in Nigeria is also seen as a referendum where the jihadists and their humanized herds of cattle, massively backed by the Islamist security forces, correctly and robotically voted for the retention of  the status quo (killings, maiming, property destruction and pillages, kleptomania, immorality, insecurity, falsehood, lawlessness and general mal-administration) whereas the moderates and thinkable Nigerians took the opposite and voted for a clear departure from the status quo.

For: For: Int’l Society for Civil Liberties & the Rule of Law (Intersociety)