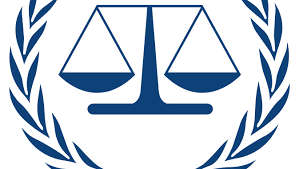 The successful filing of criminal complaint was done on 11th February 2019 at the Office of the ICC Prosecutor in the Netherlands and in accordance with Article 15 of the ICC Statute of 1998. Owing to overwhelming evidence earlier submitted, Mr. Bruce Fein (former Associate Attorney Gen of USA) and his associate, Mr. Bruce DelValle were graciously invited by the Chief Prosecutor (Ms. Fatou Bensouda) to her office in the Netherlands to make their formal presentation and filing of other necessary documentations. The eloquent and erudite Law Firm was accompanied to the Netherlands by Prof Justin Akujieze (President of EKWENCHE Research Instituteand Mr. Luke Nwannunu, Chair of the Genocide Legal Committee of our Institute/Organization).
The submission of the perpetrators’ names and filing of the criminal complaint were in response to Nigerian Government ordered genocide and crimes against humanity perpetrated or committed against defenseless citizens of Igbo origin in Eastern Nigeria. The horrendous crimes were committed in non war situation without any form of justification under Nigeria’s extant laws and international laws including treaty laws signed and ratified by the Federal Republic of Nigeria.
This latest bold step taken by EKWENCHE is as a result of three years of research work done on the massacre by the Int’l Society for Civil Liberties & the Rule of Law-INTERSOCIETY. Intersociety is a foremost researcher Nigerian rights NGO based in the Igbo heartland city of Onitsha which recently conducted and completed an 85 page research work with another 62 page photo album of the victims. TheIntersociety’s research work, leading to the filing of the criminal complaint at ICC is titled: Under Buhari & Osinbajo: Many Have Gone & Crippled For Life In Eastern Nigeria (Detailed Chronology of Nigerian Military Massacre Operations in Eastern Nigeria: August 2015-Sept. 2017). The pieces of evidence contained in the research work are shocking and overwhelming.
It would be recalled that EKWENCHE had in June 2017 filed a civil claimant suit in the US District Court for the District of Columbia. The suit filed on behalf of ten Nigerian families who lost their loved ones or were grievously tortured by Nigerian security personnel under the authorization of named Nigerian security chiefs with complicity of others including Govs William Obiano and Victor Ikpeazu of Anambra and Abia States, is presently at the preliminary appeal stage before a US Court of Appeal.
The latest moves by EKWENCHE is also in fulfillment of her earlier promise in 2017 through the Law Firm of Fein & DelValle, PLLC, to drag PMB and other identified Nigerian security chiefs and the above named conspirator Govs to ICC  concerning coordinated and systematic genocidal massacre in Eastern Nigeria.
Posted by PublicInformationProjects at 13:32