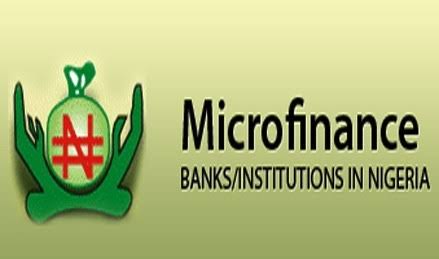 I read an interesting Editorial piece in The Nation Newspapers of Monday, May 6, 2019, entitled: ‘Postmaster or Banker.’ The newspaper specifically advised the Nigerian Postal Service (NIPOST) to “focus on its core mandate”, instead of venturing into the “trickiest” business of ‘opening 2,000 Microfinance Bank (MFB) outlets.’ As a concerned Nigerian, I have decided to make some few comments.

To begin with, Nigeria is an interesting country which drama will not stop amazing the world. The interestingness of her Nigerianness derives its oxygen from the fact that previous governments have been known to spew out policy statements and ideas as if they are going out of fashion. In most cases, these policy pronouncements and rhetoric are more for political effects than their stated, intended objectives and projections. However, the Muhammadu Buhari-led government has chosen to be different and the results are already showing!


That said, let us be clear on the ‘project proposal’ of the Central Bank of Nigeria (CBN) in conjunction with the Bankers’ Committee, NIPOST and selected, or other licensed or interested parties, which is to create more credit outlets to the rural dwellers, particularly, most of the unbanked population of this country. The question remains; is the project feasible? The answer, of course, is ‘yes, it is feasible.’ Well, this position has nothing to do with the involvement of the Postmaster-General, extant staff of NIPOST or ‘what’s not’ in the scheme. Rather, it has everything to do with policy input and the determined will of the apex bank and the Bankers’ Committee to make the scheme a success. After all, in the specifics, chartered bankers have been known to run banks aground; certified Insurers have ended up filing for bankruptcy; while bureaucrats and technocrats have been found to be so corrupt that government bureaucracy and agencies have had to function only through kleptocracy.

Due to space constraints, I prefer to look at the policy goals and objectives and the adopted modes of operandi.

Findings by yours sincerely revealed that the Bisi Adegbuyi-led NIPOST is neither floating a Microfinance Bank nor abdicating its responsibilities. As a matter of fact, that issue has long been laid to rest as far back as 2016 when the Postmaster-General unequivocally stated that “the establishment of NIPOST Bank was not feasible under the present economic realities and dispensation.” Instead, it is going to accommodate the bank inside its facilities or structure in designated places while it minds its core mandate. But that does not imply that ‘NIPOST Banking’ is not a worthy venture. After all, other countries have tried it and made a success of it. To set the records straight, the project is a venture undertaken by the Nigeria Incentive-based Risk-sharing System for Agricultural Lending (NIRSAL), Bankers’ Committee and NIPOST; and the objective is to bridge the intervention gap where the conventional MFBs have failed.

The way I see it, government reasons that, since NIPOST is probably the only government institution that is so close to the financially-excluded public, a National Microfinance Bank utilizing Post Office outlets can get the needed government interventions to the target beneficiaries. As such, the programme was designed in a way that the bank will have at least one branch in each Senatorial District while the remaining NIPOST offices will provide agency to the bank's customers as part of NIPOST Agency Banking Scheme. Due to the importance NIPOST attaches to the development of the Micro, Small and Medium Enterprises (MSMEs), it is accommodating the bank for the purpose of contributing to the reduction of unemployment and poverty as well as the diversification of the economy.

The argument for the appropriateness of the choice of NIPOST in the operation calculus of this scheme is unassailable. The organization, through the Federal Government, built Post Offices - of course, with the taxpayers’ money - in nearly every nook and cranny of this country, primarily, to ensure easy flow of communicable information through mails, and free long distance and effective inter-state communication. Unfortunately, with the spate of changes in technology, and adaptation to new ways of communication, isn’t the suggested conversion of these facilities into functional and productive use a brilliant idea? After all, it is in the ability of NIPOST to leverage its property for ease of logistics and operational effectiveness that the relevance and associational value is to be located. The spread and reach of the corporation’s outlets alone, guarantee access to these farmers, artisans, traders, and other would-be end-users.

These rural dwellers are predominantly smallholder farmers, artisans, traders, street hawkers, house-helps and other low-income earners whose economic activities are seldom captured in the finance matrix and statistics of the national economy. They are not only unbanked, they are also numerically and financially unindexed. Thus, in the real terms of national finance, they are alienated. Against this backdrop therefore, this idea is not only noble and commendable, we ought to have needed it since yesteryears! After all, if our domestic economy is to be reflated and energized, a measure of banking services is needed, and must be operative in places where the least of microeconomic activities occur, especially, in the rural areas. In spinning economic activities, little banks’ advances to farmers, soft loans through MFBs to petty traders, artisans, among others, do all the needed magic.

Of a truth, nothing in the society happens without causation. This again brings us back to the issue of unemployment, especially, for our employable youth. Over and over again, Nigerian government has described itself as an enabler of business. A development project, especially, in a ‘Next Level’ Nigeria, becomes something else if it cannot be of use to the generality of the populace. But national necessity demands that no single institution can go it all alone; not even the CBN, with all its pride, even, hypes about its huge financial war chest! In this wise, those who are moved and motivated by a romantic appeal for the Common Good must have to look beyond hectic and needlessly chaotic obtainments of the moment to seek partnerships, as it were, for the greatest happiness of the greatest number of Nigerians.

Let Nigerians be vigilant and watch with keen interest, the careful take-off, and successful implementation of the scheme.

May the Lamb of God, who takes away the sin of the world, grant us peace in Nigeria!

(KOMOLAFE writes in from Ijebu-Jesa, Osun State, Nigeria, he can be reached via: ijebujesa@yahoo.co.uk)
Posted by PublicInformationProjects at 06:45