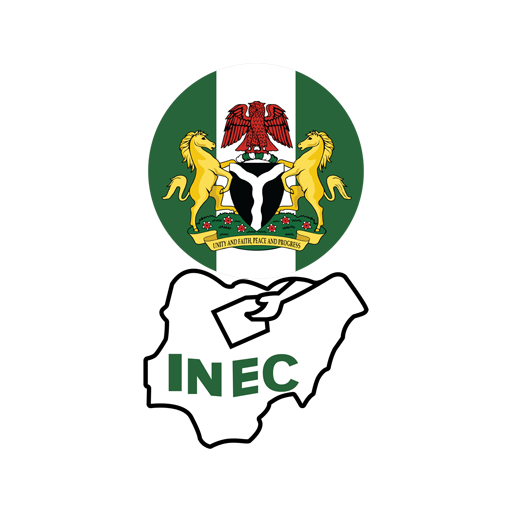 The Int’l Society for Civil Liberties & Rule of Law is again strongly calling on the Independent National Electoral Commission, INEC, various parties in the 2019 Election Petitions Tribunals (pre and post election litigations) and the electoral courts handling the electoral disputes to strictly follow due process and stop observing laws in breach. The named must also avoid bastardization of the fair hearing principles clearly outlined in the country’s Constitution 999 as amended and stop being clever by half or cutting corners in matters of dispensation of electoral justice in Nigeria or any part thereof.

Intersociety also strongly stands against and will continue to stand against persons, bodies and forces working through courts or using other despicable means to stop or scuttle the inauguration or swearing in ceremonies next week, being 29th May 2019, of the newly INEC declared elected public office holders in Nigeria; be they Governors and their deputies, Senators, House of Rep Members, State Legislators or President and Vice President.

On the other hand, several illegitimate moves through courts and others by some parties, their lawyers and loyalists are being publicly reported from right, left and center across the country, designed to stop or scuttle the swearing-in or inauguration on 29th May 2019 of some public office holders or would-be public office holders recently declared returned by INEC during the recent General Elections.

Apart the pendency of a motion or application filed by the Presidential Candidate of the HDP before the Presidential Election Tribunal asking for an order stopping the swearing-in of President Muhammadu Buhari on 29th May 2019, the incumbent Governor of Sokoto State, Mr. Aminu Tambuwal had also few days ago raised alarms, saying that some forces loyal to APC and its governorship candidate in Sokoto State are working clandestinely to stop or scuttle his second term inauguration and swearing-in on 29th May 2019. These instances are just to mention but few. We see these as act of desperation and threat to further undermine the country’s democracy and rule of law.

It saddens our heart that despite the fact that laws guiding the conduct of elections in Nigeria, issuance of Certificates-of-Return to candidates declared returned by INEC and court redresses by the aggrieved parties and their lawyers are clearly written in black and white and unambiguously spelt out in both the 1999 Constitution and the Electoral Act of 2010 with their relevant amendments; the Independent National Electoral Commission, INEC, and some desperate parties including political parties and their candidates have chosen to resort to cutting corners than to follow due process and stick to fair hearing principles enshrined under Section 36 of the 1999 Constitution.

By the clear provisions of the Electoral Act of 2010 as amended, once a Certificate-of-Return is issued to an INEC declared winner, the Commission is disempowered by the same Electoral Act and the Constitution (through its fair hearing provisions) to withdraw same until the court of last instance or resort revokes or nullifies its validity.  For purposes of clarity and records, in matters of pre election litigations in Nigeria with their newly stipulated time limits, be they Presidential, Governorship or National/State Assembly; the court of last instance or resort is the Supreme Court of Nigeria (see S.233 (2) (e, etc) of the 1999 Constitution).

While the maximum of ten months is required in disposing all post Election Governorship cases, terminating at the Supreme Court, eight months each are required to dispose all post Presidential Petitions (starting at Appeal Court and terminating at Supreme Court) and the National/State Assembly post Election Petitions (starting at tribunal, which is equivalent to a High Court and terminates at the Appeal Court).

Strikingly, INEC’s lack of constitutional or legal powers to withdraw or revoke or retrieve or nullify the Certificates-of-Return especially after they have been issued to declared and returned poll candidates or withholding of same is clearly and unambiguously provided in Section 75 of the Electoral Act of 2010 as amended.  Also where laws are written in black and white in a statute such as the 2010 Electoral Act of Nigeria, electoral policies and guidelines become mere tissue papers especially when such policies and guidelines rise in contest or conflict with the written law.

Accordingly, therefore, Section 75 (1) of the Electoral Act of 2010 as amended clearly provides as follows: A sealed Certificate-of-Return at an election in a prescribed form shall be issued within 7 days to every candidate who has won an election under this Act-Provided that where the Court of Appeal (in the case of National/State Assembly) or the Supreme Court (in the case of Presidential and Governorship or pre Election Petitions) being the final appellate court in any election petition as case may be nullifies the Certificate-of-Return of any candidate, the Commission shall within 48hrs after the receipt of  the order of such Court, issue the successful candidate (victorious litigant) with a valid Certificate-of-Return. (And) where the Commission refuses or neglects to issue a Certificate-of-Return, a certified true copy of the order of a court of competent Jurisdiction shall, ipso facto, be sufficient for the purpose of swearing in a candidate declared as the winner by that Court.

By the above provisions, once a candidate declared returned, whether rightly or wrongly, by INEC at an election is issued with a Certificate-of-Return, INEC is legally or constitutionally disempowered to reverse or withdraw the issued C-O-R, except by order of a court of last resort or court of last instance in a particular pre election or post election petition.  Also, not even the order or judgment of the court of first or second resort, other than court of finality or last resort, can invalidate the issued Certificate-of-Return; provided the candidate who lost in the suit exercises within a stipulated time frame his or her right of appeal and fair hearing in accordance with Section 36 (5) of the Constitution.

We hereby make bold to say that the present leadership of INEC in Nigeria is engaging in clear acts of illegality by still withholding the Certificates-of-Return of the outgoing Governor of Imo State, Mr. Rochas Okorocha and others yet to be issued with same. The Commission further observes the laws of Nigeria, i.e. the Constitution (1999) and the Electoral Act (2010) in gross breach by magisterially and dictatorially withdrawing the 25 Certificates-of-Return it earlier issued to the declared winners of various legislative polls across the country. The Commission must therefore retrace its steps from path of perdition, refrain from behaving as an outlaw and release all the Certificates-Of-Return in its illegal possession to their rightful owners without further delays.