Article: The Danger Of Expired Politicians In The Nigerian Public Space (Part 1): 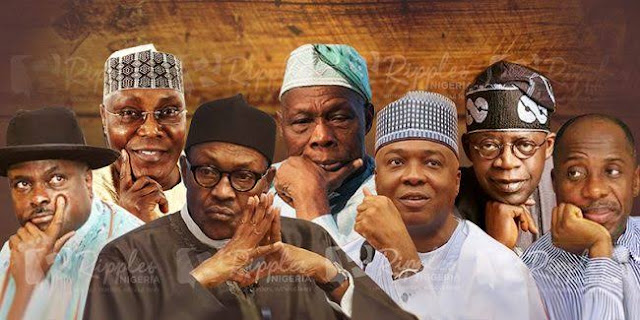 (The Case Against “Rochas Okorocha”, “Bola Tinubu”, “Orji Uzor Kalu”, “Nasir el-Rufai” & Others)
Intro:
This is the first in a series of leadership articles authored by the trio ofAdeyinka, Nwakanma & Adamu.  The authors are new-breed political analysts who worked closely with some of the new-generation presidential candidates, in the just concluded 2019 presidential elections.
Pursuant to the need for brevity, the series will be released in several parts; the first part addresses Rochas Okorocha.  The second part will address Bola Tinubu, Orji Uzor Kalu and Nasir el- Rufai.  Other future Releases will address other politically exposed persons in the national space, especially those that dare to express interest toward the 2023 presidential elections Nigeria.
Even though some of the subjects of these articles are current or recently elected officials from the 2019 elections; however, the various reputations of these individuals precede them, and some of them are also facing current criminal charges with EFCC.