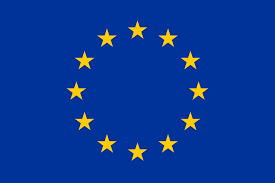 The European Union’s final Report on the conduct of the 2019 General Elections in Nigeria, which among other things, found that the polls were substantially below the international best standards or practices is not expected in the contrary. In other words, it is a rehearsal of what truly transpired during the polls.

But like every social science research or investigation, the EU Report, despite its thoroughness and validity, is not expected to be complete or full in its findings without missing some important points. This was the position of Int’l Society for Civil Liberties & Rule of Law, Intersociety, in its statement issued in Onitsha, Eastern Nigeria and signed by Chidinma Udegbunam, Esq., Head of Publicity, Chinwe Umeche, Esq., Head of Democracy & Good Governance and Emeka Umeagbalasi, Chair of the Board. That is to say that as thorough and commendable as the EU report is, some fundamental issues or areas are still left unaddressed, Intersociety added.


This is more so when for the Report, likewise others, to earn its full validity and credibility, it  must be subjected to the eight features of academic or intellectual discourse, namely: debate, scholarship, argument, constructive criticism, analysis, evidence, objectivity and precision.

For instance, the EU had in its final Report noted that the Governorship segment of the Nigeria’s 2019 Polls was more hitch-free, open and fair than the Presidential Poll, yet the Report did not answer the question of why the latter was so; which has to do with chronic ethno-religious divisions in the country, promoted by the country’s present political players.

As a result, Intersociety has found the following missing points in the EU Report:

Underage Voting: the EU Report noted the underage voting during the Polls, but failed to specifically mention which geopolitical zone or zones involved in the underage voting; how they got to be issued with PVCs, by who and the intent behind their capturing and certification to vote. For instance, the EU Report was silent on whether it witnessed or not any incidence of underage voting in the Southeast, Southwest and South-south regions of Nigeria as well as non Muslim areas of the North.

Card Reader Failure: the EU Report noted the failure of card readers during the Polls but did not specifically state whether the Card Reader failure was recorded more in the Southern part of the country particularly Southeast and South-south than the Northern part particularly Northwest and Northeast or whether the electronic card readers failed across board throughout Nigeria.

Uneven Use of Card Readers: the EU Report did not tell Nigerians and the world whether Card Readers were deployed and used across board in the whole of Nigeria’s 176,000 polling units, irrespective of the ethno-religious composition of each of the polling units and whether all the results arising from the 2019 Polls as announced by INEC emanated from the “faultless” Card Readers only.


Did INEC apply one voting pattern (i.e. use of Card Reader) across board throughout Nigeria or were different patterns used? Is it not correct to say that non card reader poll results were massively allowed and validated by INEC in the North particularly Northwest and Northeast, but massively rejected in the South particularly Southeast and South-south?

Motives Behind The Flawed 2019 Polls:  the EU Report fundamentally omitted to highlight the motives behind the 2019 flawed polls in the country. Apart from deepened ethno-religious divisions as a core factor including the seeming nepotistic appointment of the current INEC Chairman, corruption including criminal enrichment; militarization (official insecurity), sectional voter disenfranchisement, political exclusion and segregation; nepotism and favoritism and mediocrity are all responsible. These cancerous motives should have been highlighted in the EU Report.

Use Of Electronic Voting Alongside Manual Voting: the EU Report should have contained a recommendation to INEC and Nigerian Government for the introduction and use of electronic voting to exist side by side with manual voting. The purpose of retaining manual voting is to ensure that the outside-network-areas of the country, those with limited education and non compatible mobile phone users or owners are carried along and not disenfranchised from the point of voters’ registration and revalidation to the point of voting.

Election Monitoring/Observation As A Medicine-After-Death In Nigeria: the election monitors or observers including the EU must change the concept of over concentration on poll monitoring, with little or no attention paying to pre election monitoring or observation. This is because monitoring election that has poor beginning or foundation is like “offering medicine after death”. It is also democratically disastrous to monitor poll that is already rigged or predetermined.

For instance, massive registration of the underage as voters and flooding the voter registration centers with trailers-load of aliens as well as sectional disenfranchisement during voters’ registration or voting, of voters of a particular ethnic nationality or religious grouping are all done during pre election which later form part of scientific poll rigging perfected on the day of election. Unless checkmated from the beginning, otherwise, little or nothing can be done against them during the polls. This explains why they have become a recurring decimal in Nigeria.

The EU and its likes, therefore, should extend their visibility and proactive engagement during polls to the areas of general voters’ registration, revalidation and issuance of PVCs or Permanent Voters’ Cards. Apart from monitoring the Northwest, Northeast and the non Muslim areas of North-central during the general voters’ registration, the EU and others should also extent their searchlights to Southeast and South-south as well as non Muslim guest areas of the Southwest.

Surveys by EU and others are equally needed to be conducted in those areas so as to ascertain the percentage of the eligible voters’ population that are deliberately disenfranchised on tribal and religious grounds and how best to stop the authorities from further disenfranchising them. Such surveys will further expose INEC’s skewed and tortuous voter registration procedures in the South particularly Southeast and South-south and loose and proxy same including PVC distribution and collection in the North particularly in the Muslim dominated areas of Northwest, Northeast and North-central.

New Brand Constitution & Continuous Reformation Of Electoral Policies & Laws: this is another very important area the EU Report omitted. Nigeria, as a matter of fact, is long overdue for comprehensive constitutional reforms. The present military imposed “Decree 24 of 1999”, otherwise called the “Constitution of the Federal Republic of Nigeria 1999 as amended” has overstayed its usefulness or welcome and it is nothing more than “a transitional” or “interim Constitution”.

The Constitution, no doubt, contains some salient and democratically compatible provisions, but it has fundamental foundational problem. Above all, the way and manner it is being disrespected or misapplied or misinterpreted or skewed or sidelined by the present Government of Nigeria, is likely to push the country to irretrievable abyss, if care is not taken. Nigeria, therefore, needs a brand new Constitution to drive its direly needed continuous reformation of its electoral system including electoral policies and laws.

The likes of EU, US, Canada and others should strongly ask the Government of Nigeria to convoke a constitutional conference of all ethnic nationalities and other interest groups to bring into life a brand new “Peoples Constitution of Nigeria”. The same way the EU, US and Canada advised and assisted Kenya after its poll violence of 2007 to adopt a brand new Constitution, ratified in August 2010; the same way they should get the Government of Nigeria to do it for Nigeria and Nigerians.