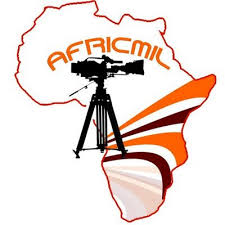 The African Centre for Media and Information Literacy (AFRICMIL) has called on the Independent Corrupt Practices and other related offences Commission (ICPC) to probe the allegations of financial crimes and other acts of corruption at Yaba College of Technology.

According to a statement signed by Chido Onumah, Coordinator of AFRICMIL, the allegations of massive financial malpractices were contained in a petition dated May 5, 2019, and sent to the anti-graft agency by Mr. Joseph Akeju, a victimized whistleblower and former bursar at the institution. Onumah said the sum of N1,682,085,539 (One billion, six hundred and eighty-two million, eight hundred and six thousand five hundred and thirty-nine naira) was allegedly stolen by some staff of the College between 2008 and 2014.


“The petitioner,” Onumah said, “discovered that such a huge sum of money had disappeared when he served as the chairman of a seven-man committee on the review of audit report on students’ accounts set up in 2016 by the College management.” Besides, there were numerous dubious transactions in which the College’s Zenith Bank account No: 1010243958 was used as the conduit, as well as the persistent sale of College certificates by a syndicate in the College registry, according to the petition.

Onumah noted that all efforts by the whistleblower to make the current governing council headed by Prince Lateef Fagbemi SAN address the issue of fraud and other malpractices in the institution were rebuffed. “Instead of listening to Mr. Akeju and commending him for doing a good job, the governing council turned the heat on him. He suffered all kinds of abuses which culminated in his illegal dismissal in March 2018, just a few days to his official retirement from the public service,” Onumah said.
He said the ICPC has a duty to not only begin immediate investigation into the whistleblower’s petition, but also to ensure that those who report wrongdoings, as Mr. Akeju has patriotically demonstrated, deserve safety and full protection from high-handed government officials whose only interest is to cover and perpetuate corruption.

“That is the only way government can encourage citizens to adopt whistleblowing as a viable tool for fighting corruption.” Onumah noted.
According to him, the whistleblower’s dismissal should be reversed, and he should be allowed to retire honourably, while all those found culpable in the large-scale fraud and financial violations at YabaTech should be identified and punished accordingly.
Posted by PublicInformationProjects at 09:46