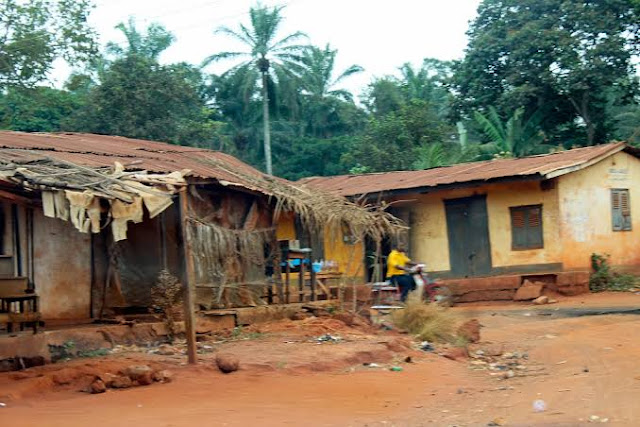 The jihadist Fulani Herdsmen, backed by the present Government of Muhammadu Buhari and Yemi Osinbajo are presently in violent control of 139 Communities, Villages and Areas in Igbo Land. The violent occupation, also backed by the country’s security forces, is widely and strongly believed to have religious undertones or done for purposes of propagation and imposition of radical Islamism in the Judeo-Christian dominated Southern Nigeria and the Middle Belt including seven Igbo speaking States of Abia, Anambra, Ebonyi, Enugu, Imo, Delta and Rivers State as well as Igbo areas of Benue and Kogi States and their Christian and animist neighbors.

The above was the position of Int’l Society for Civil Liberties & Rule of Law, Intersociety, as contained in a statement issued today, 24th August 2019 and signed by Lawyers Obianuju Joy Igboeli, Head of Civil Liberties & Rule of Law, Evangeline Chidinma Udegbunam, Head of Campaign & Publicity Dept and Emeka Umeagbalasi, a Criminologist & Graduate of Security Studies and Board Chair of Intersociety. Intersociety is led by professionals and grassroots activists including criminologists, security studies experts, lawyers, journalists and peace and conflict resolution experts, etc.

The Federal Government and its security forces backed violent occupation is also likely to be (or not) of the ‘Nigerian Forest Mapping’ assignment, reportedly ordered by the Buratai led authorities of the Nigerian Army in late 2015; said to have been carried out for purpose of tackling insurgency and other ‘internal insecurity challenges in Nigeria’.  The violent presence of the Jihadists in Igbo Land is also independently linked to insider gubernatorial conspiracy.  In other words, suspicions are widely and independently strong and viral that the violent presence of the Jihadists and patterns and trends of their criminalities and crimes in Igbo Land are conspiratorially made possible by gubernatorial second term or office succession bids of the Southeast Govs starting with Anambra State in 2017. Though gubernatorial denials have been made, but such denials have not flown convincingly among the mainstream homeland, outpost, traveler and Diaspora Igbo People and their neighbors.

Facts Of The Matter: The violent takeover of 139 Igbo Communities, Villages and Areas was according to the account of the monthly Eastern Outlook, vol.003, 13th August-14th Sept 2019 (p.15): the (Jihadist) Fulani Herdsmen have taken over 139 Communities and Villages in Igbo Land. The story was also authenticated by the publisher of the Newspaper, Mr. Abia Onyike; a seasoned rights activist, former Chair of CLO Southeast Zone and onetime Commissioner for Information in Ebonyi State, Mr. Abia Onyike who was met by Mr. Emeka Umeagbalasi in Owerri at the venue of the 2019 Igbo Summit on Security, Peace & Dev in Igbo Land & her neighbors, where Mr. Umeagbalasi was the key speaker.

Mr. Umeagbalasi had at the summit spoken on: Highlighting the Challenges of State and non State actor created Insecurity in Igbo Land & her Neighbors. The special summit, organized by the Alaigbo Dev Foundation, the World Igbo Congress, the Association of Southeast Town Unions and the Christian Association of Nigeria, Southeast, etc, took place on 22nd August 2019. The 20-page special security lecture will be made public in coming days.  Mr. Abia Onyike had further disclosed that Enugu State has the highest Jihadist Fulani Herdsmen presence with 56 spots, followed by Anambra with 23, Imo 17, Ebonyi 12 and Abia seven. In Igbo areas of Delta and Rivers States, there are 15 spots in Delta and nine in Rivers.

No Serving Igbo DIG & AIGs In The Nigeria Police Force: Presently, there are no serving Igbo senior police officers in the top ranks of DIG and AIG in Nigeria. The Southeast is presently not a member of the Nigeria Police Management Team (PMT), composed of serving IGP, seven DIGs and AIGs numbering not less than 20. By Section 14 (3) of the 1999 Constitution and the equity principles of regional representation and national integration, the Police Service Commission is tasked to ensure non exclusion of any geopolitical zone in the ranking and promotion of senior police officers and assignment of duties to them. The senior police officers affected are those classified and captured in ‘the Police Officers Senior Staff List: IGP-CSP’, updated monthly.

Contrarily, as it stands presently, the authorities of PSC and the NPF are observing the referenced constitutional provision and principles in gross breach; by deliberately and hatefully excluding, if not erasing names of senior Igbo police officers from such sensitive positions. For instance, it is factually authoritative that DIG Godwin C. Nwobodo from Aninri, Enugu State; with police appointment number (AP 24188) has retired since 12th August 2019 without replacement. Until his retirement, he was a member of the Nigeria Police Management Team, representing Southeast Zone and DIG in charge of Department of Information & Communication Technology (ICT) at Force Headquarters.

Former CP, but now retired AIG Chris Okey Ezike (AP 24182) from Ogboji, Anambra State was the only serving Igbo AIG as at March 2019, out of 20 serving AIGs then. He later retired in the same March without replacement on 19th March 2019. In all these, it is not as if no promotion exercise had taken place per PSC and NPF since then. As a matter of fact, there was a promotion exercise held on 31st March 2019 by the authorities of the Police Service Commission at its 5th Plenary Meeting that took place on 26th and 27th March 2019. During the promotion exercise involving promotion of ‘8,916 senior police officers to their next substantive ranks to fill existing vacancies’, no senior Igbo police officer was among those promoted to the ranks of CP and AIG. This is despite the fact that three CPs (Jona Jackson Mava, Olusola Babajide David and Titus Sumba Larmode) were elevated to AIG while two (Rudolf Echebi Obe) and Danladi B. Lalas) got confirmed as substantive CPs.

Only Two Serving Igbo CPs In NPF Out Of 95 CPs: Apart from targeting to promote Igbo senior police officers to their next substantive ranks only at the twilight of their statutory retirements, there are presently only two serving Igbo Commissioners of Police in Nigeria, out of 95 serving CPs. CP Damian Agba Chukwu (AP24247) from Owerre in Imo State, has since retired without replacement on 31st April 2019; likewise CP Onyegoro Ebere Chijioke (AP25157) from Owerre, Imo State who retired without replacement since 25th May 2019. Another Igbo CP, Damian Nkem (AP21914) from Owerre, Imo State also retired without replacement since 2nd April 2019. As it stands now, there are only two serving Igbo Commissioners of Police in Nigeria. They are CP Celestine Okoye (AP25102) from Awka-Anambra State who will retire on 22nd Dec 2020 and CP Joseph O. Egbunike (AP30427) from Onitsha-Anambra State who will retire on 4th June 2022.