Communiqué: Communiqué Issued By The Patriotic Movement In Nigeria 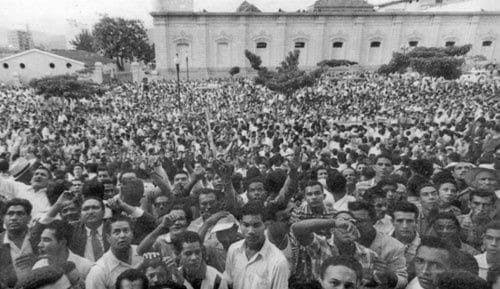 Patriotic Call!!!
Dear countrymen and women!! Fellow compatriots!!! We all are aware of the horrible situation in our country, Nigeria. The country has completely broken down under the watch of this government. On its part, the government in the land seems not to care about the hopeless situation.

The first principle in any society is the preservation of lives and properties of the citizens, but we know today that this is an illusion in our country. Our people are being massacred in their hundreds daily and they have nobody to protect them since the government in the land seems to be part of the problem, contributing to the problem.

In the social media, the citizens express their fears, their frustrations, their anger and their helplessness amidst the on-ongoing useless massacre. Different groups have put forward their communiqué to protest this cankerworm, but they fell on deaf ears since those in government may not be far from being the sponsors of these useless killings based on the one-sided security personnel and apparatus in the country right now. The government that should have the protection of lives and properties as its priority turns out to be a significant threat to the lives and properties of the citizens. The lives of the citizens are no longer secure in any part of this country. For how long shall we be in this mess?


Dear compatriots, we the organisers of this patriotic movement want to inform Nigerians that this country has no problem if not a human-made one. We want to assure Nigerians that we are out to look at this human-made puzzle directly on the face. The time of dubious silence has passed. The time of making long speeches is over. The time when those in government apply divide and rule, manipulation and intimidation on the citizens have come to an end. This is the dawn of patriotism and liberty, and we shall work together to claim back our country from these manipulators. Nigeria belongs to all Nigerians, and it is not a personal property of any particular ethnic group. We want to assure all of you that this mess in Nigeria must come to an end very soon because we are going to awake the citizens from their deep slumber and the same citizens will claim back their country since power belongs to the citizens.

Dear compatriots, we need to act very fast because, if ever, we allow the situation to last longer, all of us must have been killed before long.
We want to let Nigerians know that the only problem we have in this country is the absence of a Social Contract. It is what Nigerians call ‘Restructuring’. Nigeria is like a car without steering. She has no reference point, and that is the reason, this country is the home of all evils. Those in government for their selfish interests have been preventing the coming into existence of a social contract in this country contrary to the wish of all the citizens. We want Nigerians to know today that these people in government are our servants and they should be accountable to us. The time of lamentation has passed; this is the moment of accomplishing our patriotic duty. We need to create a social contract in Nigeria as it is in all other nations and all our problems will gradually come to an end. We need to create a fatherland; la Patria, where our lives are protected, and our aspirations in life are realized. We call on all Nigerians to unite and let us liberate ourselves from those who have hijacked this country. There is no other time to do this than now. We call on all citizens to follow this patriotic movement, and within few months our dreams will be realized for in God we trust!!!

2. The National Concern!!!
a. Can an Ethnic Group Enslave the whole Nation?
To promote private and selfish interests of one little ethnic group in Nigeria, the federal government keeps mute about the ethnic cleansing going on in the country. Nigeria is highly backwards as regards social amenities but the little the federal government borrows from the World Bank, it devotes it in supporting the selfish affairs of this group. Radio station must be built for them by the federal government because they are sacred cows. Hectares of land must be seized in all the thirty-six states of the country, and those who own those pieces of land must be massacred to create space for this favoured group. Vigilante groups must be created and sponsored by the federal government using the taxpayers' money to protect this group wherever they go. The whole military apparatus of this country is manned by this group to cover up their atrocities. All the principal government offices in this country are occupied by the same little group because the rest of Nigerians are their slaves. The chief judge of this country was removed unconstitutionally from office like a common criminal, and another from the same favoured ethnic group was installed in order to protect this particular ethnic group. Are Nigerians bewitched?

b. Every System in Nigeria has Collapsed under the Watch of this government!!!
The federal government today acts with impunity to promote and protect the interests of a particular ethnic group, and by doing this, every system has collapsed since nothing is done again for the common good of the citizens.

d. Our Being Together without any Definition is an Absurdity
We have to know that being together is not just enough. We have to be together based on laid down principles. It is a significant national concern today that after hundred years that we are together, we are yet to define our being together…

f. An impossibility to make Nigeria a fatherland is an inevitability for the break-up of the slaughterhouse.

Nothing is needed in this country as at now other than making it a fatherland within months. Nigeria is gradually becoming a slaughterhouse and it is getting matured every second. Those who are in the helm of affairs in government do everything possible to block making Nigeria a fatherland which could be seen as what every Nigerian call restructuring the country. Even this present government which used restructuring as its most robust political manifesto during campaign has afterward claimed that it does not know what restructuring means. What a criminal act!

3. Practical Steps towards making Nigeria a fatherland for all Nigerians.
a. Preservation of the life of all citizens is the first condition for ‘one Nigeria.’
According to Jean Jacque Rousseau noted that in forming a society, the first thing that must be guaranteed is the preservation of the life of all members. If there is no guarantee to protect the lives of all citizens, to think of being together is an absurdity. It is contrary to nature.

b. Our Being Together must be based on a well-defined Social Contract
It has to be noted as Rousseau pointed it out that “…the social order is a sacred right which serves as a basis for all other rights. Moreover, as it is not a natural right, it must be founded on covenants (contracts)...  P. 2.
c. To say that Nigeria’s unity is not negotiable is a Fallacy; an absurdity:

To start with, the different components of Nigeria were not consulted when Nigeria was amalgamated in 1914. That alone is enough reason for any part of this country to withdraw itself from the union. The only way out is to negotiate this being together, which was not done at that time. Those who claim that this unity cannot be negotiated are those who are carrying out ethnic cleansing on daily basis. So, for them, our being together is for us to be massacred in cold blood on daily basis. Cf. our manifesto, p. 5

d. The ‘General Will’ alone will direct the affairs of the State
The general will is the consensus among all the different components of a state. It is the agreement of how the state will be governed for the good of all. The ‘general will’ looks for the common good of all the parts of the state… Cf. our manifesto, p. 6

e. Necessary steps should be taken to create a national “general will.”
The different ethnic groups are invited urgently to rally round and put down how they want us to be together in Nigeria… Cf. our manifesto, p. 6
f. Equality among all the different parts of Nigeria – a prerequisite
According to Rousseau, “…any contract which stipulated absolute dominion for one party and absolute obedience for the other would be illogical and nugatory.”   P. 8. Cf. our manifesto, p. 7.

j. Patriotic duty to create awareness by spreading the Good news of Freedom
Nigerians are the people to liberate themselves. We should not think that we are not involved in the campaign for freedom. All hands must be on deck. All religious bodies are charged to rise for the fatherland. All the ethnic groups are requested to begin working for the general will for national debate. All the different groups in Nigeria, like the organised labour, markets are invited to rise in order to create a fatherland.

University students, your future depends on whether there is a fatherland or not. Arise and join the movement. All secondary students should join. Every Nigerian should join hands in this effort to create a fatherland.

k. CAVEAT –CAUTION
We must bear in mind that the incumbent politicians in all the parts of the country today will certainly resist this patriotic movement towards liberty and the creation of the fatherland. They are benefiting from the mess in the country and would like it to continue endlessly.
l. Acknowledgement.

We appreciate immensely the efforts of all patriotic groups who have been working day and night for the freedom of our people. They include the different groups from the South-East, South-South, South-West, Middle Belt and North. We extend hands of friendship to all of you.
m. On the “D-DAY”, Freedom at last!!!

The citizens are called to join this movement! This movement will liberate Nigerians and create a true fatherland for all, where our security will be assured, and our aspirations in life will be achieved without tears. Let the patriotic slogan from today be “Power belongs to the people”. Once the citizens know that power belongs to them, they will liberate themselves. Another slogan that will be very powerful will be disclosed to Nigerians few days to the “D-DAY.” The D-DAY will be the day Nigerians will liberate themselves from the manipulators. In God We Trust!!!
A restructured Nigeria is a dream of all Nigerians but a ruined Nigeria as it is today is disgust to all and nobody would like to be part of it. Long live Nigeria! Long live Africa!