Article: MIL And The Challenge Of New Media Technologies 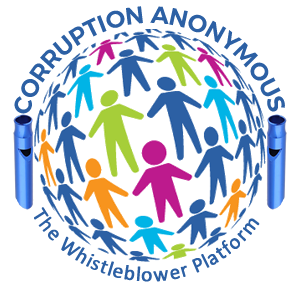 Introduction:
Information rules the world today. More often than not, the type of information we receive affects our choices, our relationship with others, the quality of life we live, the kind of influence we have on others, the extent to which others influence us, the kinds of activities we undertake and the roles we decide to play in society as citizens and participants in the democratic process.

While Article 19 of the Universal Declaration of Human Rights talks about everyone’s “right to freedom of opinion and expression,” it is important, according to UNESCO, to equip citizens with competencies needed to seek and enjoy the full benefits of this fundamental human right. Media and Information Literacy (MIL) as a field of engagement provides citizens with the requisite competencies for the realization of their rights.

The EU-funded UNESCO MIL project in South East Europe and Turkey which “seeks to strengthen freedom of expression, access to information, free, independent and pluralistic media, ensuring that journalists and media are key drivers for democratic, sustainable and peaceful development in the region,” notes that, “At the heart of media and information literacy lies the need to empower citizens with essential knowledge about the functions of media and information systems in democratic societies, under what conditions these functions can be performed and how citizens can evaluate the quality of the content they provide.”

A media and information literate citizen is one who can analyse, evaluate and create messages in a wide variety of media modes, genres, and forms. Because we are daily faced with diverse and overwhelming information, in some cases in unfiltered formats, in other times deliberately skewed to misinform, MIL has become an essential tool for social understanding and cohesion.

Social media and new media technologies:
One of the challenges we are confronted with as we try to explore the frontiers of MIL is the place of social media and new media technologies. Social Media is a radical departure from media as we have known it. Social Media enables wider participation; it is interactive; it gives media users the opportunity to share information, videos and pictures, sometimes in real time.

The expansion of new media technologies has led to the rise of social media platforms—like Facebook, Twitter, Instagram and YouTube—and apps which young people have exploited, sometimes for good and sometimes for malicious activities. Young people are increasingly taking advantage of the power of social media to interact as well as share knowledge and information.

MIL experts and enthusiasts6556t6 are interested in understanding the kinds of impact social media have on the way young people communicate and relate to people from different social, political, cultural and religious backgrounds. This understanding will offer greater opportunities for new types of citizens’ engagement, centered on freedoms and eradicating inequalities. It will also help address issues of safety, security, privacy, violence, stereotyping, gender, etc.
Critical thinking and intercultural dialogue skills.

Critical thinking and intercultural dialogue skills help citizens overcome the vulnerability associated with use of Social Media. The explosion of different life-altering apps and websites that can distort reality or present “alternative facts” is a clear and present danger and a challenge for those seeking to identify reliable sources of information. It is, therefore, critical that young people, as well as all citizens, have the skills and develop the ability to identify these apps and websites.

Verification and the deepfake phenomenon:
Given that most people access the Internet privately and a lot of the content available is often not verified by an independent source and can be manipulated, it is important that Internet users understand how to distinguish what is factual from what is biased, inaccurate or fake. “Fake news” is a global phenomenon that has blossomed with the rise of Social Media. In today’s post-truth world, it is not out of place to see those willing to propagate falsehood create disinformation to support their lie, while those caught with inappropriate behaviour write off the evidence of their bad behavior even with more disinformation

Currently, a lot of made-up news stories and fake videos featuring prominent politicians litter the social media. Obviously, people do not just share content because they believe it, they do it for a host of other reasons. Purveyors of “fake news” seek to distort reality for fame, financial considerations or even for sinister motives. For instance, studies have shown that creating and sharing false or misleading information is often rewarded on platforms like Facebook. Unfortunately, these fake contents find their way into the mainstream media. Himma-Kadakas, Marju writing in the July 2017 edition of Cosmopolitan Civil Societies: An Interdisciplinary Journal, notes that fake news which often reverberates as misinformation in social media occasionally finds its way to the mainstream media as well.

With the recent faked video of Mark Zuckerberg, co-founder of Facebook, on Instagram, the “drunk Pelosi” video, and the deceptively edited video of President Trump’s speech from the Oval Office, we seem to have entered into the next level of post-truth era in which “deepfake”—the new phenomenon of human image synthesis based on artificial intelligence—is now in ascendancy.

Many technology researchers and scholars are of the strong opinion that deepfakes—realistic-looking content developed using machine learning algorithms—and cheap fake—modifying video content slightly to create false reality—will herald a new era of information warfare. There is need, therefore, for governments, journalists, politicians, media practitioners, academics and other citizens to be concerned about the technological sophistication of artificial intelligence–generated deepfakes because not only is it dangerous to democracy, it often renders evidence meaningless.

Cheap fake, it has been noted, is already calling into question the methods of evidence that scientists, courts, and newsrooms traditionally use to call for accountability. Hence, the need to emphasise the ethical use of information, technology and media, especially on social media platforms since cheap fakes rely on free editing software that allows digital manipulation as well as nontechnical manipulations of content and footage that are crisis prone.

Conclusion:
We can help young people to stay out of harm’s way by empowering and educating them on how to avoid or manage risks related to Internet use. More importantly, the looming threat of deepfake and cheap fake is worth the attention, especially from undiscerning audience who might be a victim.

There is need to inform and educate citizens on Artificial Intelligence, algorithm and potential threats of deepfake technology while also bearing in mind that disinformation does not have to be high tech to cause serious societal damage.

Citizens also need to be aware of the different social media platform moderation policies on posted content since different platforms have varying verification and tolerance for faked content. Ethical use of information, technology and media should be a priority educational need in today’s post-truth world where truth is becoming a scarce commodity.