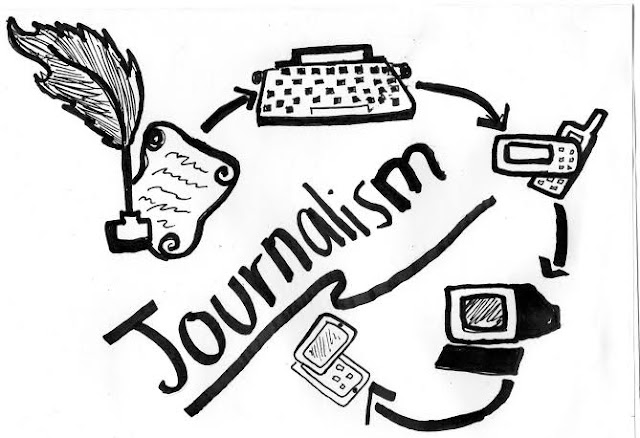 Time and again, there are desperate calls not just by veterans but also by younger and discriminating practitioners about the compelling need to rescue journalism practice in Nigeria from obvious dereliction, continuous degenerative state of violation and steady slide into disrepute.

If these calls are being heeded and efforts are indeed being made by stakeholders to arrest this worrying drift, nothing so far of significance by way of practice vindicates this claim. Sloppy journalism is still largely being served in the print and electronic media across the country. Worse of all, ethics, the soul of the profession, seems to have been thrown overboard with the way it is being treated as purely an incidental rather than an integral part of the trade.


But the online medium, Premium Times, is set to turn things around. Alongside its NGO affiliate Premium Times Centre for Investigative Journalism (PTCIJ), it is working to ensure that journalism in Nigeria receives a desirable facelift that would serve its real purpose as a public service function. In other words, Premium Times is passionate about removing those clogs that today debase and shame journalism on these shores. It appears like a sort of crusade for which the paper is energetically gunning to be the arrowhead. One key method it has chosen to achieve this goal is the focus on training.

This is commendable. At least as first step towards confronting the issues around poor practice – and a certain unflattering outcome as consequence – all those who not only love the profession but are also deeply troubled by its swelling decadence, must agree that training and retraining of practitioners must be the way to go.

Last week, Premium Times, in conjunction with the Nigeria Governors’ Forum (NGF), activated its commitment to this objective with a two-day training for journalists spotlighting the more recondite but very important subjects of budget tracking and data-driven journalism. The venue of the event was the plush secretariat of the NGF on Lake Chad Crescent in Maitama, Abuja, a high-end district in the city.

The NGF is a non-partisan NGO set up in 2003 by the 36 State governors of Nigeria to enhance the development of governance at the sub-national level. Its major aims and objectives include promoting inclusive governance and enhancing collaboration between the governors and society. The NGF secretariat, which became fully operational in 2009, is headed by Aisahana Bayo Okauru, a smart, well-spoken gentleman who trained as an economist and lawyer and exudes the aura of a consummate polyhistor rather than just being cerebral. He is known by the title of Director-General.

Without doubt, Okauru was extremely excited about the training. He was delighted that he was doing this with Dapo Olorunyomi, the publisher of Premium Times with whom he worked at the Economic and Financial Crimes Commission (EFCC) in the early days of that institution. And of course, Musikilu Mojeed, the Editor-in-Chief of the paper whom he described as a worthy friend. Okauru said he would be ready at all times to lend a hand in efforts to upgrade the skills of journalists as a means of attaining good governance and sustaining democracy in the country.

A total of 40 journalists from the media across the country sat listening, enchanted by the beauty and excellence in the delivery of 13 resource persons including Olorunyomi and his highly resourceful lieutenants – Mojeed, Abdulaziz Abdulaziz, Joshua Olufemi, Idris Akinbajo to mention a few – and then some top staff of the NGF.

The themes were impressively varied. From the ultimate goal of journalism in society, through the rudiments of reporting and investigation, data journalism, NGF and its various good governance activities, fact-checking and verification, and down to code of ethics for journalists and the more arcane subjects of budgeting and procurement, participants had two days of refreshing perspectives that would enhance their work as journalists. As for Okauru, so captivated was he by both the presentations and the ambience that he sat through most of the sessions with the countenance of a man who seems fulfilled by the way the training turned out.

For one, not in a long time had one sat in a journalism training that offered so much depth, illumination and insight. The event further opened one’s eyes to the fact that training is key; that the need for training, training and retraining can never be overstated in a situation where the profession is not evolving as rapidly as the tools of work.  Journalism has now gone beyond a notebook and a tape recorder. The future of journalism seems now to be dictated by the direction of technology and journalists are now scrambling to catch up with the instruments that keep rolling out at breakneck speed. Without training we will never get close to knowing these instruments let alone mastering them.

But other than the accelerated transformation brought about by technology, it is important to also note that young graduates are arriving newsrooms in large number with a scandalous knowledge of grammar and poor understanding of the profession. They need help. And the only way to help them and save the profession is through periodic rigorous training, internally and externally.

One area journalism trainers must critically look at is the lack of awareness among a majority of Nigerian journalists that the profession is not an ‘I-feel-alright’ profession. There is need to keep drilling it down to the skulls of new entrants and old hands alike that journalism is a profession of struggle, struggle between good and evil, between the forces of light and darkness, and between truth and falsehood. Therefore, practitioners should be constantly made to realize that it is not an oil company job, nor is it banking or any of those cozy jobs that invest egotistical feel-good feeling in those who hold such jobs.

Put in another way, journalism is the metaphor for fight. And it is aptly so in third world countries like Nigeria where corruption is rife and bad governance, perpetually emphasised through audacious fascist tendencies, holds sway. To that extent, practitioners should forever brace up for the combat operations that would necessarily follow.

Hopefully, the Premium Times collaboration with NGF would be sustained, and would catalyze renewed enthusiasm in the prioritization of training as an important step in checkmating the ills bedeviling journalism practice in the country.

(Onyeacholem is with the African Centre for Media & Information Literacy (AFRICMIL). He can be reached via: gonyeacholem@gmail.com)
Posted by PublicInformationProjects at 12:38