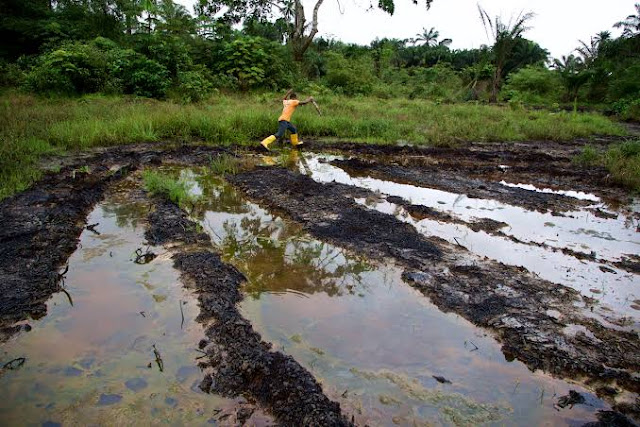 The haste with which the National Oil Spill Detection and Response Agency (NOSDRA), criminalizes host communities while struggling to exonerate the IOCs on incidences of oil spills even when a Joint Investigation Visit (JIV) has not been conducted, is quite worrisome.


It is worrisome to note that, rather than restricting itself to its core regulatory duties, NOSDRA's zonal office in Port Harcourt now doubles as "Mouthpiece of IOCs on Oil Spill Matters". The public would expect that NOSDRA would allow Shell to respond to report of fire around its facilities on November 25, especially when a team from the company visited and were seen on the said site on Thursday, November 21, 2019 and on Monday, November 25, 2019 there was fire on the same site with Operation Crocodile Smile stationed in the area on a mission from November 8 to December 23, 2019 according to its signpost. "Third Party Interference" notwithstanding, the role of an Operator of a Joint Venture (JV), is to ensure the safety & security of its operations and facilities. Any compromise spells failure on the part of the Operator.

May we inform that the "oil spill reporting form", which gives operators the opportunity to "speculate" on the "course of spill", is an "in-house" reporting system meant for contingencies. That NOSDRA is now the first to run to the media to announce the cause of spill using the in-house report (usually tagged "third-party interference") to absolve operators of responsibilities without JIV report is indeed condemnable. NOSDRA has indeed proven that it cannot be wholly trusted with the regulatory responsibilities of the hydrocarbon industries and the Environmental Stakeholders pushing for this policy may well be disappointed.

We call on the Agency to stop criminalizing communities without JIV report to please IOCs as this could pitch communities against the Multinationals and mislead members of the public.