News Report: Missiles Launched By Iran Against US Airbases In Iraq 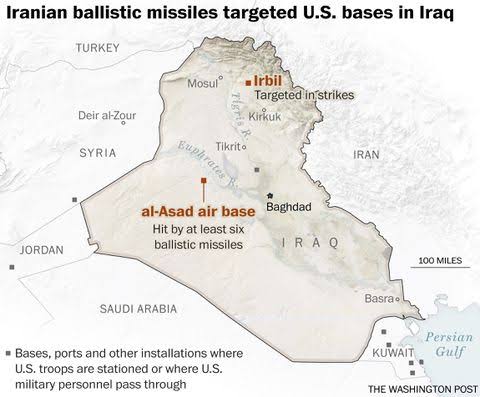 Culled From: The Guardian
Iran has launched missile strikes aimed at US troops in Iraq in what it said was retaliation for the killing last week of the top Iranian general Qassem Suleimani.
The Pentagon confirmed that al-Asad airbase in Iraq’s Anbar province, and Erbil base in northern Iraq, which both host a US contingent, had been hit by a salvo of more than a dozen missiles launched from Iran.