Speech: "Nigeria Is Under A Siege Orchestrated By The Murderous Blood-Thirsty And Criminally-Minded Boko Haram Terrorists"--Christian Association Of Nigeria 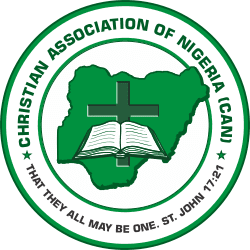 (Being Text Of A Speech Of President, Christian Association Of Nigeria (CAN), His Eminence, Dr. Samson Ayokunle At The Workd News Conference On 23 January, 2020 At The National Christian Centre, Abuja)

Gentlemen of the Press.

Let me call for a minute silence in honour of all those killed by the Boko Haram terrorists, Fulani herdsmen, bandits and kidnappers in the country.

“If you have ever lost a loved one, then you know exactly how it feels but if you have not, then you cannot possibly imagine it.” ― Lemony Snicket

You are all aware of the gruesome murder of the Chairman of the Christian Association of Nigeria (CAN) in Michika Local Government Area of Adamawa State, Rev. Lawan Andimi, by the terrorist group, Boko Haram, because he refused to be converted to Islam. Although, the group initially demanded for the sum of N50m and, when against all odds, the ransom was ready, they asked for €2m. It was in the process that they reached out to our people in Adamawa State to notify them that since the gentleman had refused to be converted to Islam, they had decided to behead him. And that was what they did. In the same state, just last Sunday, a clergyman, Rev Denis Bagauri was murdered by unknown gunmen in his residence at Mayo Belwa of Adamawa State, all because he was a Christian. You are also aware of the beheading of 11 Christians by Islamic State in West Africa on Christmas Day of 2019 in Maiduguri including a bride to be.


Few days ago, four seminarians of the Good Shepherd Catholic Seminary in Kakau, were kidnapped along Kaduna-Abuja Road and we have not heard anything about them. In Kaduna State, the most recent happenings were those of 35 people killed and abduction of 58 persons when bandits raided 10 communities in the Chikun and Birnin Gwari Local Government areas on January 13, 2020. These criminals are everywhere operating with impunity and they have been stopping commercial and private vehicles asking them to come down and telling them to say what their religion is. Whoever claims to be a Christian is either killed on the spot or abducted and a demand for a ransom issued. Police, Army officers and even judges are not exempted. This is reprehensible, unacceptable and unprecedented since Nigeria came into being. Christians have become endangered species in their own country!

Nigeria is under a siege orchestrated by the murderous blood-thirsty and criminally- minded Boko Haram terrorists, Fulani terrorist herdsmen, bandits and kidnappers who are all armed to the teeth, dressed in army uniforms, and gradually overwhelming our security agencies. They have been going around invading predominantly Christian villages and towns, killing and maiming our youths and elders, men and women; raping our women and daughters, decapitating children and disembowelling pregnant women, and subjecting people to coldblooded murder.

Although their atrocities did not begin today, it increased  with the advent of  of democracy, which gave birth to the Sharia Law in some Northern states, an outright violation of the 1999 Constitution. However, the attacks being witnessed under the current administration are unprecedented. Today, the killers are unleashing terror on selected Christian communities, while sometimes our security agencies appear to be looking elsewhere. It is usually after the evil has been done that our soldiers and policemen invade the communities and in many instances, the victims are locked up, while the criminals are left untouched.

The hoodlums have been in Southern Kaduna for years, where hundreds have been killed including a highly placed traditional ruler. And up till today, no one has been brought to book. Instead, it was those who cried out that were subjected to state harassment. A few suspects arrested were later freed to continue with their atrocities. The Fulani herdsmen were in Aghatu land in Benue State and other predominantly Christian communities; killing and maiming their victims.  Mass burials have become the order of the day and to add salt to the injury, it was the Federal Government that was justifying the killings of the citizens by accusing some governors of making laws against open grazing.  They claimed that the killings were not genocide against Christians but farmers- herders' clash. President Muhammadu Buhari has not ceased telling us that the criminals are coming from Libya, as though Nigeria shares borders with Libya. As if that were not enough, the Miyetti Allah the Fulani herdsmen have claimed responsibility for the killings and justifying their actions. In other instances, they disown the killers, telling us that there are other herdsmen who are not their members but who also register with the Corporate Affairs Commission (CAC).

The Federal Government has never deemed it fit to call them to order, but instead insisted that the herdsmen are stakeholders in the country! This emboldens them and their members who are always attacking predominantly Christian communities in Plateau, Adamawa, Taraba and few states in the South like Enugu.  As usual, none of these attackers has been brought to justice to end their atrocities with impunity.

These terrorists have not hidden their goal to Islamize Nigeria and that is what they have in common with the Fulani herdsmen. They have turned the North-East geo-political zone, especially, Borno, Adamawa and Yobe, into killing fields. One of the cardinal programmes of this government is to put to an end the menace of insecurity and terrorism, but that has not been done. Although the government often claims to have defeated the terrorists, what we are seeing on daily basis contradicts that claim. Hundreds of our members, including Leah Sharibu and over 120 Chibok girls are still in the custody of these terrorists and the government has not succeeded in releasing them.

We are not disputing the fact that some Muslims have been killed. However we boldly state here that their primary targets are Christians. The only exceptions are those who are being killed by the bandits in the North-western states like Zamfara and Katsina. In the words of Carrie Jones, “Losing people you love affects you. It is buried inside of you and becomes this big, deep hole of ache. It doesn't magically go away, even when you stop officially mourning.”

It is reprehensible and saddening that each time the government comes out to claim the defeat of the insurgency, more killings of our people are committed. In the light of the current developments and the circumstantial facts surrounding the prevailing upsurge of attacks against the church, it will be difficult for us to believe that the Federal Government under the present  administration is not colluding with the insurgents to exterminate Christians in Nigeria, bearing in mind the very questionable leadership of the security sector that has been skewed towards a religion and region! Is that lop-sidedness not a cover up for the operation of the insurgency? If not, why couldn’t the well-equipped security agents of Nigeria get Rev Andimi out of the captivity of his killers who held him captive for two week.

Please permit me to ask the Federal government the following questions:

• What is the essence of SIM card registration if the authorities cannot use it to track down these killers who rely on phones as a mean of communications to do their criminalities?

• What has become of Intelligence gathering of our security agencies?

• Is this government and the security agencies still claiming that the war against these criminals been won despite all the killings?

• Is the government sincere in fighting these terrorists or merely paying lip service to the war against the insurgency?

• Is there any hope that our security is guaranteed under this government?

• Can the government tell us what they did since Rev. Andimì cried out to them for help?

• Since the government and its apologists are claiming the killings have no religious undertones, why are the terrorists and herdsmen targeting the predominantly Christian communities and Christian leaders?

• If the security agencies are not living up to the expectations of the government, why hasn't it overhauled them with a view of injecting new visionaries ones into the security system?

As long as the government continues to live in denial and fail to face the reality, these criminals will not stop their criminalities. We are almost losing hope in government's ability to protect Nigerians especially Christians who have become endangered species under its watch. We once again call on the International community and the developed world like the US, the UK, Germany, Israel and others to please come to our aid of Nigeria, especially, the Nigerian Church so that we might not be eliminated one by one.

OUR DEMANDS:
• The President  should overhaul the security council with a view of bringing in new heads of all the security agencies and the para-military which no religion or part of the country will dominate.

• The Federal government should either label the Miyetti Allah Fulani Association a terrorist organisation as being regarded in the terror index.

• The Federal Government should order the arrest of the leadership of the Miyetti Allah Groups in who are sponsoring and perpertuating the crime of Nigeria and prosecute them for all the killings in Southern Kaduna, Benue, Plateau and Taraba states, among others.

• The Federal Government should publish names of all kingpins of the terrorists who are in detention and those who are being prosecuted.

• The Federal Government should stop releasing the so-called repented terrorists since they are reportedly joining their colleagues in the forest to unleash terror on the land.

• The Federal Government should reverse the recent controversial Police promotion with a view to balancing religious and ethnic divides in the country.

• The Federal Government should stop discriminating against our female Youth corps who refuse to wear the NYSC trousers for religious reasons since they allow their Muslim counterparts to wear hijab.

• The victims of the consistent attacks should be assessed and adequately compensated. The victims in various IDPs be provided with adequate security and enough resources for continual survival.

• It is painful and a betrayal to note that the government gives more attention to so called repentant terrorists than the victims of their evil with the claim that they are being reinstated and rehabilitated,   even into the Nigerian Army.  This is a major contradiction.

OUR DECISIONS
The CAN Leadership has declared Friday, 31st January to 2nd February, 2020 as days for Special Fasting and Prayer for Nigeria in all churches, home and abroad, for the gruesome killing of innocent Nigerians to stop and for our government to develop capacity to overcome the criminals troubling the nation. Sunday 2nd February, 2020 is declared a Special Prayer Walk by Christians in all the States of the Federation in the form of a procession to be led by States CAN Chairmen in their CAN Secretariats and pastors of churches in all churches in Nigeria. Churches should process round their area, pray for God’s permanent intervention and help from all over the world so that all of us might not be consumed one by one. It appears our government is completely overwhelmed. Brutality of Nigerians is happening unabated daily.

All Bloc Leaders, Zonal and States Chairmen, Leaders of Denominations and all Christians and concerned Nigerians should support and come out en-mass for the program.

The Church is matching on and the gate of hell shall not prevail against it!
Posted by PublicInformationProjects at 04:27