Article: Electoral Reforms And The Protection Of Vote 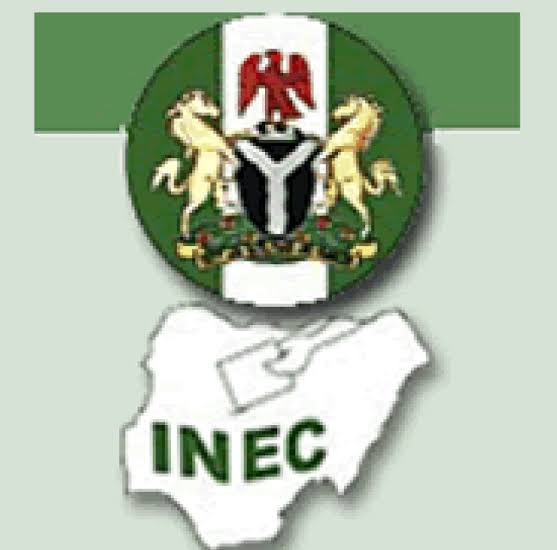 The recent activist behaviour of the judiciary through the many and sometimes controversial judgments handed out by our courts in election petition maters can only suggest that it is time we fixed our electoral process. From Zamfara, to Rivers; from Osun to Kano; and from Imo to Bayelsa, the Supreme Court of Nigeria, the highest court in the land, had pronounced judgments that got many citizens not only disagreeing but also questioning the rationale of the finality of the court as enshrined in the nations constitution.


In Imo State particularly, the judgment of the Supreme court on the gubernatorial election matter that ousted INEC-declared winner, Emeka Ihedioha, as governor, and brought in Hope Uzodinma, as the rightfully elected governor, provoked popular outrage, which inexorably resonated across the entire country. The outrage was such that tempted the Supreme Court almost to review its own judgment, with even a minority judgment in agreement with Ihedioha that the apex court erred in its ruling.

Whatever reservations anyone may harbour over the Supreme Court  be that a feeling of injustice, honest or dishonest mistake  the judiciary remains an integral part of the electoral process in our democracy. The judiciary was called in (and rightly so) to adjudicate over disputes arising from the elections. The alternative would be self-help by disputing parties which clearly is a euphemism for anarchy. It is however critical to note that the judiciary exists to adjudicate over all manner of disputes in society to prevent lawlessness  not only electoral matters.

Yet, what we are already seeing season after season is that in many ways even the judiciary is gradually being sucked into the controversies surrounding our elections. In plain language, let us interject straightaway that the judiciary is also becoming a problem to our electoral process. This is a red flag! There are all kinds of stories flying around suggesting that judges go about lobbying to be included in election petition tribunals. It has also been rumoured that even influential politicians, the ones who are happy to be referred to as godfathers, boast around recommending particular judges for cases involving their god-sons and daughters at  election tribunals. Election petition matters have become so lucrative for lawyers both in the bar and on the bench that a human rights lawyer and scholar, Sam Amadi, refers to it as the "oil bloc for lawyers". Bottom-line is that the judiciary called in to redeem the electoral process is itself now in need of redemption.

It is therefore imperative that some conscious action must be taken to protect vote choice such that citizens and not the courts decide who governs them through the ballot box. At this juncture, it is imperative to admit that our democratic journey from 1999 has been defined by marginal improvements in terms of reforms of the electoral process. From the despicable 2007 general election, it is easily accepted that the 2015 general election was a major improvement on the previous ones since 1999, a founding election, if you like. Although many would mischievously forget that the major improvement in the integrity of the 2015 general election was down to two main factors: first, there was a rising voice of the civil society calling for electoral reforms after the 2007 debacle.

The outcry and civic advocacy was enough to nudge President Yar’Adua into admitting that he benefited from a flawed electoral process. And he was to follow up by instituting the justice Uwais Electoral Reform Committee. The second factor was the rare political will of Yar Aduas successor, President Goodluck Jonathan, to allow our elections to reclaim its original function, which is, to reward performing officials with renewed mandate or punish non-performers with removal from office. That is exactly the role of elections in democracies where vote choices are not tampered with or rigged. By allowing the electoral management body, the Independent National Electoral Commission (INEC), to be truly independent both in name and reality, President Jonathan imbued the electoral process with the kind of integrity never heard of in our clime. And of course he suffered the First Mover Disadvantage (FMD)  but that will only be in the short run as he must have observed today.

Regrettably, however, improvements made in 2015 in our electoral process appear to have been reversed four years after, in the 2019 general election. In spite of all his assurances and promises, Professor Mahmood Yakubu proved that the shoes of Attahiru Jega, his predecessor, were rather over-sized for him at INEC. Virtually all the international and local observers concluded that the 2019 general election did not protect vote choice as the results announced largely did not reflect voter preferences. To arrive at this conclusion, observers point to involvement of the military and security agencies in manipulating the process, especially during votes collation. There were also cases of intimidation of voters, electoral violence and of course, the deliberate actions and inaction of the electoral management body.

A year after the 2019 general election, one would have thought that Nigerian citizens, the civil society, political parties and even government ought to have been sufficiently angry to have set in motion, measures to reform the electoral process. The main opposition party in the land, the Peoples Democratic Party (PDP) is only huffing and puffing. What is needed now is not anger alone. Beyond the anger, there is the need for clear-headed rethinking of the electoral laws. An unsuccessful attempt was made by the 8th National Assembly to pass the 2018 Electoral Act to provide for electronic transmission of votes from polling units across the country.

The cost of not starting early enough the process that time, is reminding all stakeholders that the process of electoral reforms this time around should have started immediately after the 2019 general election. Only recently, President Muhammadu Buhari promised to leave a legacy of credible and transparent elections. Nothing in the political firmament suggests any action in fulfilling that promise yet. Although the Deputy Senate President has tabled a bill on electoral reform before the upper chamber of the National Assembly, an executive bill perhaps would have been more appropriate.

The good news though is that citizen activism especially towards enthroning a credible electoral process is on the rise. While government vacillates, the media and the civil society are not sleeping. For example, only recently, the Centre for Liberties (CFL) announced the commencement of a people-driven Electoral Reform Advocacy (ERA) sponsored by The Open Society Initiative for West Africa (OSIWA) to ensure the immediate passage of the Electoral Act Amendment Bill 2018 by the 9th National Assembly. This intervention will responsively galvanize the public towards electoral reform by creating awareness on the current deficit in the electoral process, CFL had noted.

Interestingly, the idea of liberalizing movement on Election Day, and the holding of all elections on the same day being advocated by this CSO will in no small measures also improve popular participation, the hallmark of credible elections.

(Ugboajah, a public affairs analyst, wrote from Abuja. He can be reached through ucheugboajah@gmail.com)
Posted by PublicInformationProjects at 13:49