News Release: FRICMIL Calls On NBET Boss To Comply With Court Order On Payment Of Salary Of Whistleblower 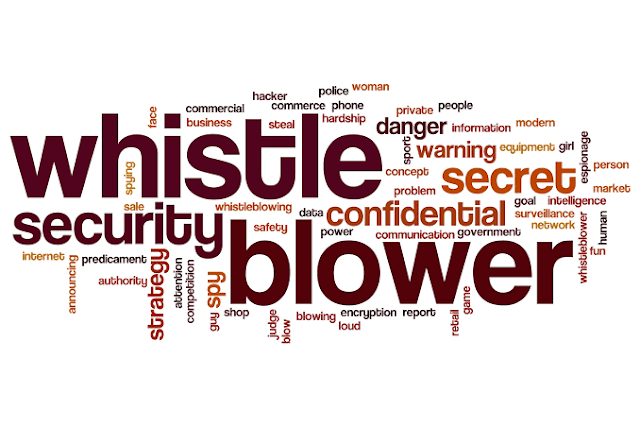 The African Centre for Media and Information Literacy (AFRICMIL) has called on Dr. Marilyn Amobi, MD/CEO of the Nigerian Bulk Electricity Trading (NBET) Plc, to comply with the judgment of the National Industrial Court in Abuja which ordered the immediate payment of the salaries, emoluments and accruable benefits of a whistleblower, Sambo Abdullahi, which she has withheld since December 2017.


Abdullahi, head of internal audit in NBET, is being punished for uncovering sundry acts of corruption at NBET.

In the last three years, AFRICMIL has been in the forefront of the campaign for protection of whistle blowers. In a statement signed by its coordinator, Dr Chido Onumah, the organization reminded the NBET boss that the 30-day window given by Justice Oyejoju Oyewumi of the National Industrial Court for her to comply with the judgment expired on April 10, 2020. According to Onumah, “Dr. Amobi should do the needful and not treat the judgment of a court of competent jurisdiction with contempt as she treated the directive of the former Minister of Power, Works and Housing, Babatunde Fashola, SAN.”

Onumah said at least on two separate occasions in 2018, Fashola had, following the report of a Ministerial Committee which investigated the crisis in NBET,  directed Dr. Amobi to pay Abdullahi his salaries and allowances and treat him like other staff in NBET, but Dr. Amobi defied the Minister by flatly ignoring the directives.

The statement said Abdullahi had suffered enough, having gone without salary for more than two years. “Nobody, more so a whistleblower, deserves this kind of treatment. It is important to point out that Abdullahi has since been vindicated by the ICPC, EFCC, BPE and the office of the Auditor General of the Federation, all of which indicted Dr. Amobi. Government, therefore, has a duty to protect the whistleblower and ensure that he does not continue to be victimized for doing what is right,” Onumah said.

Abdullahi went to court in December 2018 when all efforts to resolve the crisis by the erstwhile Ministry of Power, Works and Housing under Babatunde Fashola, SAN, and the Office of the Secretary to the Government of the Federation proved abortive.

On March 11, 2020, Justice Oyewumi held that the stoppage of his salary, allowance, and other entitlements such as annual leave, was wrongful. She ordered the payment of all the salaries and the allowances within 30 days, failure of which will attract 21% annual interest.