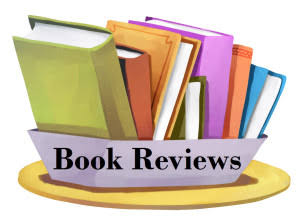 
Introduction:
It is well recognised all over the world that peace and security of life and property are the primary conditions for progress and development of any society. There is a consensus among scholars that there is a clear linkage between failures in governance, democratization and sustainable development on the one hand and insecurity and violent conflict on the other hand. The principal agency charged with the responsibility of internal peace and security of nations all over the world is the police. Meanwhile, Policing across the world is facing huge challenges as a result of many factors including changing dynamics of crime, advances in forensic science, globalisation, Information Communication Technology (ICT), access to information by citizens and increasing discontent from below as a result of elite capture of power and increasing manipulation of the police for the preservation of the status quo and defence of the privileges of the rich and powerful.  The challenge is so huge that in the United States of America, arguably the oldest and largest liberal democracy in the world is facing calls for abrogation, disbandment and “defunding” of the police. We have argued elsewhere that the challenges of policing in Nigeria  include the problems of funding, increasing crime wave, poor training, corruption within and outside the police, lack of involvement of citizens in policing, low usage of forensic science, poor public image, lack of inter-service and agency co-operation and poor conditions of service and welfare of police officers.
The fundamental duty of the Police Officer is to serve mankind; safeguard lives and property; protect the innocent against deception, the weak against oppression or intimidation, the peaceful against violence and disorder and protect the constitutional rights of all people to liberty, equality and justice. It is against this background that this book on Critical Thinking and Policing is very timely. As the Inspector General of Police (IGP), Mohammed A. Adamu noted in introduction to the book, policing across the world must of necessity evolve in line with dynamics of crime as crime governance in the 21st century has gone beyond the hue and cries, application of brute force, and archaic approaches. Indeed, policing in today’s world is more complex demanding the usage of strategic police management tools requiring every police officer to acquire, develop and apply the power of critical thinking to all police challenges that they routinely confront in the performance of their functions. (page x).

contribution To Knowledge:
This book has made significant contribution to the knowledge and literature on police issues. There is a lot of literature on police issues especially on history of the police, police accountability, police duties and corruption but very scanty literature on issues that can improve the performance of the police. Secondly, the book addresses issues of global concern using global perspectives without forgetting the Nigerian policing environment making the conclusions context specific. In addition, the book covers the main areas of police duties. As the Chairman of the Police Service Commission (PSC), Musliliu A. K. Smith IGP (Rtd) noted in the foreword, the book “gives police officers the opportunity to learn virtually all that they need to know to be effective in policing.” (page viii)

The publication  was professionally done. The packaging is solid and excellent. The layout is beautiful, and the print is very reader friendly.

Conclusion:
Effective policing is critical for the peace and security of life and property of any country. Critical thinking will contribute to effective policing. This book on Critical Thinking and Policing by Mathias Okoi-Uyouyo and Abdul M. Sulaiman is a beautiful addition to the literature on Policing. I strongly recommend the book to Police Training Institutions, Police Officers, Scholars, bureaucrats, political leaders, civil society organisations and indeed anyone interested in effective policing across the world.

Thank you for your attention.
Posted by PublicInformationProjects at 13:49