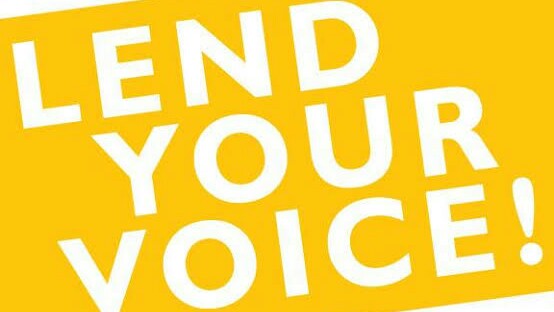 Over the years, several attempts have been made to tackle the problem of violence against women and girls, but the challenge remains daunting. In recent years, governments, scholars and the international community have taken greater interest on matters relating to violence against women and girls. These issues gained international prominence during the United Nations decade for women (1975-85). In 1985, violence against women was identified as an obstacle to peace in the Nairobi Forward Looking Strategies for the Advancement of Women. In June, 1993, the Vienna Declaration on Human Rights affirmed that Women rights are human rights. Similarly, in 1993, the United Nations General Assembly adopted the Declaration on the Elimination of Violence Against Women. In 1995, at the 4th World Conference on Women in Beijing, China, violence against women was identified as one of the 12 critical areas of concern for immediate action by the international community, international financial institutions, the private sector, governments, NGOs and the media.

The problem of violence against women is a global phenomenon. The World Health Organisation (WHO) report indicates that at least one in five of the world’s female population, has been physically or sexually abused by a man or men at some point in their life. It has been documented that wife abuse is the leading cause of injury among women of reproductive age in the United States and that 4,835 “dowry related deaths” were recorded in India in 1990.  It has been estimated that 85 to 114 million women and girls have been subjected to female genital mutilation, the majority of them in Africa. One in three Nigerian women and girls aged 15-24 have been victims of violence.

Violence against women is not only a human rights issue but also a development issue because of the link between poverty, human insecurity and violence.

Violence against women and girls is any violence directed at them simply because of their sex. It is any act that violates the rights and fundamental freedom of women and girls. It is a manifestation of long years of historically unjust, unequal power relations between men and women which have led to domination over and discrimination by men. Violence is usually not tolerated by society or law enforcement agencies but in most cases, it is tolerated when directed against women and girls.

The UN General Assembly in 1993 defined Violence Against Women as any act of gender-based violence that results in, or is likely to result in physical, sexual or psychological harm or suffering to women, physical, including threats of such acts, coercion or arbitrary deprivation of liberty whether occurring in public or private life. Violence against women and girls can occur in the family or in the workplace or in the community.

It has been recognized that violence free environment is desirable for humanity. But scholars have documented that several factors hamper the efforts towards eradication of violence against women and girls including lack of political will; deeply embedded attitudes about male-female relations; social taboos against discussing private matters in public; strong resistance from some organized religion, health system and law enforcement mechanism; a system of gender relations which posits that men are superior to women; reluctance of victims to report violation and society’s tolerance of violence against women and girls.

Theories  Of Gender Based Violence:

Psycho-dynamic Theory: defect in the character structure of some individuals predisposes them to the display of violence which is exacerbated when there is added stress.

Observational Learning: aggression and violence are learnt by people through direct experience and observation or through stories. When some individuals are brought up in violent environment, they tend to conclude that violence is a way of life.

Frustration-Aggression Theory: When some people are frustrated, it causes discomfort and they respond with violence.

Socio-Psychological Theories: Certain characteristics of some people attract violence to them through appearance, physical defects or certain mannerisms. This theory has been criticized for blaming the victim. It is this kind of reasoning that promotes the term “battered wives” rather than “violent husbands.”

Family Organisation Theory: The composition of family contributes to aggressive behavior. Some scholars observe that men who beat their wives are poor, uneducated, either unemployed or stuck in a low paid, low status job and the son of a violent father.

It must be stated that whatever the cause or explanation, violence against women is unacceptable.

Lend  Your Voice: Silence  Is Not An Option:

The book Lend Your Voice is written to inspire women to speak loud and clear on critical issues that affect their lives and well-being and to encourage members and institutions of society to support them in their bid to stop the menace of rape, violence against women and girls, sexual harassment, discrimination, violation of women’s rights, trafficking of women and so on. The 93 paged book is divided into eleven chapters. Chapter one titled Don’t Whisper: Speak Up encourages everyone to speak up to end violence against women. Chapter two titled say to rape looks at the pandemic of rape with several examples in Nigeria, and tips on how to speak up and deal with rape cases. Chapter three titled say no to sexual harassment encourages all to say no to sexual harassment.  Chapter four titled Say No to Violation of Women’s rights and dignity outlines how to protect women through socialization and societal engagement. Chapter five titled say no to violence against women and girls outlines how orientation and re-orientation can change the narrative of violence against women and girls. Chapter six titled Say no to trafficking of women and girls gives grim statistics of trafficking and slavery in Nigeria and outlines the contribution of contemporary pioneers fighting against trafficking in Nigeria. Chapter seven titled Say no to poor representation of women in governance documents with statistics the poor representation of women in governance in Nigeria; the factors responsible and what can be done to change the situation. Chapter eight titled Women taking their place in decision making makes the argument on why women need to take their proper place in the scheme of things. Chapter nine titled Say no to illiteracy for women and the girl child shows how education can remove limitation on women. Chapter ten titled Women and Society show how women can contribute to the advancement of society. Chapter eleven which is the last chapter show statements by people lending their voices to end violence against women including Dr. Ibijoke Sanwo-Olu, First Lady of Lagos state, Abiodun Omowunmi Shoyemi, Special Adviser to Chairman, Abuja Municipal Area Council, Dr. Kemi DaSilva-Ibru, Founder, Women at Risk International Foundation, Hajiya Saudatu Mahdi, Secretary General, Women Rights Advancement and Protection Alternative (WRAPA), Mr. Sunday Dare, the Honourable Minister of Youth and Sports Development, Dr. Garba Abari, National Orientation Agency (NOA), Adeline Adekoya, Management and Strategy Consultant, Women and Girls Advocate and CEO, Breakforth, Busola Shogbamimu, Founder of Redesign My Life (RML) Club Online, Eniola Oke, Professional Social Worker, Ene Obi, Country Director of ActionAid Nigeria, Lois Auta, Founder/CEO, Cedar Seed Foundation, Angel Karibo, Student, American International School of Abuja, Dr. Joe Okei-Odumakin, President, Women Arise for Change Initiative and  Dr. David Manya Dogo, Director, National Orientation Agency, FCT.

As noted above, the book has made a major contribution to knowledge on violence against women. The layout of the book  is beautiful, and the print is very reader friendly. But the book will benefit for more editorial work in future editions to include a table of content and correct some spelling errors such as the name of the Deputy Senate President.

Violence against women is not only a human rights issue but a developmental issue. This book is a call to action for every man and woman of good conscience to speak out to end violence against women as silence is not an option. I strongly recommend the book to Politicians, bureaucrats, businessmen, civil society actors and indeed anyone interested in equitable development of society.

Thank you for your attention.