News Release: Extra-Judicial Killing Of Unarmed IPOB Members: A Crime Against Humanity And Assault On Democracy 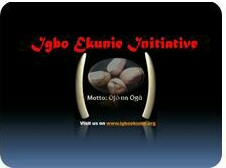 In light of this egregious violation of human rights and assault on the very essence of democracy; we wish to state as follows:

That democracy at the very minimum provides for the continuous negotiation of dissent, critical voices, civil opposition and protests. Indeed; the management, negotiation and resolution of conflicting ideologies, opinions, grievances and petitions in a civil and democratic manner, constitutes the essence of what democracy represents.

The cold-blooded and cowardly extrajudicial execution of unarmed IPOB youths in Enugu, therefore, represents an unparalleled barbarity, a crime against humanity and a monumental assault on our democracy.

At a time of global protests and awakening by the “Black lives matter” movement, following the murder of George Floyd, it’s a shame that the most populous Black nation on earth is showing the world that Black lives don’t matter within its shores.

Indeed, it’s noteworthy that at a time assailants are committing genocide in Southern Kaduna, terrorists, bandits and herdsmen are running rampage in large swaths of the north.  The cowardly Nigerian army, DSS and police that should be maximally engaged in combating these murderous terrorists up north are rather preying on unarmed youths in Enugu.

Under any circumstance; the extrajudicial execution of unarmed youths is a violation of the constitution and the African Charter on human and people’s rights. To that extent, it was a criminal act and a crime against humanity.

We, therefore, call for the immediate arrest and prosecution of the officers and men who killed the unarmed youths.

Recent intelligence reports have highlighted the invasion of Nigeria on a southward trajectory by ISIS, ISWAP, and Al Qaeda. We, therefore, use this opportunity to call on Southeast governors to urgently evolve a formidable regional security outfit capable of dealing with evolving security scenarios; particularly in the face of a biased Nigerian security service that has proven only capable of killing unarmed innocent civilians while most often fleeing from murderous armed assailants or even aiding and abetting them on ethnoreligious grounds.