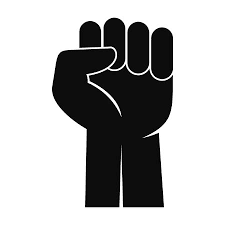 In the midst of the current unfolding crisis of hardship inducing, poverty enabling, and life-threatening maladministration and bad governance, a lot of citizens have been left submerged and almost drowning in anger and confusion, or confused anger.

And this is quite understandable. There are those who have quickly gone back to the archives, and in this internet age, everyone who has ever been active online leaves a digital trail, an almost indelible digital footprint.

As they have rushed back to the past, they have been asking why certain people and certain organisations are not or have not been speaking out! And by speaking out they actually do not mean that these certain persons and organisations have been silent, because the truth is that they haven’t been silent. What they do mean is that these certain persons and organisations have not yet gone to the streets, mounted barricades, organised and led protests. And herein lies the big problem, the real challenge.

Activism, like being in politics should be a calling, not a career; an activist [as should a politician] should be moved and driven by conviction [ideological, political, or both], and not by pecuniary interest; s/he should be driven by commitment and a quest to transform the human condition, not by a quest for material gain.

Being an activist and a revolutionary, [just as being a politician and being politics] shouldn’t be a means of earning a living, a means of livelihoods, it should rather be a means of actualizing one’s conviction and realising one’s commitment.

Now therefore, if we feel strong enough about an issue, about a government policy, and about a government; if we are convinced that the situation is bad and requires to be changed; then our first duty is to take personal responsibility, and not to look for those we have derisively dismissed in the past as professional agitators, those whom we disparage as no-do-gooders, in other to outsource to them the actions of resistance which our anger and conviction informs us is the right thing to do.

The first responsibility of anyone who feels angered by a course of action, is to take personal responsibility; own the anger, and make a commitment to take action. The most effective action is that taken together with others, that is collective action, social action.

So, if you are aggrieved, if you feel angry, take responsibility, take action. Your first action is to reach out to others who feel your anger, and who feel the same way as you do. Reach out to them, and then together, take collective action – organise yourselves, enlighten yourselves about the issues, reach out to others and enlighten them about the issues, spread the message, organise and mobilise towards ever bigger collective action.

Make the effort to reach out to and organise every droplet of anger and grievance, and keep mobilising until the collection of droplets of anger become first a pool, then a stream, and then a mighty unstoppable river of resistance.

In this sense, resistance is like a coin with two dialectically connected and interacting sides – Personal responsibility arising from personal conviction; and taking collective action driven by shared conviction.

So, let us be clear, no one other than ourselves, no certain persons or certain organisations, without our own individual commitments, taking personal responsibility to call for, and be part of organising collective action with others, can help us to overcome the present situation and challenges.

Now, let us look at the issues at stake. Why this is another manifestation of failed class leadership and failure of class governance.

They say there is corruption in the oil and gas sector, and that is responsible for the crisis in the sector. They say that the under recovery which has been borne by the NNPC since the inception of this regime in 2015, has become unsustainable and that it is merely oiling corruption.

We agree with them that there is humongous and historic levels of corruption. But this isn’t the problem. This is merely the symptom of the problem. The real problem is failure of governance, and the crass incompetence and inability of a regime to properly govern.

And since 2012, spanning the tenure of two different administrations, from two different ruling parties, combined capacity utilization has since dropped to near zero percent of installed capacity. This is the reason why we are the only OPEC member country that is reliant to the tune of more than 95% on imported refined petroleum products to meet domestic needs. It is why we are Africa’s largest producer and exporter of crude oil, while also being Africa’s largest importer of refined petroleum product; Much as we revel and regale in becoming net exporters of yam and cassava, while also remaining net importers of industrial and pharmaceutical starch, processed from the same yam and cassava!

Yet, since 1999, and particularly since the January Uprising of 2012 every regime from every faction of this congenitally corrupt and inherently incompetent ruling class have been unable and unwilling to fix the refineries and embark on a concerted policy of ensuring we achieve adequate domestic refining capacity to meet our needs; and these failure, despite the wastage of more than 420bn in combined Turnaround maintenance contracts since 1999.

As we have seen with the NDDC, despite the numerous turnaround maintenance contracts to fix the refineries, not a single refinery has been turned around, and capacity utilization of combined installed capacity of the refineries have remained below 10%.

Who were responsible for awarding these spurious contracts? Who were the contracts awarded to? Why have business continued as usual in the refineries? Why are their no members of management of the refineries, or contractors to the refineries being investigated or prosecuted? Why has no one ever been punished for these monumental failures and waste? And to be clear the buck stops with the various governments, and the various heads of the various governments; and in this case since 2015, the buck stops directly and indirectly at the Presidency, given that this particular president has also been the Substantive Minister of Petroleum since 2015.

What this means is without government intervention in pricing to keep fuel affordable, and in the absence of domestic refining capacity, against the backdrop of complete dependence on importation of refined products, the pump price of PMS, AGO and Kerosene will continue to rise, and we may breach the N300 per liter very soon.

So, the question to ask is why have been unable or unwilling to achieve to adequate domestic refining capacity since 1999, but particularly since 2012, in the aftermath of the January Uprising of 2012?

They say there is a cabal? If any government complains about the activities of a cabal that it has no power or control over, despite all of the institutions and forces of state power and governance at its disposal, then such a government is a non-government. In fact, the implication of this is that the cabal is stronger than the government and all the institutions of state. The only valid and rational conclusion to draw will be that the government and the cabal, the ruling class and the cabal are one and the same, period!

And as to the argument about a subsidy on petrol being a subsidy on consumption, and thus not an incentive for economic development, the fallacy of such an argument in our context is very obvious. But the fallacious nature of the argument needs to be restated.

In Nigeria, with an economy powered by more than 50,000 MWs of electricity, out of which only about 5,000MWs comes from the national [public] grid, with more than 45,000MWs being Individually generated by individual citizens, households and businesses etc; through the use of generating plants of various sizes ranging from the I better pass my neighbour generator to the industrial plant; the implication is that for this economy, petrol, refined petroleum products, and in particular PMS [used by more than 80% of generators in use], and AGO [used by industrial plants]; refined petroleum products are a significant factor of production, not a factor of consumption. In fact, energy costs for households and businesses are a huge and significant component of the cost of doing business, and a significant contributant to the ever-rising cost of doing business and the ensuing attrition of the level of competitiveness of running businesses in Nigeria. That is one of the reasons we are losing our businesses competitiveness edge to neighbouring countries.

In our context therefore, where the available energy from the grid is less than 5,000MWs, where citizens, households and businesses have to generate on their own the balance of more than 45,000MWs needed to power this economy and the homes; where these power generating plants utilise refined petroleum products; and where the cost of these refined petroleum products is ever-rising, [and therefore cannot be calculated as a fixed cost, becoming a variable and unstable cost], becoming less and less affordable; and where these is combined with hike in the tariff of the available power from the grid; the resultant effect is one of unsustainable energy cost for businesses and households.

So once again, here you see the effect of increasingly mutually antagonistic nature of policies of the same government and of the same ruling class.

Similarly, you have the policy of reducing poverty, enhancing livelihoods, and growing jobs; yet on the other hand your other policies are leading directly to higher and increasingly unaffordable cost of living, devastating livelihoods of the poor, and stimming job growth since businesses have to cover rising energy costs.

To be clear this policy thrusts are headed only in one direction, increasing poverty levels, and increasing hardships and burdens on the poor and middle classes.

It is obvious that this regime, and this ruling class of which the regime is a factional representative have lost any ideas about how to govern us effectively, how to rein in and tackle their own greed and light fingeredness, how to achieve national human and economic development and inclusive growth.

It is obvious that we are the only people who can make things right for us, who can compel the ruling class to do the needful, reverse itself, and punish the thieves in its own midst.

It is clear, that we have reached the point where we need to once again take our destiny into our own hands, and make a collective intrusion unto the historical stage, as we did in the January Uprising of 2012.

I was there, on the streets, actively, at that decisive historic turning point in 2012, a moment that signaled the end of the rule of one faction of the ruling class and the rise of another faction of the same ruling class; I was there again in 2016, when the honeymoon of the new regime had not yet waned; I am here now once again in 2020, and together with all of us, I will be there actively on the streets.

But this time we must organise, mobilise and strategise to ensure that the outcome this time will be in our own collective interest, and not just in the interest of varying combinations of different factions of the same ruling class.

What we are seeing, what is impacting us so greatly is the failure of a ruling class. The solution to our problems and existential challenges lies beyond and outside of this ruling class, and all of its factions. That is the lesson taught and continuously reaffirmed since the January Uprising of 2012.

So, rather than look for this or that person or organisation to come and act on our behalf, rather than seek a messiah to come and save us from this pestilence, let us all instead rise together, take personal responsibility, and organise and mobilise with conviction and commitment towards taking collective action – Together, each and everyone of us.