News Release: Abduction of the Students and Teacher of Prince Academy Kaduna: Why the Morbid Silence? Or is there No Rescue Plan? 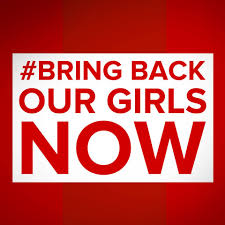 It is now two weeks (14 days) since the news broke that gunmen attacked yet another school in the country – Prince Academy in Damba-Kasaya village in Chikun Local Government in Kaduna State. It was reported that the terrorists killed one-person and abducted Junior Secondary School students as well as a teacher who had been asked to resume school by both the Federal and State governments.

In what amounts to a case of egregious negligence of citizens by their government, neither the Government of Kaduna State, nor the relevant security establishments of the Federal Government has made any statement whatsoever on this repeat tragedy of schoolchildren being abducted from their schools. It is highly condemnable that under the leadership of President Muhammadu Buhari and Mallam Nasir El-Rufai respectively as Commander-in-Chief of our Armed Forces and Governor of Kaduna State, the country is experiencing a tragic reminder of the gross mishandling of a similar tragedy that befell 219 Chibok schoolgirls in 2014.

The failure of the Federal Government at that time to publicly acknowledge the ChibokGirls tragedy and mount a swift rescue operation was what laid the foundation for the continuing captivity of the remaining 112 Schoolgirls and Leah Sharibu of Dapchi School 6 years and 2 years on, respectively. Pathetically, like it was with ChibokGirls, so it was with DapchiGirls and now after many years, nothing is different for the KadunaStudents. Our governments continue to repeat a pattern of cynical disregard for the lives of our citizens who show up in school in pursuit of knowledge. No one should ever have to choose between an education and their lives.

Our movement is indeed shocked at the incompetent manner in which the reopening of schools amidst a COVID19 pandemic was handled; this in an environment beleaguered by some of the highest levels of insecurity around the world. Worse still, many days after their abduction, parents, and citizens are yet to hear any word from the Government on the status of their children. What happened to the Safe School Initiative that prescribes certain minimum standard of security measures for schools situated in highly insecure parts of the country like Prince Academy?

We join the affected families and all well-meaning Nigerians to demand that President Muhammadu Buhari and Mallam Nasir El-Rufai immediately redouble efforts to rescue the children abducted from Prince Academy. We also demand a public statement, and transparency and accountability on this heart-breaking situation.

Nigeria cannot afford to once again abandon her young children to terrorists. We demand immediate justice for and the rescue of the #KadunaStudents and their teacher. The government must rescue them. We demand the fastest possible rescue of Favour Danjuma-9 years old, Happy Odoji-14, Ezra Bako-15, Miracle Danjuma 13 and their teacher- Christiana Madugu. This is a constitutional duty their government owes them and that duty must be performed now.

Signed: For and on behalf of #BringBackOurGirls