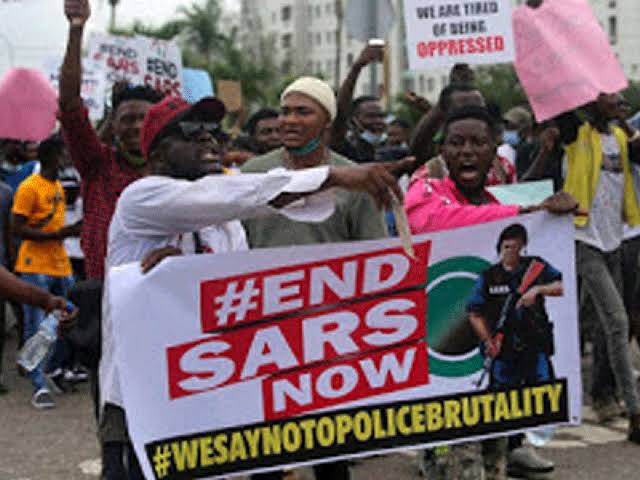 From general information obtained across the country, Intersociety is estimating credibly that no fewer than 200 defenseless EndSARS protesters were killed by soldiers and police personnel and pro Government hoodlums. The killings took place between 7th Oct when the protests started in Lagos and Friday, 23rd Oct 2020. Military terror is still being reported in Abia, Ebonyi and Rivers States and with the latest ‘use maximum force’ order issued by IGP, Abubakar Adamu, death tolls are expected to rise further across the country particularly in South-South and Southeast in coming weeks. While soldiers and police personnel used deadly and excessive force on protesters in different parts of the country, Islamist hoodlums allied with the present Government of Nigeria targeted and attacked the protesters in some parts of Northern Nigeria including Abuja, FCT, Kano and Plateau. They also targeted and unleashed violence against properties belonging to protesters and those owned by Christian traders resident in the named areas.

It is also our gathered information that the violent dimension introduced in the protests was reportedly originally hatched by the Government and its security forces for purpose of discrediting the peaceful protests and prepare grounds for massacring of the defenseless protesters. This was further fueled by the shooting to death of between 15 and 20 defenseless citizens at Lekki Tollgate and injuring of multiple dozens as well as the discovery of hoarding of COVID-19 palliatives in several Government Emergency Aid warehouses. Food and humanitarian experts told Intersociety that the hoarding was deliberately designed by politicians to use the hoarded items for electioneering after re-bagging and re-branding them.

The breakdown of the not less than 200 EndSARS protest deaths across the country shows that at least 50 defenseless citizens were killed in different parts of Lagos including Mushin (at least 17 deaths), Lekki (between 15 and 20 deaths), Ikorodu (at least six deaths), Ketu (at least two deaths), Orile (at least three deaths), Alausa, etc. The Lagos killings included the 15-20 deaths recorded at Lekki Army shooting of Tuesday night, 20th Oct 2020. A key witness of the killings, Ms Obianuju Catherine Udeh (a.k.a. DJ Switch), had disclosed to the Premium Times that she and her protesting colleagues/survivors “handed over fifteen bodies of the slain protesters to the Army unit commander that killed the protesters and the corpses were taken away by his team”.

The present central Government of Nigeria and the country’s security agencies; not the protesters and their organizers should culpably be blamed for violent dimension the EndSARS protests took and property destructions that followed. Had the Government acted wisely by directing its security agencies not to shoot at the protesters but to guard and protect them and their protests, the violence that greeted same would not have occurred.  Also had the Government not allowed its allied Islamist hoodlums to launch attacks on the protesters including killing dozens of them and burning their vehicles and other properties, the violence would have not have occurred.

30,400 Deaths Recorded In Police Cells In Nigeria Mainly Perpetrated By SARS Since 2004

It is the research projection of Int’l Society for Civil Liberties & Rule of Law that using national projection via available independent research statistics, average of 10 unprocessed and untried citizens are killed monthly in Police custodies in each State across Nigeria. This further translates to 370 persons monthly and 4,440 yearly. In other words, Nigeria as a whole is most likely to have lost in the past sixteen years or since 2004 a total of 30,400 unprocessed citizens to police extrajudicial killings mainly perpetrated by its SARS. The NPF particularly its SARS has also earned notoriety in permanently disappearing hundreds, if not thousands of Nigerians every year. In other words, citizens arrested outside the law and taken into secret custodies are killed without the knowledge of their families and outside the confines of official records.

Defining Unprocessed Detainees: ‘Unprocessed detainees or detained citizens’ are those taken into custodies and pre-judicially accused of breaking the law and tortured to death or shot dead after they have been taken into custodies without undergoing full processes of arrest, investigation, prosecution, fair trial, conviction and sentencing. The allowed police power to kill in the line of ‘exchange of gunfire’ with violent criminal suspects is hardly the case. Their torture and extrajudicial killings by NPF personnel particularly its SARS are in most cases, fueled by trio of hate, corrupt and crude or unprofessional policing.

3,300 Deaths Recorded In Police Cells In Anambra Mostly Under SARS Since 2004

In Anambra State, owing to combination of blue-collar setting, hate, corrupt and crude or unprofessional policing, average of 15 unprocessed citizens are killed monthly in police custodies across the State since 2004 or in the past sixteen years, with most of the killings or between 80% and 90% perpetrated by SARS. This further translates to yearly average of 180 and past sixteen years or since 2004 average total of 3,300. It is also on record that Police SARS atrocities became the order of the day in Anambra State from 2004. Further breakdown of the total 3,300 unlawful deaths indicates that in three years of the interloper regime of Dr Chris Ngige or between 2003 and 2006, no fewer than 550 died, between 2006 and 2014-a period of eight years when Obi held sway, no fewer than 1,450 died and between March 17, 2014 and 2020, a period of six-and-a half years of the present Obiano Administration, no fewer than 1,200 have been killed extra-judicially.

From our previous and updated research records, Nigeria had lost not less than 140,000 citizens outside the law in the past 21 years or since June 1999. ‘Killings outside the law’ are killings not permissible in law or killings that ought not to have occurred, but occurred on account of failure or conspiracy of relevant State organs and their security agencies; or killings perpetrated by state through state terrorization of the general or particular citizenry on account of their religion or tribe; or such killings supervised by state using its allied armed groups or mob actions. They exclude ‘street crime’ related killings but include unlawful military and police killings, vigilante killings, jihadist killings, ‘eco-cultural-jihadist killings and killings resulting from ethnic and communal violence.

From our Dec 2016 updates, not less than 101,000 defenseless Nigerians were killed outside the law between June 1999 and Dec 2016 and between Jan 2017 and 2020; 40, 000 defenseless Nigerians have died outside the law. They include 18,000 deaths in police custodies on average of 4,450 yearly; 7,000 Christian deaths perpetrated by Jihadist Fulani Herdsmen, not less than 4,000 deaths (asymmetrically represented) by Jihadist Boko Haram/ISWAP and some 4,000 mainly indigenous Hausa Muslim deaths perpetrated by Jihadist ‘Bandits’ in Muslim areas of Zamfara, Kastina, Sokoto and Kaduna (Birnin Gwari). The rest are over 600 military killings, 2020 COVID-19 killings, EndSARS killings, killing of Christians by Jihadist ‘Bandits’ and other killings arising from ethnic and communal violence.