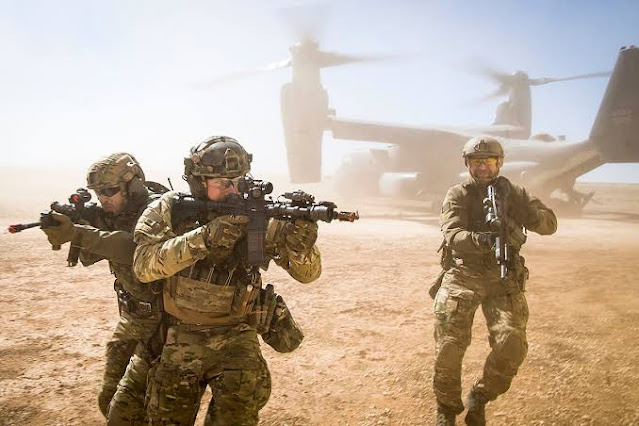 American troops on Saturday morning rescued an American citizen taken hostage last week in Niger, according to a statement from the Pentagon.

“U.S. forces conducted a hostage rescue operation during the early hours of 31 October in Northern Nigeria to recover an American citizen held hostage by a group of armed men,” said Pentagon spokesman Jonathan Hoffman in a media release. “This American citizen is safe and is now in the care of the U.S. Department of State. No U.S military personnel were injured during the operation".

Niger and Nigeria share a long border. More than three-fourths of Niger, which is north of Nigeria, is covered by the Sahara Desert, and the Sahel, a region of dry grasslands and savannas that extends across Africa just south of the desert, has become a hotbed of Islamic militants. Niger and northern Nigeria are both predominantly Muslim.

The hostage, Philipe Nathan Walton, was taken from his farm in Massalata in southern Niger early Tuesday morning by armed kidnappers who demanded a ransom from the man’s father.

The mission was undertaken by elite commandos as part of a major effort to free Walton, 27, before his abductors could get far after taking him captive in Niger on Oct. 26, counterterrorism officials told ABC News.

Niger has faced a growing number of attacks by extremists linked to both the Islamic State group and to al-Qaida. The kidnapping comes two months after IS-linked militants killed six French aid workers and their Niger guide while they were visiting a wildlife park east of the capital.

On Oct. 4, 2017, militants from the Islamic State in the Greater Sahara ambushed Nigerien and U.S. soldiers outside the village of Tongo Tongo. Four Green Berets and five Nigeriens were killed and eight Nigeriens and two U.S. soldiers, including the team commander, were wounded.

Hoffman would not comment on anything beyond his initial statement.