Article: A Case For 2020 Electoral Act 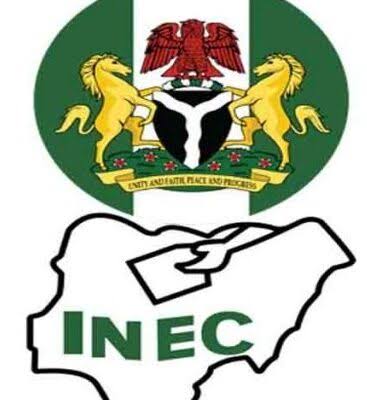 The last time an amendment was made to the laws governing elections in Nigeria was in the year 2010. That is clearly ten years ago, when the Electoral Act was amended. From that period up until now, several issues and problems arising from the conduct of elections make an amendment of the subsisting law even more imperative. From Imo State where the majority of the people feel that the Supreme Court imposed on them a governor they never elected, to Zamfara and Bayelsa, where candidates who were actually defeated on election day now preside as governors, there are genuine reasons for the renewed agitations and calls for the amendment of the Electoral Act to make outcomes of elections reflect more, the will of the electorate.

Indeed, the 8th Senate did try to amend the 2010 Electoral Act. The bill was passed and sent to the President the first time in 2018. What we do know is that the President withheld his assent and returned it to the Senate citing some errors. The Senate took cognizance of the points raised by the President and working in concert with some of the key officials of the presidency, addressed the earlier concerns and passed the bill again. And for the second time, President Muhammadu Buhari withheld his assent—this time citing that the time was inauspicious. Those who know, however, believe that the president and his party, the All Progressives Congress (APC), were afraid that the reforms the law will bring to bear on the electoral process may not favour them in the 2019 general election, given the fact that they were going into that election very unpopular with the people.

The key element of the botched 2018 amendment was the transmission of results by electronic means from all the polling centres in the country. Anyone conversant with the electoral process in the country, especially observers and election monitors, will readily tell you that the greatest manipulation of election results takes place between the polling booths and the collation centres. An automatic transmission of the results from polling centres by electronic means will almost certainly eliminate that infamous and treacherous chain in the electoral process, which corrupt politicians in connivance with compromised electoral officers and security operatives take advantage of, to steal votes.

Most times, it is in the process of transferring results from polling units to the so-called collation centres that all manner of dirty underhand dealings like allocation for false votes, tampering with the original results, illegal cancellations and mutilations take place. So, it is quite understandable why those in power apparently benefitting from a non-transparent process are unlikely to be persuaded by any moves to reform the electoral process and lend integrity to our elections until they themselves are out of power and become victims.

Yet, the process that throws up leaders in the country is too important to be left solely in the hands of selfish and corrupt politicians. For one, elections give citizens the opportunity to actualize their rights as sovereigns at any given time. In other words, elections provide citizens in a democracy the platform to execute their rights in determining who governs them and indeed how they are governed. And the periodic nature of elections makes it possible for those who govern to remain accountable to the citizens who elected them.

That explains why in our own case, for instance, politicians return after every four years to the people to be reassessed. If after the first term, in systems why votes count, elected officials deemed to have performed well by the people are rewarded with renewal of their mandates in a fresh election, if the constitution permits. In essence, election is one of the rare institutions of vertical accountability. That being the case, corrupt politicians will do anything to violate the electoral process and even frustrate any process directed at reforming the system, if they can.

Interestingly, however, the civil society and the media understand the ways of these devious politicians and their shenanigans. They have rightly become the authentic voice of the people and have taken it upon themselves to study, analyse and contribute to the process of disinfecting our electoral process through different methods aimed at electoral reforms. It is heart-warming to report the steady progress and advocacy efforts of Centre for Liberty (CFL) with the support of the Open Society Initiative for West Africa (OSIWA) towards electoral reforms. Already, over 17,000 citizens have signed a petition initiated by CFL in a galvanizing move urging the National Assembly to pass the electoral bill this year, without any further delay with December 2020 as deadline. They have also held several rallies including a mascot parade at the National Assembly to remind the 9th Senate of the need to prioritize election reforms in their law-making function.

Yes, the bulk of the heavy lifting in the process of engendering electoral reforms by way of amending the 2010 Electoral Act resides with the National Assembly. Yet, the states and the grassroots also have important roles to play if sanity is to be brought into the crazy elections we have been having in this country. The reason for this assertion is easily decipherable because all politics as it is said is local. Members of the National Assembly all come from different home constituencies from where they were elected. And to seek re-election, they have no other choice than to go back home to the people to ask for votes.

So, it is imperative for the people to drum into the ears of their senators for instance, the need for them to support the electoral reform bill pending in the Senate. This perhaps explains why again CFL has taken its advocacy to pass the electoral bill in 2020 to various states like Adamawa, Edo, Ekiti, Ondo and Enugu, to sensitize and interact with the people.

Given our history of subjugating governance to politics, the campaign to have the Electoral Act amended this year, 2020, to give greater credibility to electoral outcomes is indeed visionary. The next general election comes in 2023. What this means is that by next year, 2021, politicians, both elected and appointed will switch into a dangerous campaign mood to the detriment of governance. So, 2020 provides a great window of opportunity to do the needful in the area of electoral reforms geared towards protection of vote choice. What happened in 2018 when President Buhari finally hid behind time-excuses to withhold assent to the Electoral Bill is a thunder that must not be allowed to strike again.

Our senators must realize that the action they spurn today might come to haunt them in 2023 at the polls. In fact, it is also in their own interest to expedite action and pass the 2020 Electoral Act! In the words of Kabiru Gaya, APC senator from Kano, “For Nigerians who are really keen on the matter (electoral reform bill), we are also ready in passing it. Members of the committees are ranking senators and former governors with experience, and we have gone through these reports, so I believe Nigerians will be happy with the final electoral act 2020.” Can we take this to the bank?