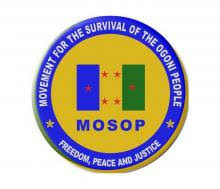 Twenty-five years ago,on this day, the Nigerian Military Dictatorship under the late General Sani Abacha illegally executed Ken Saro-Wiwa and 8 Ogoni activists in the Port Harcourt Prison and buried them in unmarked graves in a Port Harcourt cemetery.

The nine Ogoni men were sentenced to death by a Tribunal led by Justice Ibrahim Auta after a flawed trial lacking basic legal standards. The United Nations Special Rapporteur investigated the judgement, and the execution,and found the killingsto be illegal. John Major, the British Prime Minister at the time, described the hanging as judicial murder.

Ken Saro-Wiwa, John Kpuinen, BarinemKiobel, Felix Nuate, Saturday Dobee, Nordu Eawo, Paul Levura, Daniel Gbokoo, and BariborBera were executed 25 years ago this day. They were denied the opportunity to exercise their right of appeal, an essential element in any system of justice,even though it was enshrinedin the militarydecree setting up the Kangaroo Tribunal.

The Movement for the Survival of the Ogoni People (MOSOP), the peaceful and nonviolent environmental rightsmovement ably led by our hero and illustrious son, Ken Saro-Wiwa,confronted the Nigerian government and Shell against political marginalization, economic strangulation, and environmental degradation.

MOSOP and the Ogoni people call on the Federal Government of Nigeria currently led by President Muhammadu Buhari to:

Accelerate the Clean-up of the devastated Ogoni environment that has started during your watch.

The Ogonis wish to remind all Nigerians and the international community that:

We continue to oppose Oil exploration and Exploitation in Ogoni until Ken Saro-Wiwa and 8 Ogoni activisits are exonerated, and the clean-up and environmental mitigation of Ogoniland is completed as recommended by the United Nations.

Twenty-five years after the execution of our heroes, the Ogoni people want to breathe fresh air now.

What Ogoni people want is justice, fairness, and equity.

On Tuesday, November 10, 2020, there will be a Church service at All Saints Anglican Cathedral in Bori at 8:00 am to remember allOgoni martyrs, including our esteemed 4 elders, (Chief Edward Kobani, Chief Samuel Orage, Mr. Albert Badey, and Chief Theophilus Orage).

We shall proceed thereafter from the church on a peaceful March for Justice to BMGS, Bori to demand the ‘exoneration of Ken Saro-Wiwa and eight others now. Thereafter, we shall move to Bane, the hometown of Ken Saro-Wiwa, our hero, for the opening of Kens Memorial Park by the Ken Saro-Wiwa Foundation.

This memorial event is also intended to bring all Ogonis together to demand for our rights.