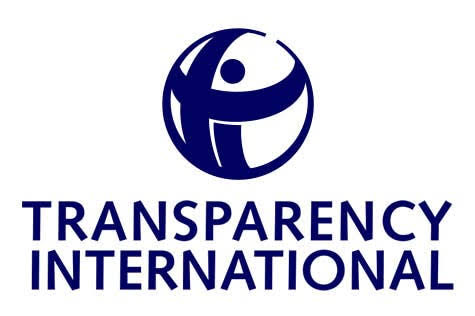 The four shortlisted candidates were selected from 228 nominated individuals and institutions. More than 400 nominations were received, mostly from members of the public.

“The four nominees shortlisted for the 2020 Anti-Corruption Award have all worked tirelessly to expose, challenge and end corruption. Their stories also highlight the very serious risks and dangers involved by doing so,” said Samuel Kimeu, Chair of the Anti-Corruption Award Committee. "These nominations are a reflection not just of their successes in the struggle against corruption, but the inspirational determination and courage they have shown in their work."

Ana Gomes (Ambassador and former MEP, Portugal) has been fighting injustice, and the corruption that often accompanies it, over the course of a career spanning decades. She is a positive example of a passionate individual in politics promoting good governance and willing to put the principles of justice and accountability above short-term diplomatic interests.

“Corruption and corruption impunity are threatening democracy. Look at how far-right, neo-fascist and other authoritarian forces take advantage of people’s tiredness of corruption to discredit democratic governance and the rule of the law.” – Ana Gomes

Bolortuya Chuluunbaatar (Journalist, Mongolia). Through her campaigning and journalism, Bolortuya been a driving force behind accountability for high-level officials, and a motion of no confidence in the Cabinet. Her work has inspired a huge reaction among the public and shown that those who occupy the highest political office are not untouchable.

“For democracy to be strong, it is important that citizens, civil society, and the media have evidence-based information and knowledge. It is possible to increase citizen participation with strong knowledge and information. I am confident that this nomination will be a great inspiration not only for me and our team but, also for Mongolian civil society and the media.” - Bolortuya Chuluunbaatar

Botakoz Kopbayeva (Ex-Vice-Rector for Financial and Economic Affairs at Kazakh National Conservatory) has demonstrated that fighting against corruption is possible even in a highly repressive and authoritarian environment . She stayed true to her values and principles even in the face of threats, violence and the risk of losing her job. Her actions exposing financial corruption have had led to resignations and convictions.

“The nomination is an opportunity to draw the attention of the world community and the highest authorities of Kazakhstan to total corruption; and it is an opportunity to create an incentive for people who are afraid to report corruption for various reasons. I am convinced that the fight against this evil must be two-sided, and only through joint efforts of the government and society can it be overcome.” - Botakoz Kopbayeva

Zaki Daryabi / Etilaat Roz Newspaper (journalism, Afghanistan). Despite the extremely critical situation for independent journalists and free speech in Afghanistan, Zaki Daryabi and his newspaper Etilaat Roz have a prominent role in challenging government corruption. Operating on a financial shoestring, Etilaat Roz provides hope and sends a clear message of courage, dedication and determination in the struggle to investigate, expose and challenge corruption in Afghanistan.

The Anti-Corruption Award honours remarkable organisations and individuals, including journalists, prosecutors, government officials, and civil society leaders who expose and fight corruption. A committee of seven people from the board of Transparency International and the wider anti-corruption movement serves as the jury. Nominations for this year’s award were submitted by the public and Transparency International chapters.

We would like to kindly thank Exiger for supporting the Anti-Corruption Award.