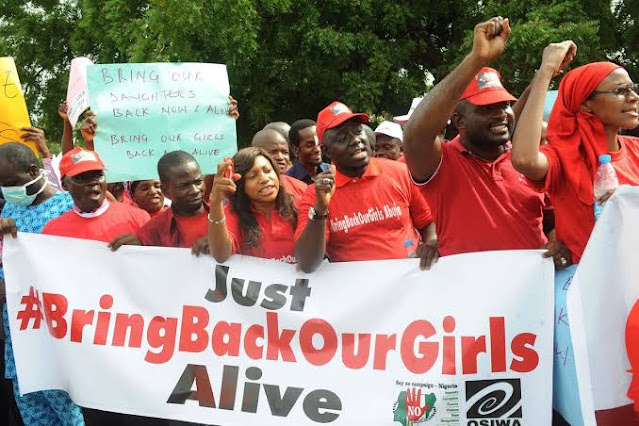 The #BringBackOurGirls movement received with predictable dread the news of the abduction of the unconfirmed figure of 333 schoolboys from the Government Science Secondary School in Katsina State around 11: 00 p.m. on Friday the 11th of December 2020 by Boko Haram terrorists.

Characteristic of the federal government of Nigeria, the administration of President Muhammadu Buhari has yet again failed the #KankaraBoys. The continuation of the seemingly endless nightmare of the string of school-children abductions including, the 112 #ChibokGirls, and #LeahSharibu still unaccounted for is unacceptable while the Buhari-led government continues to play the role of an ostrich with the security and lives of citizens. Has President Buhari not learned anything about securing our children in the theater of war? His indifference to the plight of citizens is the trademark of the failed leadership of his administration.

The federal government and the military have in the past, claimed victories against Boko Haram. In December of 2015, the government claimed to have technically defeated the insurgency group. In 2016 he was said to have been fatally wounded, in 2017 and 2018 the government declared him dead, and in 2019 President Buhari said Boko Haram has ‘substantially’ been defeated. In all of these timelines, the insurgents have unleashed untold mayhem on Nigeria and Nigerians. The recent audio recording that claimed responsibility for the kidnapping in Katsina state is a clear indication that the group is alive and well and are now moving West given the failure of government to stop their reign of terror in the Northeast.

We are dismayed by the back-and-forth between the state and the federal government over the actual number of schoolboys abducted. We do not want to see another Chibok where days and weeks passed while the inaction and delays of the Goodluck Jonathan government led to a prolonged abduction that is yet to be resolved today. Every moment is critical and there is no time to waste. Seemingly, the federal government under the leadership of President Buhari has learned nothing and committed to learning nothing that will prevent a repeat or mitigate the proper handling of any abduction. Utterly distasteful is the fact that the President is on the ground in Katsina state and has not deemed the meeting of the disconsolate parents the right course of action. This speaks of his cynicism and cold indifference; it is urgent that our country change the narrative of catastrophes met by indifferentpresidents.

Using our children as pawns in this game of failed leadership must stop now. The first 48 hours are crucial in the rescue of abductees. Three days after the abduction of the #KankaraBoys, the window of successful and timely rescue becomes increasingly difficult. The lack of urgency by both state and the federal government is disturbing; how much longer do parents have to grieve over the unknown whereabouts of the children they sent to school?

We as a movement demand the following from President Buhari;

Protection for protesting parents, and citizens as enshrined as a fundamental right

in the 1999 Constitution of Nigeria (as amended).

Direct communication with the parents of the abducted boys about the efforts made and a commitment to rescue theirchildren.

occurrences while safeguarding the rights of children to aneducation.

the country given the rising cases of insecurity and banditry.

We ask the federal government to seek support from regional and international stakeholders, especially the United States, to deploy the same security prowess used in the rescue of one American citizen, so we can win this war against terrorism and banditry with their support. As a movement, we will continue to monitor events and respond accordingly.

Signed: For and on behalf of #BringBackOurGirls: