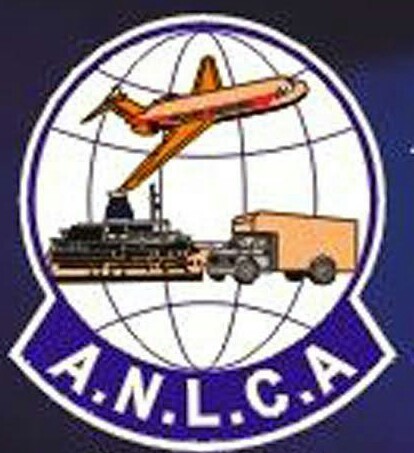 The darkest day of the over sixty-six years of ANLCA’s history, was enacted on Wednesday, 16th of December 2020 in Owerri-Imo state when, with brazen impunity and the effrontery of deceiving Governor of Imo State – Chief Hope Uzodinma to attend a meeting that clearly flaunts all sections of the Supreme Constitution of ANLCA 2008 (as amended) and the Subsisting/unvacated Federal High Courts judgments/orders of FHC/L/CS/599/2020 & FHC/L/CS/921/2020. As a living witness and active participant in the festering and unfortunate crisis in ANLCA, the undersigned will proceed to lay out some of the related cases so far instituted within this tenure of the now judicially-restrained National Executive Committee (NECOM) from parading themselves as national officers of ANLCA, which is between 2018 and 2022, until the hearing and determination of the motion on Notice, adjourned to the 9th of February 2021.

1 - SUIT # FHC/L/CS/2155/2018 – Integrated coastal services ltd & Mr. Thomas Edeigba versus registered trustees of ANLCA & 14 others. (a) PART OF THE RELIEFS SOUGHT, OF THE 4 STATES INTER ALIA AT # 2: “An order of interim injunction of this honourable court restraining the respondents/defendant by themselves, their agents, privies, or whosoever, from making any press statement or publication of any information, communiqué or anything whatsoever arising from the purported NEC meeting of ANLCA which was held at the Barcelona Hotels, Abuja on the 17th of December 2018 pending the determination of the interlocutory application in this suit.” (b) DECLARATION: Hon Justice M.S. Hassan then declared: “That status quo ante bellum be maintained by all parties in this suit, pending the determination of the motion on Notice “and ”that this suit is hereby adjourned to the 9th day of January, 2019 for hearing of the motion on Notice. (28/12/2018). (c) STATUS OF CASE: Several hearings have been conducted and this has been pending since its institution in Justice Hassan’s Federal High Court, Ikoyi. (d) IMPLICATION: With this order, all that took place at the Abuja NEC meeting on the 17th of December 2018 was put on hold, pending the hearing of the substantive motion.

Therefore, despite attempts for the so called appointees to take over in the various chapters and at the national level, it was fiercely resisted by those elected into positions, especially in the western zone. (e) BEFORE THE UNCONSTITUTIONAL NEC IN ABUJA, Western Zone chapters executives have denounced the National President in an unwithdrawn advert, for taking sides with the minority BOT members who deemed it necessary to change their Chairman (Henry Njoku), in preference for Alhaji Taiwo Mustapha, Chief Dennis Okafor as Vice Chairman, and Prince Taiye Oyeniyi as Secretary of the BOT. (f) FURTHERMORE, ON THE 25TH OF NOVEMBER 2019, a constituted NEC meeting at the National Secretariat of ANLCA, Lagos took the decision to reverse all the decisions made at the Abuja NEC meeting on 17th of December 2018. (g) ARISING FROM THAT NEC MEETING, A SEVEN-MAN (later unilaterally turned to a Nine-man) committee was set up to explore ways and means of resolving the multifarious problems plaguing ANLCA and recommend the way forward. Unfortunately, the committee turned an anti-climax, as its decisions were skewed to favour the antagonistic party. It did not stand the test of time, as it further compounded issues to be resolved.

So, even if the word replacement or additional BOT members are used, none of those elected on the 13th of February 2014 elections qualified to be so called, until and unless registered by the CAC. With this judgment, those who (five of eight of them did) removed Henry Njoku as chairman, realized this cul-de-sac situation and decided to perfect their documentation with the CAC. In the process, it was discovered that Henry Njoku has illegally perpetrated himself in office for over twelve years, without the appropriate backing of the law, since 2001. Paying all outstanding fees, charges and levies to the CAC, the five resilient, resolute, united BOT members, in the face of daunting intimidation, got all (except Tony Iju) registered as Board of Trustees members ANLCA and they were issued a certificate of registration # CAC/IT/NO. 6754 dated the 16th of January 2020 which listed all eight members elected on the13th of February 2014 in Warri-Delta state.

Coincidentally and quite unfortunately, the twosome giving ANLCA sleepless nights still have their names listed as BOT members of ANLCA officially on the current certificate. So, on the long run, Tony Iju Nwabunike will be the biggest loser, when the chips are down. (d) THE CERTIFICATE OF CAC REGISTERING ALL SUBSISTING BOT MEMBERS has been certified (CTC) by CAC as requested by Justice Oguntoyinbo in Suit #FHC/L/CS/599/2020. (e) OTHER IMPLICATIONS: Since Justice Aikawa has voided the BOT elected on the 13th of February 2104 in Warri, until and unless they were registered by the CAC, it goes without reasoning that all the activities performed by that then illegal BOT, stands null and void and of no effect. Meaning that all the Eastern Zone chapters elections conducted in the course of the past few years, the NECOM elections in Enugu on the 8th of March 2018, all official pronouncements made within the intervening periods by the BOT, the lilypond chapter elections, the NEC meeting/jamboree/decisions in Barcelona Hotel, Abuja on the 17th of December 2018, the NEC meeting at the National Secretariat, Lagos on the 25th of November 2019, etc are all null, void and profoundly illegitimate and therefore of no effect in the eyes of moral decency and the law.

(a) RELIEFS SOUGHT: The applicants are seeking the enforcement of their fundamental human rights in an order restraining the respondents, whether by themselves, servants, agents, employees or privies howsoever described from further arresting or harassing or intimidation of the applicants.

(b) ORDER/JUDGMENT: Justice I. O. Akinkugbe (Mrs) averred that: “flowing from the above findings therefore, it is clear to me that the issue between the 1st applicant and the respondents is criminal in nature and that this application is a ploy to evade further arresting and any further consequences especially as the first applicant has not denied he jumped bail. I find and hold that in view of the foregoing findings that there is no redress for the applicant through this fundamental rights procedure as the violation and consequent enforcement sought is not the main claim. This court therefore has no jurisdiction to entertain this action. The application is dismissed. I shall hear counsel on costs” (17/9/2019)

(c) CONSEQUENCE: Continuing evading of arrests by the applicants, which is like committing more criminal acts thereafter. The long arm of the law will soon catch up with them, no matter how long or far they may run.

(b) ORDER OF JUSTICE O. O. OGUNTOYINBO: “It is hereby ordered “1. The Defendants/Respondents (the “Defendants”) either by themselves, their agents, members, privies, or whosoever howsoever are hereby restrained in the interim from taking any actions, step or conducting themselves in any manner that is capable of harassing, intimidating, restraining or inhibiting the plaintiffs and other trustees of the 1st Defendant registered with the 5th Defendant as contained in the certificate of registration dated 16th of January 2020, from functioning as lawful registered trustees of the association, pending the determination of the Motion on Notice in this Suit,” among other seven orders of the court.

(c) THE IMPLICATIONS OF THIS ORDER which has been part heard and adjourned for the other party to deposit in the court of Justice Oguntoyinbo, the certified True Copy of their claimed BOT registration certificate, has been further adjourned till January next year from the 10th of December 2020.

With this order subsisting, those defendants (2nd, 3rd and 4th) have carried on performing activities in complete disregard of Justice Oguntoyinbo's order of July 1st, 2020. They have refused the BOT entry and use of the National Secretariat which is one of the properties of ANLCA that is constitutionally under their schedule, to which all documents are in their possession.

Tony Iju and Co. have attempted to organize elections into several chapters in the Western Zone unsuccessfully and also appointed some of their cronies into positions. But with the cooperation, vigilance and resilience of the ANLCA Western Zone Executives, elders, members, they have continually been resisted.

Their illegality and penchant for disobeying valid orders of the courts with impunity, was reenacted in Owerri- Imo State on Wednesday, 16th December 2020, when they held a Kangaroo-like AGM, incorporated BOT elections into the mix, amended sections of the fraudulently created Constitution of ANLCA, and dared anyone or anybody to challenge their intransigence.

Well, time will surely tell whether they will get away with this recent travesty of the law/justice this time or not. Deceiving the Governor of Imo State – Chief Hope Uzodinma to confer a clout/toga of legitimacy is immaterial.

The Governor was obviously shielded from the true picture and so were all those deceived into paying those huge sums of money to be “selected” into non-existent BOT membership. They all, except the Governor and his deputy that are covered with constitutional immunity, every other participant in that Owerri outing is liable to be charged to court for contravening/disobeying valid court orders.

6. THE NATIONAL EXECUTIVE COUNCIL (NEC) OF ANLCA: The extant Supreme Constitution of ANLCA 2008 is the same constitution with which the now court-restrained National Executive Committee (NECOM) were sworn into office with, on the 14th of April 2018 in Golden Tulip Hotel, Amuwo Odofin, Lagos. It was the same constitution that was used in the deliberation of the ill-fated emergency NEC meeting held in Abuja on the 17th of December 2018, as referred to in the communiqué issued on the Abuja NEC meeting. Same goes for the NEC meeting held in Lagos on the 25th of November 2019. In this intervening period, no mention was ever made of a reviewed constitution of 2013 and even signed by the immediate past National President and National Secretary. That Constitution (2013) was a complete fraud intended to continue bamboozling members of ANLCA and the general public. This is because NEC is the highest policy making organ in ANLCA as captured in Section 5(3) (a) of the Supreme Constitution of ANLCA 2008. Secondly, the purported and fraudulent Constitution used at the illegal Owerri AGM/BOT election was never ratified as required by NEC, before it becomes operational. Furthermore, for any consideration of altering the constitution, NEC must be properly constituted thus: “NEC shall consist of the National President as Chairman, the Vice president as the Vice Chairman, the National Secretary as the Secretary, members of the Board of Trustees, and all officers established in section 6 of this constitution, all Chapters Chairmen and their secretaries, Financial Secretaries and Treasurers and such other persons the Council may from time to time appoint to its membership.” (Section 5(1)) of ANLCA Constitution 2008. Truth must be told, the fraudulent constitution being distributed by especially Mukaila Babatunde Abdulazeez was a creation of few individuals masquerading as members of ANLCA, whereas they are not. They are simply impostors from some other sister organizations. At no time and place was the constitution reviewed and adopted by the NEC of ANLCA. They should be bold enough to put out information or extract of the meeting minutes at which the so called “Amended Supreme Constitution” was adopted, for ease of reference.  Otherwise, they should expect to be dragged before the law courts soon to explain the emergence of the “Amended Supreme Constitution” and signed by the erstwhile NP & NS.  7. THE CHARADE CALLED AGM/BOT ELECTIONS/CONSTITUTIONAL AMENDMENTS held in Owerri on 16/12/2020 is simply a feeble attempt to change the course of events and Justice in ANLCA, which will sooner than later take its rightful course. These distractions, though frustrating, are only momentary and it shall come to pass very soon. Thanks for your attention and appreciated time.