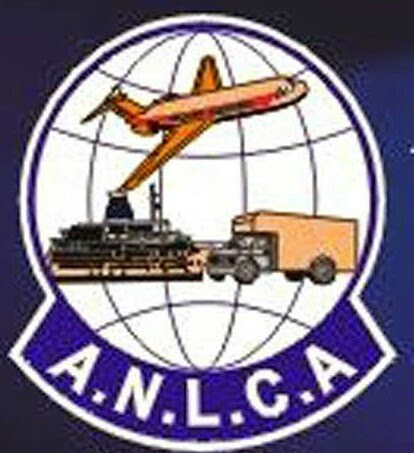 The last known BOT of ANLCA certificate of registration in the CAC file was in 2001.

It was established that during the process of regularizing the registration of the BOT, it was surprisingly discovered that between 2001 and when the certified certificate was reissued on the 16th of January 2020, no activity like annual returns and other financial transactions was conducted on the file.

Any other seen certificate of registration between 2001 and January 2020 are subjects of forgery.

As corroborated by Chief James O.K. Idornigie (AKA JOKI)- the BOT chairman as at early 2000s, Chief Henry Njoku in proclaiming himself as Chairman of BOT used coercive means of threats to life, blackmail, harassment, intimidation, etc using the Nigeria Police to retrieve the 2001 certificate from him.

Fortunately, before he released the certificate to the police, he made a photocopy, which he graciously whatsapped to the undersigned. Chief Henry Njoku, has also told the undersigned the same story in 2011.

Now, someone who threatened an old Chief JOKI with the instrumentality of state, must do everything to cover up his misdeeds of fraudulently running the BOT of ANLCA as his personal fiefdom. He intends to do so, for as long as he lives.

Surprisingly, no one has been bold enough, especiallky the puppets he installed in the Eastern Zone chapters and the MMIAirport, Ikeja, to ask Chief Henry Njoku to explain why there hasn’t been any transactions on the file of ANLCA at the CAC or even publish the certificate of registration of ANLCA’s BOT which carries his name as one of the BOT members?

But, as the wise saying goes- All day for the thief, one day only for the owner.

That is what has finally come to the fore today. NO CERTIFICATE OF REGISTRATION OF ANLCA BOT BETWEEN 2001, until Justice Aikawa directed (FHC/L/CS/1274/2018) that until the BOT elected in Warri in 2014 is registered by the CAC, that BOT cannot be said to be validly established under the law.

The BOT of ANLCA as elected on the 13th of February 2014 in Warri, was finally registered by the CAC on the 16th of January 2020- almost a month to the extinction of the ANLCA constitutionally provided six years tenure, without term limit.

In view of the perpetual covering of his fraudulent paths, he has variously changed the extinction date of the BOT that coincidentally, he is still a member, going by the list of names (8 in number) on the current certificate of Registration of ANLCA to the 7th of January 2020. Trying to be smart by half.

So, Chiefs Henry Njoku and Peter Obih fought five BOT members that stood by the truth for upwards of thirty months from outside, and ended up as members of the same BOT, which they have not denounced till date- or go to court to order their removal from the BOT.

To continue grandstanding, he deployed his chummy closeness with the Governor of Imo State to use his state apparatus to force an ANLCA AGM/NEC/BOT elections to be held in the East- particularly in Owerri- Imo State unconstitutionally and against subsisting Federal High Court orders.

He also commanded all his illegally installed cronies in all chapters of the Eastern Zone to attend. No members/chairmen/secretaries/financial secretaries, etc from Northern or Western Zones were in attendance, whether virtually or physically, which is a prerequisite for a well-constituted NEC meeting.

In totality ten of seventeen chapters did not attend the charade in Owerri. A challenge is hereby thrown to the organizers of the shameless events in Owerri to publish a report of the proceedings with the list of the attendees for the public’s consumption, quoting the relevant portions of the ANLCA’s subsisting constitution 2008 that gave them the powers to conduct the meetings, elections and even go ahead to induct Chief Hope Uzodinma- Governor of Imo State as the grand patron of ANLCA and Chief Henry Njoku as a patron. This is absurd and strange.

In an attempt to continue hiding away from the stark reality steering him in the face, Chief Henry Njoku engineered amendments of sections of a once rejected reviewed constitution of ANLCA, which at a NEC meeting in Port Harcourt- Rivers State, he vehemently objected/opposed to and ensured he stepped down and rejected - simply because of a clause that stops NECOM from reporting to the Board- which he was then chairman of.

Chief Henry Njoku has continuously, for several years sustained himself in positions of relevance to endlessly curry favors, forced respects and continue to live large on ANLCA.

During the twilight of Prince Olayiwola Shittu’s second tenure, Chief Njoku commanded all chapters in the Eastern Zone to stop paying monthly dues to the National Secretariat. This was extended to the tenure of the succeeding NECOM, incidentally headed by his sworn partner in the continuing decimation of ANLCA, which fast manifested in the ongoing split (or so it seems) of ANLCA, down the line because of one man’s pathological desire to keep the truth about his nefarious activities in the BOT/ANLCA  suppressed, for as long as he so wishes, forgetting that a day and time like the 13th of April 2018 in Golden Tulip Hotel, Amuwo Odofin, Lagos will come, when his cup will be declared full by his erstwhile colleagues on the BOT of ANLCA.

That day, he was told in unmistakable terms that enough of his deceit. Time for a change in the BOT of ANLCA is that day- 13/4/2018 and five of eight members voted to replace Chief Henry Njoku as Chairman of BOT of ANLCA. This is not a constitutional matter but a convenient arrangement for the administration of the BOT and in relating with NECOM and to some extent, with the general public/membership. His refusal to obey his colleagues’ wishes has led to several conspiracies that evolved between then and presently.

One other reason why Chief Henry Njoku is fiercely resisting changes in the BOT elected in 2014 is the almost unlimited millions of Naira accruing to the BOT as the supervising organ of elections in ANLCA. All nomination fees of elections into Chapters, Zones, National and BOT, are paid directly to the accounts of BOT, from where expenditures are made for election materials, venues, accommodation, logistics, etc. Balances thereafter are not paid back into the common pool for the constitutional sharing of the proceeds between the organs of the governance of ANLCA - Chapters, Zones, National and BOT- 40%, 10%, 40% and 10% respectively.

No account has been rendered for election proceeds since 2008 till 2018. Before 2008, Chief Henry Njoku held sway as the sole administrator of ANLCA between 2006-2008, within which period he doctored the subsisting ANLCA Supreme Constitution 2008, to favor him as he envisaged it.

Now that the chicken have come home to roast, the day of reckoning is nigh. Let no one be deceived that the reality will take long to manifest as the already disobeyed court orders has afforded the matters to be fast-tracked with the preponderance of offensive evidences abound and difficult to disprove- in the law courts.

Whatever has happened in Owerri on Wednesday, 16th December 2020 was just an arrangement by scammers to milk the unsuspecting publics, including the Governor of Imo state and some money bags, to be disgorged of their own money, which to the best of available information on majority of the individuals purportedly to have been elected into “their own” BOT, were not honestly made.

If otherwise, they would not have ventured into matters that are subjudice and are clearly against the spirit and letters of the Supreme constitution of ANLCA 2008.

Those purportedly elected as members of a non-existent BOT vacancies should just start licking their wounds for their huge financial losses, as “their BOT” will remain forever inchoate, because the CAC will never register them into legal existence, more so that those who presided and conducted the elections were restrained from parading themselves as national officers of ANLCA by Justice Aikawa in Suit # FHC/L/CS/921/2020. Games are up!! Period!!