Article: The National Question And The Quest For Restructuring In Nigeria 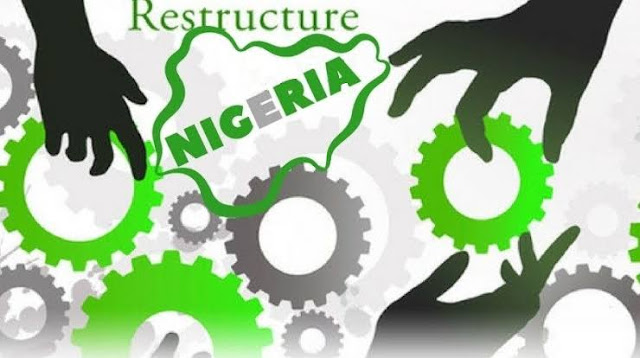 To paraphrase the historian, mathematician, journalist, and public intellectual, Edwin Madunagu, every political history has its significant dates, landmarks or turning points. In Nigerias political history, for instance, landmarks would include October 1, 1960, (the day Nigeria gained independence from Britain), January 15, 1966, (when the first of what would become a tradition of military coups occurred), July 6, 1967, (the official start of the 30-month Nigeria-Biafra war) and January 15, 1970, (the official end of the civil war).

To these dates, I will add January 1, 1914, (the amalgamation of the Southern and Northern Protectorates by the British to create Nigeria), May 27, 1967, (the beginning of state creation in Nigeria), and May 30, 1967, (the official declaration of the secessionist state of Biafra). The latter dates, May 27 and May 30, 1967, are significant in many ways. On May 27, 50 years ago, Yakubu Gowon, who served as head of state of Nigeria from 1966 to 1975, perhaps in anticipation of the audacious move by the Military Governor of the Eastern Region of Nigeria, Lt. Col. Emeka Ojukwu, announced the division of Nigeria into 12 states from four regions. The division of Nigeria into 12 states and Ojuwkus declaration of Biafra were decisions that would change the country forever.

Read more »
Posted by PublicInformationProjects at 10:09 No comments:

News Report: Fear And Frustration In Nigeria As Millions At Risk Of Phone Suspension

"If I don't have my phone, I don't make money," said Raphael Ajih, resting on a rusty metal chair, his hands clenched on his lap.

The government of Africa's most populous country has ordered telecom operators to block the SIM cards of anyone who fails to register for a National Identity Number (NIN) by February 9.

Across the country, many like Ajih are trying to comply with the directive, only to be frustrated by days-long waits to do the paperwork, often in large crowds despite the Covid pandemic.

The idea behind the NIN is to create a single ID database for Nigeria's 200 million people, replacing the hotchpotch of documents, from drivers licences to voter cards, that citizens use to identify themselves.

Read more »
Posted by PublicInformationProjects at 06:10 No comments:

The last paragraph of my last published article for the year 2020, titled “Study notes on state and state failure” (December 22) started with a number of questions to the Nigerian Left. Please note that, our wishes notwithstanding, we do not see or present the Nigerian Left, as of today, as an undifferentiated entity. Rather, we realistically see it as a movement of various segments and fighting vanguards united by a common history of successes and failures as well as commitment, faith and hope.

The questions were: “So, judging from the multitude of crises partially listed in the opening paragraph of this piece, has the Nigerian state failed? Is it failing? Is the summons: “revolution or state failure” real? In other words, is a fundamental change of agenda called for in the Nigerian Left?” My answer, which I called provisional, deliberately avoided a direct contact with the questions because it would have been unhelpful to attempt to answer them directly.

Read more »
Posted by PublicInformationProjects at 05:52 No comments:

Special Report: The Next 100 Days: Positioning Africa At The Forefront Of The Biden Administration

(The new U.S. administration must double down on, not shy away from engagements with African energy opportunities by facilitating U.S. private sector investment in natural gas and renewables and eschewing a return to aid-driven diplomacy)

On Wednesday, U.S. President Joe Biden was sworn into office, ushering in a new administration, new foreign policy and a new approach to U.S. trade and investment in Africa.

For its part, the Trump administration had not been short on growing U.S. private sector involvement in Africa, specifically under its trademark initiative, Prosper Africa. Designed to strengthen bilateral trade and investment, the initiative was launched in 2019 and supported by the Better Utilization of Investments Leading to Development (BUILD) Act. Signed by former President Trump in 2018, the BUILD Act consolidated the Overseas Private Investment Corporation (OPIC) and USAID’s Development Credit Authority into the U.S. International Development Finance Corporation (DFC), doubling the limit on investments from $29 billion under OPIC to $60 billion under the DFC.

Read more »
Posted by PublicInformationProjects at 08:42 No comments: 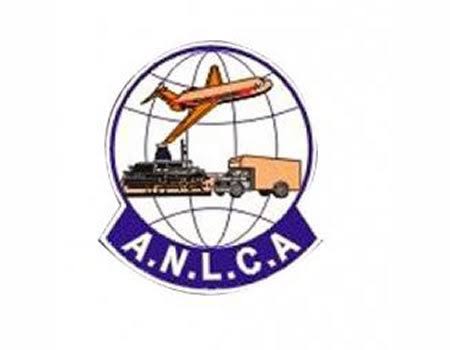 Reported by a Citizen Reporter

The Board of Trustees (BOT) of ANLCA having patiently waited after exhausting all available avenues for a honest and sincere reconciliation, it decided to bare its constitutional fangs by invoking relevant Sections (Section 13, Subsection 4 (a-d) Pages 23-24) of the Supreme Constitution of ANLCA 2008, and leverage on the various court orders/judgments/injunctions to play its role of reactivating and stabilizing ANLCAm.

Read more »
Posted by PublicInformationProjects at 13:15 No comments:

News Release: "Nigerian Citizens Stranded In Southern Africa Due To Inability To Have Their Passports Renewed"-Alaigbo Development Foundation 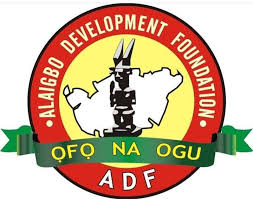 We have received several distress calls from Nigerian Citizens (over 1000) who are stranded all over Southern Africa (Botswana, Swaziland, Lesotho and South Africa); unable to travel out of those countries due to the failure of the Nigerian Consulate in South Africa to renew their passports. Some of these citizens have been waiting since June 2020.

Read more »
Posted by PublicInformationProjects at 07:34 No comments:

Like all of you, I have reflected on the past year and how the invisible enemy, Covid-19, swept across our beautiful country. All Nations have experienced the loss of loved ones, economic pain, and the negative impacts of isolation.

As your First Lady, it has been inspiring to witness firsthand what the people of our great Nation will do for one another, especially when we are at our most vulnerable.

With nearly every experience I have had, I found myself carrying many individual’s stories home with me in my heart.

Most recently, my heart goes out to: Air Force Veteran, Ashli Babbit, Benjamin Philips, Kevin Greeson, Rosanne Boyland, and Capitol Police Officers, Brian Sicknick and Howard Liebengood. I pray for their families comfort and strength during this difficult time.

Read more »
Posted by PublicInformationProjects at 07:02 No comments:

Posted by PublicInformationProjects at 04:32 No comments:

News Report: Biden Victory Is Certified After Day of Debate And Tumult

Joe Biden was formally recognized by Congress as the next U.S. president early Thursday, ending two months of failed challenges by his predecessor, Donald Trump, that exploded into violence at the U.S. Capitol as lawmakers met to ratify the election result.

The Democratic president-elect’s victory was sealed after House and Senate members fended off a final round of objections to the Nov. 3 election outcome raised by a handful of Republicans on Trump’s behalf. The proceedings were disrupted for several hours as pro-Trump demonstrators overran police lines, besieged the House chamber and entered the Senate chamber, sending lawmakers fleeing for safety.

Read more »
Posted by PublicInformationProjects at 02:35 No comments: 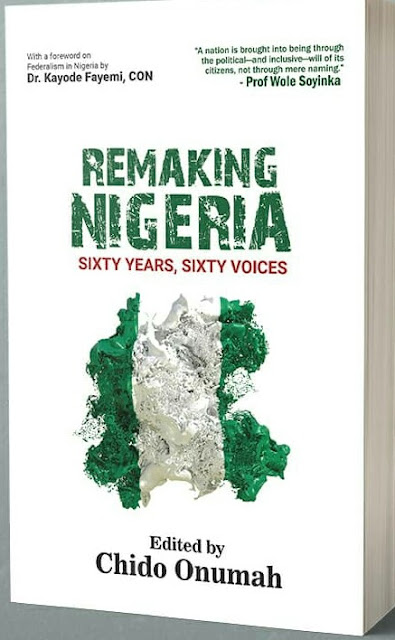 “…Nation-building is a futuristic venture; it is not something you do looking back. If a nation would be tempted, like Lot’s wife, to keep looking back, perhaps that nation will turn to a pillar of salt.” – Tope Fasua in Remaking Nigeria: Sixty Years, Sixty Voices

“A country is as good and redeeming as those who engage in its politics.” – Joel Nwokeomain Remaking Nigeria: Sixty Years, Sixty Voices

“They prayed for things God had given them capacity to do for themselves yet killed and maimed in the name of God. They fought for God and left their fight to God.” – Aisha Yesufu in Remaking Nigeria: Sixty Years, Sixty Voices

Nigerian politicians are a special breed. You do not know what motivates them—beyond unbridled power and opportunity to dip into the till. Or how else can one explain the mad rush for the presidency in 2023? In this conclave, you have Orji Uzor Kalu, “distinguished” senator of the Federal Republic, who supervised the plunder of Abia State as governor between 1999 and 2007 and Ahmed Rufai Sani Yerima, ex-governor of Zamfara State, a certified paedophile whose idea of democracy and nationhood is a throwback to the Stone Age.

Read more »
Posted by PublicInformationProjects at 05:05 No comments:

Speech: "I Wish To Also Use This Occasion Of New Year To Reaffirm My Commitment To The People Of Nigeria"-President Buhari 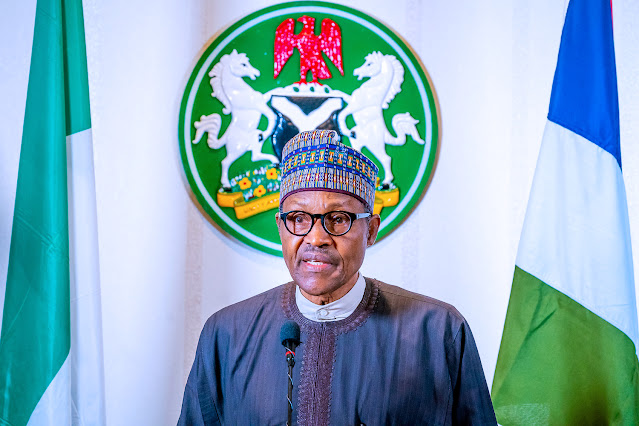 My fellow countrymen and women,

First, I would like to thank and praise the Almighty who saw us through the year 2020 and has given us the opportunity to witness the start of another new year. We especially thank God because the year 2020 was one of the most trying years since our existence as a Nation.

2. This can also be said about all other nations around the world, due to the challenges posed on our collective humanity by the novel COVID-19 pandemic.

3. While acknowledging that 2020 was a very tough year, we saw this year put to test our national resilience and ability to survive these tough times and also gave renewed hope that we will again brave any storms that lay ahead in 2021 and beyond.

4. As we celebrate the opportunity before us in this New Year 2021, we must also acknowledge the passing away of our brothers and sisters who didn’t make it into this New Year. May their souls rest in perfect peace.

Read more »
Posted by PublicInformationProjects at 04:11 No comments: