Disclaimer: Tony Nwabunike's Public Notice Published On The Sun Of 1/2/2021 On Page 9 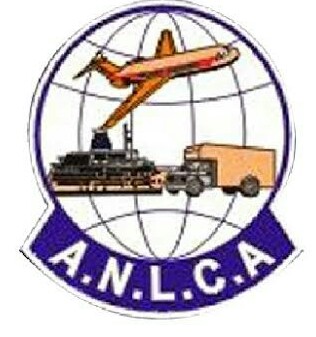 The attention of this member of ANLCA has been drawn to the misleading, ill-advised and unvetted publication for indemnity by the SUN newspapers, on the purported Board of Trustees elections held in Owerri Concord Hotel on the 16th of December 2020.

Apart from the fact that the activity was glaringly subjudice, because of lots of pending cases involving the association in various courts, there are lots of misinformation intentionally published in the advert with a view to deceiving the public into believing that the event was legally constituted.

Aside the fact that ANLCA has been embroiled in an unnecessary crisis since April 2018, sustained wickedly by certain persons who do not mean well for ANLCA, those who Justice Aikawa in Suit No. FHC/L/CS/921/2020 told in unmistakable terms that they should stop parading themselves as National officers of ANLCA since August 26th 2020, have carried on disrespecting the order with impunity, as if they are above the law.

So, ab initio, they do not have any right - haven been ordered by Justice Aikawa not to parade themselves as such - to call the AGM, amend their amended Constitution and conduct the BOT elections, which is an exclusive function of the BOT in the Supreme Constitution of ANLCA 2008 at Section 22, especially Subsection 2 (d) is clearly an affront on Nigeria’s Judiciary.

Furthermore, the 2013 Amended Supreme Constitution of ANLCA they have been brandishing, is a work of senseless and mindless forgery by Alhaji Mukaila Abdulazeez, in collaboration with Kayode Farinto, Tony Iju and Henry Njoku. So, most of the provisions quoted in the publication is unknown to the actual -Supreme Constitution 2008, which is still in existent and yet to be reviewed or approved out-of existence by the highest policy making body of ANLCA – the National Executive Council (NEC) - (Section 5 Subsection 3 (a) & Section 21(1)) of the 2008 Supreme Constitution of ANLCA.

Therefore, there is no Amended Supreme Constitution of ANLCA 2013 adopted by NEC before the exit from power (April 2018) of Prince Olayiwola Shittu, the then (2013) National President of ANLCA.

Another misleading information is the fact that the BOT elected in Warri, Delta State on 13th of February 2014 were not registered with the Corporate Affairs Commission (CAC), until Justice Rilwan Aikawa declared in a judgment he delivered (FHC/L/CS/1274/2018) on the 11th of October 2019 that until and unless that BOT applies to CAC and were registered, their membership of the Board of Trustees remains null and void, inchoate in the eyes of the law.

However, almost a month to the expiration of the six years, the tenure of the BOT elected on the 13th of February 2014 in Warri, the CAC registered eight members of BOT on the 16th of January 2020. So, for anyone to say that the tenure of the BOT has expired is only standing truth on its head.

Henry Njoku, Peter Obih and Late Aare Sanni Shittu rushed to declare that their tenure was up on the 7th of January 2020 because of their nefarious plans to impose a long-lasting crisis in ANLCA.

Importantly, the BOT registration certificate is an evidence tendered in the Federal High Court presided over by Justice Oguntoyinbo in Suit No. FHC/L/CS/599/2020. A certified true copy has been deposited in her court awaiting the next hearing.

On the list of the so-called elected BOT members in Warri were some unknown names to ANLCA register of members. All members belong first to chapter before being adopted into a general membership register. No wonder they were easily deceived to contest a non-existent BOT membership.

Some of the members who lived in self-denial drafted themselves in to the BOT elections because they thought they have a great chance to be what they knew they were not qualified for. Very unfortunate.

In its entirety, the publication should be completely ignored and a newspaper like the Sun should at all times do a due diligence on all their publications before publication. Just an unsolicited advice.