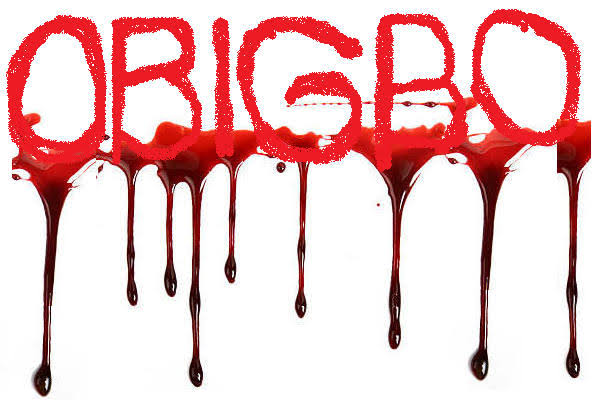 Retired Lt Gen Tukur Yusuf Buratai as immediate past Chief of Army Staff chillingly left a legacy of monstrosity and barbarism in the Nigerian Army. This is to the extent that few weeks after he was named as Nigerian Army Chief of Staff in July 2015, the secularity and professional tradition and culture of the Nigerian Army got changed and irreparably bastardized. Today, apart from Nigerian Army clearly running a hateful agenda on ethnic and religious grounds; particularly targeted at Christians and defenseless members of Igbo Ethnic Nationality-the largest Christian Ethnic Group in Nigeria, the Nigerian Army has also become an abominable army and key perpetrator of internationally classified and defined ‘prohibited acts’ including abominable sexual and other gender-based violence.

Atrocities of the Nigerian Army have remained ceaselessly untamed or unchecked week in week out since 2015. It is a height of abomination for soldiers of the Nigerian to have degraded themselves to the extent of engaging in serial rape and other abominable sexual violence against innocent and defenseless young Igbo Christian women inside the Mogadishu Barracks-a Barracks not too far away from Headquarters of the Nigerian Army in Abuja. This is to the extent of raping to death one, if not more than one of them and deflowering and inflicting bruises and internal injuries on another, as young as 23, who resisted being raped because she was a virgin. In all these, the Nigerian Army has dangerously become serially incorrigible and earned a status of ‘denial virus’-as it engages in serial and empty denials and hardly conducts credible investigations or fishes out its perpetrator personnel and hold them administratively and judicially accountable.

The 53 young girls and women and others in non-menopausal age bracket, were abducted by the Nigerian Army in Obigbo, Rivers State between Oct and Nov 2020 and serially raped for weeks by its soldiers at the Mogadishu (Abacha) Barracks in Abuja. They were part of those abducted at various arenas at Obigbo on their way home from work between 7pm and 7.30pm on 20th Nov 2020 and taken to Obinze Army Barracks in Owerri in the dead of the night or hours of the blue law from where they were secretly transported next night to the Mogadishu Barracks, Abuja where many, if not most of them were raped and used as ‘sex slaves’ for weeks before they were secretly transferred to DSS dungeons in Abuja where they are presently held incommunicado.

It is recalled that Intersociety had in Dec 2020 issued a statement alleging that ‘400 defenseless Obigbo residents or more including young women were abducted by the Nigerian Army between Oct and Nov 2020 and secretly transported to different military dungeons in Northern Nigeria where they were clamped into indefinite and incommunicado detention without charge and public knowledge’. Weeks after, 52 of the abductees were rescued in Niger State and three died in Army captivity. Also between Dec 2020 and end of Jan 2021, 93 of them were located, rescued and freed through Court bails. Just few days back, another 63 were granted bail and their bail conditions are being perfected. That is to say that a total of 145 Obigbo abductees including two young females have been freed while 63 more are set to be freed in coming days. With latest discovery of 53 women among them, the total number of located names among the over 400 Obigbo abductees is now 261, out of which 145 have been freed, 63 are about to be freed and 53 (all women) have just been located and over 140  are still at large. All the abductees, from our several investigations, are engaged in different types of legitimate occupation and other lawful social activities. Some of them also are husbands and wives, brothers and sisters; and young and nursing mothers.

How Names Of The 53 Women Were Discovered

Following the release of the second batch of the Obigbo abductees numbering 29 on 29th Dec 2020 including two young women (23 years old and 21 years old); a case of rape by soldiers of the Nigerian Army attached to Mogadishu Barracks and similar harassments at Obinze Army Barracks in Owerri, Imo State was reported and on 8th Feb 2021, Intersociety dispatched its investigators to interview the victims. Intersociety is retaining its right of confidentiality by withholding the identities and full accounts of the two rape victims. However, part of their accounts relevant to this statement is that “they were abducted alongside multiple dozens of other young women and men between 7pm and 7.30pm on 20th Nov 2020 at Obigbo”. The victims were abducted on their way home from their job or work places. The two rape victims were specifically abducted and labeled “criminals” on their way home from their hair dressing salon shops and at a local commuter bus stop. Their abductors (soldiers) operated with a luxurious bus “packed” with multiple dozens of abductees. They were taken away to undisclosed locations same night only for them to find themselves next day (21st Nov 2020) at Obinze Army Barracks, Owerri (Imo State). In the late evening of same (21st Nov), they were again taken away in the same luxurious bus only for them to find themselves next morning at Mogadishu Barracks, Abuja.

At arrival in the Mogadishu Barracks, they were separated and dumped in ‘male and female guardrooms’. The victims also importantly informed Intersociety “that there were over 50 young women in the female guardrooms-all Obigbo abductees” and that “during their stay in the guardrooms and less than two days after their arrival, soldiers turned them into ‘sex slaves’ and serially raped them using “random picking or selection”. The victims added that “just a day after their arrival from Obinze on 22nd Nov, 2020, one of them, called ‘Victoria’ was raped to death and her corpse disappeared till date.” The victims told Intersociety that “they were not raped inside guardrooms but were randomly picked each of the raping days and taken to designated spots where they were raped and returned to guardrooms”. The victims also alleged that “they were tortured, abused, degraded and starved of food and toiletries while in the Army captivity and were also totally blocked from their families and stripped of their personal belongings including cash sums, bags, jewelries and mobile phones”. Intersociety, Barr E.R. Okoroafor and others have since sent the clips of the interview to strategic groups including notable women’s rights groups outside the country.

How The 53 Young Women Were Traced To DSS Dungeons

It was a thorough underground search and investigation, built on the rape victims’ accounts and anchored by Barr E.R. Okoroafor, assisted by the leadership of IPOB, an internationally respected rights group and Intersociety  that paid off leading to tracing of names of the 53 young women to DSS. It was further found that they were handed over to DSS by Nigerian Army several weeks after their abduction and being serially serial raped. DSS in turn, dictatorially clamped and detained them incommunicado using crooked remand orders without recourse to required judicial review of same at the expiration of remand deadlines as provided in the Access to Criminal Justice Act of 2015 and in flagrant violation and breach of 35 (4) of the 1999 Constitution.  If abducted in Oct 2020, the 53 women and others still held captive must have been held for four months and over three months if abducted in Nov 2020. This is more so when the Nigerian Army (the sole abductors) and the Spy Police or DSS have neither charged them to court nor released them unconditionally; likewise maintaining silence of the graveyard till date.

Names Of The 53 Raped And Abducted Young Women