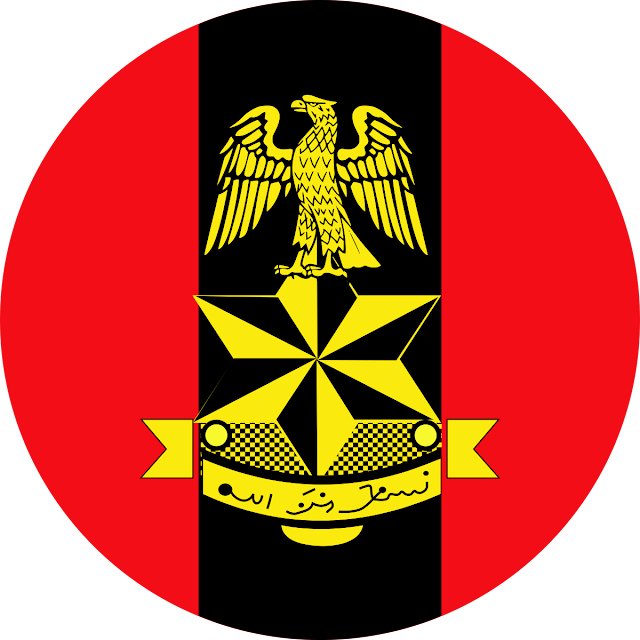 The methodologies used by Nigerian Army under Lt Gen Tukur Yusuf Buratai (as he then was) in its current field operations are filled with illegalities and nothing to write home about. They are, to say the least, crude, unprofessional, hateful, unconstitutional, locally and internationally unlawful, non human rights compliant, un-secular and ethnically and religiously discriminatory and cleansing. In arresting citizens wrongly or rightly suspected to have offended punishable laws bordering on Crimes against Persons or Crimes against the State or Crimes against Properties-all categorized globally into “mala inse” and “mala prohibita”; soldiering and policing authorities in any democratic Member-State of UN including Nigeria are inexcusably prohibited and barred from abducting citizens outside public knowledge and records, hatefully and criminally labeling them, taking them into custody and torturing, shooting and raping them to death (if females); disappearing the corpses of those openly or secretly shot and killed or raped to death, detaining the arrested ad infinitum and beyond the limits prescribed in written laws and totally blocking access of the arrested and detained to  their families, physicians and lawyers. Totality of these was the case in Obigbo Army massacre and abductions.

Army Lacks Power To Detain Citizens Not Subject To The Armed Forces Act:

In Nigeria, apart from the country’s written laws restricting the activities of the military particularly the Nigerian Army to issues of defense of territory in situation of interstate or intra state armed conflict and barring them from trespassing or going beyond their defined duties including usurping the key duties of the Nigeria Police Force such as arrest, detention, investigation and prosecution of suspected civilian offenders and their offenses; there have also been several Decided Cases barring the Army/Military from “arresting, detaining and investigating citizens who are not subject to the Armed Forces Act or any other Military law”. A case in point was a recent landmark judgment on the subject matter delivered by Hon Justice Taiwo Taiwo of the Abuja Division of the Federal High Court on 17th Feb 2021.

Use Of Term “Abduction”:

The adoption and use of “abduction” by the International Society for Civil Liberties & Rule of Law on Obigbo Army massacre and abductions is both legally and knowledgeably grounded. It is further strengthened by patterns and motives adopted by the Army (presently dominated and controlled by Fulani-Hausa Muslims). Official arrests and detentions are lawful, constitutional and human rights compliant when they are conducted by the authorities competently authorized to do so and done within the confines of due processes and procedures including making such arrests and detentions a public knowledge, ensuring access of the arrested and the detained to their families, lawyers and physicians, avoiding torture and other inhuman treatments while holding them in detention and ensuring that such arrests and detentions are not conducted during criminal and illegitimate hours or circumstances such as in the dead of the night; and the movement, detention and torturing of the victims during same criminal or illegitimate hours; ensuring that the victims are brought to court for trial within periods and limits prescribed by the Constitution; and providing them with fair hearing and trial environments and guaranteed rights.

These, however, were far from being the case in the Obigbo Army massacre and abductions. Apart from the Nigerian Army gravely overstepping its line of responsibilities including ‘arresting, detaining and investigating citizens (defenseless civilians) not subject to the Armed Forces Act or any other Military law’, it has also, till date, declined or refused to make or issue any official statement on those it abducted and their whereabouts. The Army further acted illegally and unlawfully by moving the victims in the dead of the night and extra-jurisdictionally; refusing to hand them over to the appropriate Civil Authorities such as the Nigeria Police Force for appropriate actions including investigating them of the alleged offenses, if any and taking them to court for trial; or releasing them on administrative bail; or discharging and acquitting them after non-indictable investigations.

The Army also acted unconstitutionally, inhumanly, hatefully and abominably by holding the victims particularly the over 60 girls and young women among them incommunicado and outside access to their families, physicians and lawyers and public knowledge for four months. This is to the extent that even when the secret abductions were evidentially exposed by rights groups and activists, the Nigerian Army still remained adamant and unrepentant, refusing to speak up and releasing unconditionally other abductees in its captivity till date.

Again, it was a height of abomination and atrocity for some personnel of the Nigerian Army to have serially raped its abducted female victims and denied abducting, holding and transferring them to DSS for further captivity. Totality of these strongly suggests that the Army intended hatefully to abduct, secretly detain, torture, rape (females among them) and massacre the victims and disappear their bodies without traces; all on the grounds of the victims’ ethnicity and religion (.i.e. Igbo tribe and Christianity). It must also be clearly pointed out that neither Nigerian Army (lacks power to detain, investigate and arraign civilian citizens) nor DSS has filed any criminal complaint against any of their abductees or captives since October or November 2020 in any court in Nigeria.  Instead, what the Army did was to abduct, detain, torture, rape and transfer the victims outside the law to DSS or another for further captivity.

The victims only get freed when their names are stressfully and painfully traced by activists and bail applications filed and successfully granted and served on the Army authorities, after which the Army authorities get them out from different secret locations where they are kept and hidden. Totality of these is abominable and unknown to Sections 35 and 36 of Nigeria’s 1999 Constitution particularly sub section 4 of Section 35 and sub sections 8 and 12 of Section 36.

The Nigerian Army and the Department of the State Security Service or DSS are “partners in crime” as it concerns the Obigbo Army abductions. It must be placed on clear record that the over 400 Obigbo abductees were solely abducted by the Nigerian Army and we are yet to come across credible pieces of evidence linking the DSS in the despicable and hateful abductions. However, DSS is complicit when it comes to accepting to further incarcerate the abductees transferred to its facilities by the Army. To further keep the abductees, the DSS resorts to obtaining kangaroo remand orders which are hardly reviewed judicially at expiration leading to the abductees being kept in its dungeons ad infinitum and without trial.

This is more so when the families, physicians and lawyers of the abductees are totally blocked and unaware of the whereabouts of the abductees. It is also on record that DSS has never taken any of its detained abductees to court months after he or she was transferred from the Nigerian Army. The DSS has also refused to speak on those it received and detained from the Nigerian Army particularly the 53 girls and young women recently traced to its dungeons presently in its custody as well as dozens of others judicially rescued from its custodies in different parts of Abuja. By law, the DSS as Nigeria’s interior intelligence gathering outfit also overstepped its bounds as it is not legally empowered to detain and torture defenseless citizens of Obigbo residency category and keep them secretly and perpetually in custody without administrative release or court trial and public knowledge.

How The Obigbo Abductees Were Robbed By Soldiers:

Another abominable and atrocious act of soldiers of the Nigerian Army was dispossessing and robbing the abductees of all their personal belongings at the point of their abductions and detention facilities of first instance.   The personal belongings robbed and disappeared till date since Oct/Nov 2020 included smart phones and other mobile phones and their sim-cards, recharge credits and loaded data; cash sums including fraudulent withdrawal of the victims’ bank cash deposits using mobile apps installed in their mobile phones and ATM cards; bangles, necklaces, wrist watches, large cash sums realized from daily sales or contract payments; bank credit cards or ATMs, identification cards, international passports, etc.

Those monetary and other valuable items were violently collected and possessed by soldiers from both male and female abductees in their hundreds. Items robbed and taken away permanently (robbed) from the over 60 abducted girls and young women included female handbags, sanitary pads, jewelries, make-up packs, perfumes, spare pants and braziers, eye and reading glasses and so on. It is on record that none of the freed abductees both males and females had gone back home from Army captivity with any of the items listed above. It is also on record that at release, the freed abductees were given new phones to reconnect with their families and new sets of clothes and toiletries to get re-clothed them and looked fresh.

Going by our findings including oral interviews from the two freed Obigbo girls and insider sources at Army and DSS dungeons, the over 60 abducted Obigbo girls and young women have been made to wear one set of underwear (a pant and a brazier) from Oct/Nov 2020 till date in Army and DSS captivity. In other words, the victims have been made to wear the same set of pants and braziers worn when they were abducted by soldiers of the Nigerian Army in Oct/Nov 2020 at various points of their abductions in Obigbo. This is more so when the Nigerian Army and the DSS have totally blocked the victims’ access to their loved ones including physicians, families and friends and declined to make their abduction and captivity a public knowledge or have them released or freed unconditionally. We also doubt if COVID-19 protocols have been observed in secret dungeons where they have been held for four months. Apart from serious suspicion of routine sexual harassments, the over 60 women presently in the captivity of the Army and the DSS are most likely to have been exposed to  a litany of health dangers including sexually transmitted diseases and other health challenges as well as mental and menstrual discomforts. Only God knows if they have been infected with HIV virus by serial rapists in service uniforms holding them captive.

For: International Society for Civil Liberties & Rule of Law