News Release: "Nigerian Army Is Transforming Into Ethnic Army Or Militia & Must Be Rescued Before It Is Irreversibly Late"-Intersociety 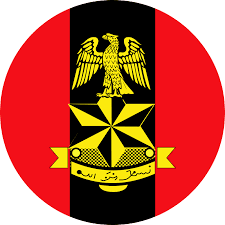 (...Obigbo women raped on grounds of their tribe & religion can force their ethnic group into insurgency or armed resistance)

What is presently called “Nigerian Army”, a major component of the Nigerian Armed Forces, is speedily transforming into an ‘Ethnic Army or Militia’ and unless urgent steps are taken and transformative efforts made, otherwise the Nigerian Army will irreversibly end up as ‘ethnic army belonging to Fulani-Hausa Muslim stock’.  Our consistent mirroring of the present ‘Nigerian Army’ commanded by Lt Gen Tukur Yusuf Buratai (as he then was) since 2015 particularly its composition, command structure, operational conducts or activities including sectional soldiering and horrible human rights records such as ethnic profiling, peacetime sectional killings, abductions, torture and sexual offenses including rape and related abuses, etc all glaringly point to the fact that the Army is losing its national identity and followership. From the look of things, too, the Nigerian Army is losing regional acceptance and legitimacy especially among citizens of the Old Eastern, the Mid Western Nigeria and the Old Middle Belt who are mostly of Christian faith.  The loss of regional acceptance and legitimacy by the Army is also gradually creeping into the Southwest, and as a matter of fact, the Army is on ‘borrowed or mechanical legitimacy’

Loss of national identity and regional acceptance and legitimacy by the army of any country is a serious problem and can lead to same being perceived by majority of the ethnic nationalities in such country as illegitimate and sectional army. This is easily the case particularly in a heterogeneous or multi ethnic and religious country and can further be fueled by citizens’ radicalism or resort to violent self help, with capacity of transforming such army from ‘army of all to an ethnic militia of an ethnic group’ in a situation of intra state armed conflict. Therefore, signs and triggers are in the air in Nigeria and unless urgent steps are taken to rescue and reform the Nigerian Army, it is likely to end up as an ethnic militia or army.

It saddens our heart therefore that despite lightening the flames of insurgency in all the regions of Nigeria, the Nigerian Army is still talking tough and issuing threats of elimination to Nigerians particularly unarmed citizens and activists who are calling on their ethnic nationalities to rise in self defense of their persons and properties including territories and boundaries as clearly provided in Section 258 of the Criminal Code and Section 59-60 of the Penal Code-strengthened by Section 33 of the 1999 Constitution (right to life) and; yet the same Nigerian Army is looking the other side concerning invasion of natural territories of other ethnic nationalities by armed local and imported jihadists including Fulani Herdsmen and Shuwa Arabs and their jihadist menaces. The same Nigerian Army is also threatening unarmed self determination agitators with elimination but said nothing when a group of jihadists openly claimed responsibility for assassination attempt on the sitting Governor of Benue State whom they are still threatening to kill or assassinate.

Today, the incompetence, partiality, conspiracy and complicity of the Nigerian Army  have led to emergence of at least 20 main and splinter Muslim controlled and led insurgencies in the Northeast, Northwest and North-central. As at May 2015, the three regions played host to only Boko Haram, emerging jihadist Fulani Herdsmen and “Zamfara Bandits”, but today, there are full blown Jihadist Fulani Herdsmen and their imported jihadist counterparts including armed foreign Fulanis and Shuwa Arabs. There are also Boko Haram and its two splinter groups, Islamic State in West Africa (ISWAP), Movement for Emancipation of Muslims in Black Africa or Ansaru and jihadist Bandits and not less than 13 of their splinter groups scattered in Zamfara, Kaduna, Sokoto, Katsina, Benue and Niger States.

In the South, the Nigerian Army is also vicariously, if not directly responsible for movement and violent settlement of Jihadist Herdsmen and their kidnapping units inside the forests, bushes and farmlands of the Southeast, South-south and lately Southwest. Combined with violent crackdowns, ethnic profiling and hate soldiering by the Army against mostly Christian citizens of Southeast and South-south who are defenseless and unarmed, the two regions are already bearing undeniable signs of new insurgencies with sophistication in shape and color. In the Southwest and Old Middle Belt, the Army backed menaces of Fulani Jihadists have already risen to maddening and intolerable proportions and signs of radical self defense including intractable insurgencies are all over the place. As a matter of fact, embryonic insurgencies are already rearing their ugly heads in Southeast, South-south, Southwest and Old Middle Belt Nigeria, capable of speedy transformation into full blown insurgencies; and only God knows where the Nigerian Army will get professionalism and capacity to withstand them. Totality of these is an indication that Nigeria, an explosive populated country of over 200m people, is steadily heading to the nadir of implosion and explosion.

Apart from documented gross human rights abuses by Nigerian Army since August 2015-which have remained uninvestigated and unaddressed including massacre of over 700 Igbo Christians and injuring of over 800 others and massacre of over 1300 minority Shiite Muslims and injuring of over 800 others as well as a litany of war crimes or atrocities in the Northeast; the Nigerian Army also recently engaged in heinous raping of defenseless Obigbo women, abducted outside public knowledge by soldiers and held in custody for over four months. Majority of the abducted women numbering 57 in all were severally and beastly raped in custody by soldiers. One of them, raped severally by soldiers, fainted in her family two days after she rejoined them. Rushed to the hospital, medical findings revealed that she was severally raped by soldiers and infected with sexually transmitted disease and owing to her months in Army custody without medical tests and treatment, one of her ovaries was irreparably damaged. She was hurriedly booked for emergency special operation so as to save her life and remaining ovary and in the end she was successfully operated upon and hundreds of thousands of naira spent.

Therefore, what the Nigerian Army which has maintained a silence of the graveyard on the abductions and rape, did to defenseless Obigbo women can ignite insurgency or armed resistance. In other words, it is enough for the affected Ethnic Nationality or family members to take up arms or transform into ‘suicide bombers’. It is also capable of igniting intra state warfare or interstate warfare. If it is to be Israeli women raped by soldiers of another country, it will lead to declaration of war; likewise if perpetrated against Iranian, US or North Korean defenseless women, etc by soldiers of another country. Intersociety hereby calls for rescue and reformation of the present Nigerian Army. It is the moral duty of the Association of retired Generals or senior Army officers particularly those that left the Army from 1980s to 2014, to be assisted by other stakeholders to congregate as a matter of uttermost urgency so as to intervene and rescue the Army before it becomes extremely late or reaches the point of irreversibility.