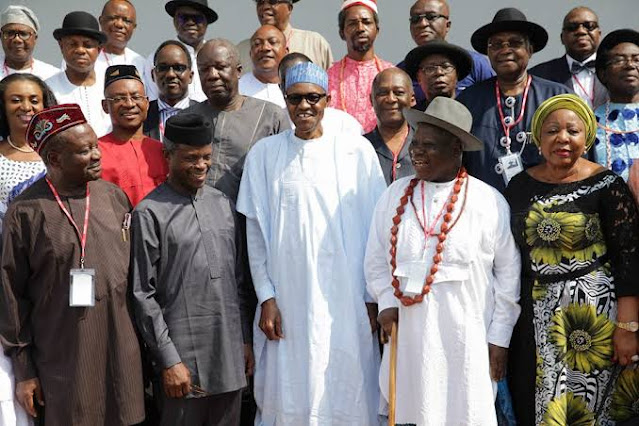 The Niger Delta people are now beginning to witness genuine and practical intervention in their lives and environment as opposed to mere linguistic, lackadaisical and chaotic involvement of past management team, Niger Delta Stakeholders said on Sunday in Uyo.

They also praised the Minister of Niger Delta Affairs, Chief Godswill Akpabio, for confronting the challenges of the development of the Niger Delta region and bringing a positive difference in the lives of the people of the oil rich region and their environment.

At a meeting to address key issues in the region, the stakeholders praised former federal Minister of Information, Chief Edwin Clark, for holding NDDC Sole Administrator, Mr. Effiong Akwa, in high regard.

The stakeholders did discuss the challenge posed by the South-South People's Democratic Party (PDP) governors.

They said the position of the South-South governors had sinister import and was meant to distract the Federal Government.

‘’The South-South geo-political zone can no longer be held hostage by a few people whose sole aim is to work against the plans of the Federal Government’’ the key stakeholders said.

The stakeholders urged President Muhammadu Buhari not to play into the hands of those contributing towards the underdevelopment of the South-South geo-political zone.

'’Mr. President, we urge you not to be distracted by the antics of those who are jealous of the Minister of Niger Delta Affairs, Godswill Akpabio and are afraid that the progress so far made by the Niger Delta Development Commission (NDDC) in the region may affect their 2023 political ambition’’.

Specifically, the key stakeholders praised Akpabio for addressing the needs of the oil producing areas and attending to such priority projects as roads, bridges, electricity, water supply, foreshore walls, jetties and land reclamation.

The stakeholders, under the aegis of Niger Delta Stakeholders Forum (NDSF) praised the Commission for the dualisation and extension of the East-West Road, youth employment and empowerment as well as other agricultural and developmental programmes in the region.

‘’NDDC and state governments as developmental agencies are not in any way comparable. The six South-South governors, individually and collectively, have little to show for the billions collected as Federal Allocation and Internal Generated Revenue (IGR)’’

Briefing news men of the outcome of the meeting, Chairman of NDSF and South-South Front (SSF), Chief John Harry, said the stakeholders commended NDDC and its managers for taking concrete steps to ensure quality service delivery.

‘’The NDDC is one of the few government agencies that insists on due process in the award of its contracts. All communities in the region expect so much from the Commission’’

The members of the Forum are drawn from the nine states, civil society and oil producing companies.

‘’We know Chief Godswill Akpabio is outshining the South-South governors but that is not enough for the governors to create problems in the region’’ the Niger Delta stakeholders said.