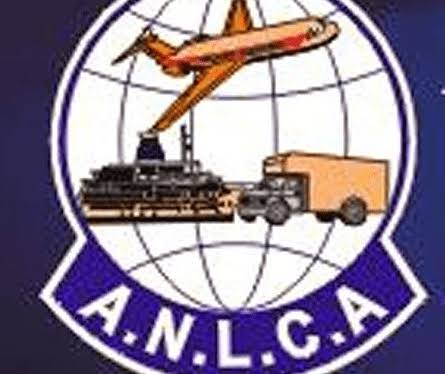 Facts are sacred and conscience of truth:

Justice R. M. Aikawa's court orders’ (in Suit No. FHC/L/CS/921/2020) continuing violations with unrestrained impunity is sickening, incomprehensible and devastating to those who seek justice through the law courts. The far reaching implications of that order are that NECOM officials are to stop parading themselves as national officers of the Association of Nigerian Licensed Customs Agents (ANLCA), or signing any documents on behalf of ANLCA and, above that, they should honorably vacate the national secretariat.

2 – Undeterred in their determination to wage a relentless war on Western Zone, the Tony Iju led gang concocted a petition to the Force Criminal Investigation Department (FCID) of the Nigerian Police Force, Alagbon, Ikoyi, Lagos alleging that leaders of ANLCA in the West were kidnappers, bandits, terrorists, etc. Upon receipt of the petition and without establishing a prima facie case or necessary investigations, all leaders of ANLCA in Western Zone were arrested, detained for days with a fraudulently obtained Magistrate Court order, preparatory to long days and weeks and months in detention with intent to forcefully take over all the Chapters in the Zone.

3 - The AIG in charge of FCID, Alagbon, Ikoyi - Alhaji Dasuki Galadanchi warned both parties in his office to go and dialogue with themselves and settle their differences on the 25th of March 2021. Otherwise he will be forced to lock up the national secretariat. Despite that friendly/fatherly advice, Tony Iju and his gang of diehard law breakers were unrelenting in their desire to continue fostering recklessness and total disobedience to court orders/instructions as if nothing mattered to them.

Several Police units across Lagos, similarly warned Tony Iju's group to desist from their avowed desire to continue fomenting trouble at a rate that baffles every discerning watcher of the ANLCA crisis.

4 - Tony Iju resorted to the use of the Military Police to force major stakeholders in the maritime industry to force them to accept him and his group as those to interact with. Unfortunately for Tony Iju and Co, they were reminded that there are several court orders that must be obeyed before being recognized as law abiding visitors.

5 - Next, Tony Iju and his co-travelers organized an armed attack on the Tin Can Chapter of ANLCA on Sunday, 30/5/2021 and in the process stole the Chapter's bus with valuables in it and also generators belonging to the Chapter.

6 - As God would have them (Tony Iju & Co) playing into the open hands of the Alhaji Taiwo Mustapha's peace-loving and law abiders group, they staged a maiming/kidnapping attempt/attempted murder of a  visitor to the Chapter's secretariat - Mr Adetunji Olasukanmi, who is presently hospitalized and recuperating, after being declared "dead", revived, went into coma and finally regained consciousness. He has told the story of what happened to him to the Police and to the team that paid a solidarity visit on the 1st of June 2021 on his hospital bed. He has specifically mentioned one Wale Cole (a member of the killer squad led by Peter Ojo Akintoye, on the instructions of Tony Iju and Kayode Farinto) as the one who ordered his goons to attack him, kidnap him and ordered him to "wasted". It was God Almighty that saved his life.

This has angered the AIG Zone 2 on end and vowed to deal decisively with those responsible for breaking the condoned-off tapes (POLICE LINE – DO NOT CROSS) mounted outside the main gate of the national secretariat and inside the grounds of the secretariat and dismantling all the chains and keys locking up the secretariat, to gain access into the secretariat.

8 - Instructively, the court order that restrained Tony Iju and his NECOM from parading themselves was issued by Justice Aikawa on the 26th of August 2020 in Suit No. FHC/L/CS/921/2020 and reaffirmed on the 9th of February 2021. Since then, various violations has been recorded, awaiting the next sitting of the court, when JUSUN suspends its strike, hopefully this week.

9 - More importantly, the extant Supreme Constitution of ANLCA 2008 (as amended) stated expressly at Section 13, Subsection 4 (b) vested all "property and interests" in the Board of Trustees (BOT). This goes to show that the BOT of ANLCA according to existing laws is the organ legally known to law as those that can sue and be sued. NECOM and its officials have no basis for challenging the BOT. They are only being mischievous by saying the BOT elected on the 13th of February 2014 in Wellington Hotel in Warri has expired, when in actual fact the judgment delivered on the 11th of October 2019 by Justice Rilwan Aikawa in Suit No. FHC/L/CS/1274/2018 declared that until those BOT members are registered with the Corporate Affairs Commission (CAC) that BOT remained null, void, inchoate and of no effect.

Meaning that, all structures, pronouncements, elections - as per the functions of BOT in the Constitution of ANLCA remained non-existent. That also means that all elections conducted by that BOT, including NECOM election in Enugu on the 8th of March 2018 was ineffective, null and void. But rather that seek solutions through the doctrine of political necessity, Tony Iju and Co went around triumphantly, as if they have unmade the wrongs that has been in existence since Henry Njoku violently/forcefully collected the 2001 certificate from Chief JOK Idornigie - the last known legally instituted Chairman of the BOT.

10 - The facts are all there for all to see and confirm. Anyone who has a contrary view should present their facts publicly for those in doubt to see/interrogate. If Henry Njoku has any other certificate issued by CAC that listed his name as a member of ANLCA BOT, he should present same for all to see.

11 - Those that have caused all members of ANLCA and the maritime stakeholders undeserved pains of over three years are no more than Henry Njoku, Tony Iju, Peter Obih, Kayode Farinto, Mukaila Abdulazeez, Raymond Onyimba Enekwechi, Obicee Okonkwo and Eniola Igbaroola.

12 - History definitely, will judge all of them harshly. No doubt about that. If truth must be told, all of them have caused we the law abiding members of ANLCA and the major stakeholders in the maritime industry so much heartaches, to the extent that most of us have hidden our faces in shame for the better part of three years.

13 - Finally, it has always been said that those the gods want to destroy, the gods make them mad first. That is where we are now and therefore, the die is cast as they have now, with the breaking of the Police "Do not cross line" obstructed by court order violators, they are finally in the law enforcement reach, after narrowly escaping, albeit temporarily, being roped in for kidnapping and attempted murder.

That is the end of the road for them. There is no likely reprieve this time. Gone they are, finally.