Article: The Worker, The Trade Union And National Development 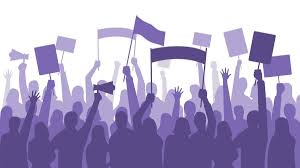 Let me start by thanking the Food, Beverage And Tobacco Senior Staff Association FOBTOB], an affiliate of the Trade Union Congress [TUC] of Nigeria, for inviting me to make this presentation, and in so doing, making the platform of their 14th National Delegates Conference [NDC] available to interrogate the issue of the role of the working class in national development in general, and more specifically, the role of the FBT industry in engendering sustainable economic growth and enabling quality job creation.

Let me explain why. Three years ago, in 2018, the year of the 40th anniversary of the Modern Nigerian Labour Congress, the sister labour centre and federation of workers union to the TUC, the labour movement had chosen the theme of ‘The role of the Labour Movement in National Development’. At that time, perhaps because it was the year of a significant anniversary, the theme seemed to be, and was apt.

Three years down the line, and at such a significant juncture in our country’s historical evolution, when we seem to be a very decisive cross roads, faced with a barrage of existential challenges in insecurity, endemic and widespread poverty, as well as unprecedented levels of unemployment, the theme that you have chosen for this NDC, make it imperative that we revisit the role of the labour movement in National Development,

For economic growth and national development to lead to human development, then growth must be equitable, the wealth created by increasing productivity of labour, must be equitably distributed, citizens must be able to access opportunities without hindrance, and infrastructural development must be such that they enable equitable access to available, affordable, and quality basic social services in education, health, transportation, housing, personal and environmental hygiene, energy, security and safety, etc; all of which are delivered as public services.

And we are not saying anything strange. In the first decade and a half since the 1999 return to civil rule, while the GDP was growing consistently above an average of 6% per annum; poverty kept rising steeply in both nominal and percentage terms, such that by 2020, according to the NBS survey report in May 2020, more than 40.01% of Nigerians, amounting to over 90 million persons were living below the national poverty line on less than $1.9 per day.

Nevertheless, the FBT industry has a huge potential to contribute to economic growth and job creation, given its place in the economy, as the largest contributor to manufacturing sector share of the GDP, as well as its potential as a bridge between agriculture and industrialisation.

For instance, in 2019, with a GDP size of $400.5bn, manufacturing accounted for slightly over 10% of national GDP, at $46bn, with the FBT industry, accounting for 38% of manufacturing’s contribution to the GDP, followed distantly by the textile, apparel and footwear industry at 23%. The FBT is thus the largest contributor to manufacturing GDP.

In a country where agriculture is the largest contributor to GDP, as well as the largest employer of labour; and where the National Development goal is to achieve industrialisation, powered by agriculture, it stands to reason, that the potential of the FBT industry to contribute even more significantly to economic growth, job creation, and national development, is quite immense, if the political can be surmounted, and governance policies in the economic, social and political spheres can be made more responsive to the needs of workers and citizens, and their design, development and implementation, can be brought under greater democratic control and management of citizens as workers, hosts of economic activities, and consumers of goods and services.

For the potential of the FBT, industry, along with other sectors to be fully realised and maximised for Human and National Development; policies must be such that they are integrated and their design and implementation coordinated and synergised.

This will not be effective, efficient and impactful, without transportation policies, and energy policies for instance, ensuring and enabling that agricultural produce, machinery, equipment and labour can be efficiently and affordably transported; or without energy policies being such that they enable the availability and affordable access to energy [in electricity and fuel] to both agriculture and industry.

And without education, health, and housing policies being designed and implemented in a manner that they cater to the development of human capital, and ensure the comfort of the human person for agriculture and industry, neither agricultural nor industrial goals will be met.

This mutually reinforcing approach to policy design and implementation cannot be achieved without an integrated national and human development framework and mechanisms being put in place, and sustained.

Ensuring that growth will be inclusive, that wealth and opportunities will be equitably distributed, and that economic growth can engender national development, and enhance human development, will require, citizens, and in particularly workers’ participation in the design and implementation of policies, and more importantly, workers and citizens democratic control and management of the economy and the polity.

For this to be possible, workers and the labour movement in general, and the trade unions in particular, must be determined to play more decisive and central roles in policy design, formulation and implementation processes, as well as in the management and oversight of governance processes.

Equally important and significant have also been its contributions to national economic development. That we have emerged as Africa’s largest economy has been due largely to the productivity, competence, and expertise of the workers and labour movement; even if this economic fit has been achieved despite the inchoate and dysfunctional nature of governance and government policies, as well as the historical decline in the quality of leadership and capacity to lead of the ruling class.

At decisive moments in our history, it has been the worker’s organisations and the wider labour movement that have always emerged to play the role of defenders of our common interests, and the unifying factor keeping us together, and preventing the precipitous collapse of our country.

Nigeria’s organised workers centres, as well as the wider labour movement organise and mobilise Nigerians on the basis of their role in the production process, not on the basis of their ethnic groups, religious groups or so-called states of origin. It is this intrinsic character of the movements that make them some of the most truly Pan-Nigeria movements that have existed in the country, and that also makes it potentially possible for the worker’s organisations and the labour movement to speak for and on behalf of the average and ordinary Nigerian citizen; to speak for, promote, advance, and defend the common interests of Nigerians, beyond religious, ethnic and or state or geo-political divides.

If it is true, as it is affirmed in the 1999 constitution of the Federal Republic Of Nigeria [CFRN] as amended, that the central purpose of government and governance, of the Nigerian state at all levels, is to provision the security and wellbeing of citizens; then it follows that the central role of the state and governance is the delivery of effective, qualitative, accessible public services. It is also instructive that these public services cover the basic welfare services that lead to ensuring the wellbeing of citizens. And for the avoidance of doubt, these are basic services delivered as public services in Education; Health; Food and nutrition, Water, sanitation and hygiene; Shelter – that is housing; and security – because security being the exclusive preserve of the state is indeed a public service. In Nigeria, given their centrality to our current underdevelopment, and their potential centrality to our national development, we would have to add power and energy as basic services that require to be delivered as public services.

These public services will be and can only be delivered by workers, and thus again, we find that regardless of where we turn, the working class, the worker’s organisations, and the labour movement are not only central to national development, they are also potentially the most decisive force with respect to human and national development, but only if they realise their potential and take decisive action to realise this potential.

At the moment we have the highest unemployment rate in our history for a generation; we live in arguably not only the most unsafe place to give birth and bring up a child in the world, but also the most divided and most unequal society in the world. Plus, we perhaps also have the misfortune of being burdened with the most unpatriotic, the most irresponsible, and the most virulently divisive ruling class in the world.

So, with such high levels of inequality, and with such glaring decline in leadership quality and capacity provided by the ruling class; with the glaring absence of Nigerian leaders and the proliferation of ethnic, religious sectarian, geo-political leaders; this is the time, when our country once again needs the Pan Nigerian leadership of the labour movement.

With an estimated population of 206.1 Million, a labour force of more than 100 million [96 million as Q3 2018], a labour force participation rate of 53.4% [a drop from 55.9% from 2019], and a Q4 unemployment rate of 33.1% [composite unemployment being 55.7%], as at December 2020, according to the latest data from the NBS and the ILO; It is obvious that there is a huge potential for significant improvement to achieve all round and comprehensive human and national development.

The prerequisite for this transformation however is the presence of an integrated multistakeholder, inclusive and participatory development planning framework; enabled by a cohesive, inclusive, participatory and coordinated policy formulation, design and implementation context; complemented with the existence of a robust, vibrant and proactive labour movement.

This is why the renewed effort of the Labour Movement to reclaim the Labour Party, as well as the ongoing participation of significant currents within the Labour Movement and the Trade Unions in collective and concerted efforts at building a Mass Political Movement, including in the recent efforts that led to the convening of The Peoples Alternative Political Summit [TPAPS] at the end of March 2021, and the consequent establishment of The Peoples Alternative Political Movement [TPAP-M] by that summit, are welcomed developments, and are efforts that should be consolidated upon, drawing in ever wider segments of the labour movement into the processes, particularly, as the TPAP-Movement has committed itself to working concertedly and collectively towards the emergence of a Mass Workers Party, and the Socialist Transformation of Nigeria.

(Jaye Gaskia is a Member of the National Leadership of Alliance On Surviving COVID 19 And Beyond [ASCAB], And Socialist Labour [SL]; As well As A Member of the Secretariat of The Peoples Alternative Political Movement [TPAP-M])