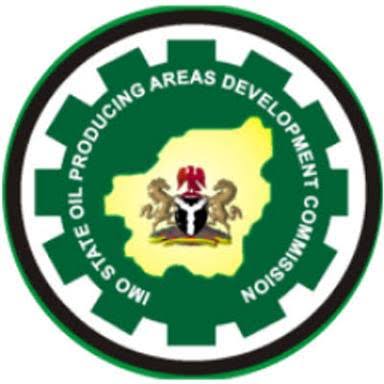 The bible mentioned a servant girl of Naaman's wife. However, the girl was brave enough to tell her mistress of a prophet in the country of Samaria, which is in the Kingdom of Israel, who was able to heal Naaman of his leprosy. Naaman was the captain of the Syrian Army around 850 B.C. In the account of the war between Syria and Israel, as recorded in I Kings 15, God gave Captain Naaman the victory over Israel. In II Kings 5, it is written that Naaman was a mighty man of valor, but was a leper. The unknown servant girl showed Naaman were he got his healing. There are people that are bold like the servant girl of Naaman today. They point out the wrong things going on and call for change. They shout at those adding poisons as medicine for chronic ailment, to stop. They call for things to be done right for the overall good of the majority. They are the civil servants of the society. In Imo state, when the unknown servants are against you, then you have a problem.

I strongly condemn the deliberate withholding of several months' salaries of workers of the Imo State Oil Producing Areas Development Commission (ISOPADEC) by the state government. In the commission there are backlog of unpaid salaries and entitlements. I view this as not only callous but also as an infringement on the legitimate and democratic rights of the workers of the Commission. I therefore join others to call for the immediate payment of not only the unpaid salary arrears, but all the outstanding salaries and allowances due to the workers of the Commission. This is a government that came into power and immediately cut down the salaries of workers in the commission by 50%. Worker’s medical service is grounded, no medicine. No job security including wrong staff placement. The commission is not pensionable. The governor’s lackadaisical attitude towards the welfare of workers in the state is making life unbearable for the workers as their case is becoming hopeless despite their unwavering sacrifice to the state. And where workers in ISOPADEC  choose to demand their legitimate payments, and organize for a fight back, they are arrested,  charged to court on trumped-up charges, victimized, harassed and some of them sacked. In Isopadec scores of workers have been sacked and their democratic rights trampled by the state government with the support of some leaders of the Oil Producing Areas of the state.

I honestly condemn the attacks on workers’ democratic right in ISOPADEC. The workers in that commission are what I call Original suffer head. The people are subjected to poor pays and poor working conditions. Unions are formed by workers to enable it to resist anti-labour practices of the capitalist class, to protect wages and to defend the democratic rights of workers. But in ISOPADEC union leaders and Board Members that are supposed to protect workers are the ones conniving with the state government to enslave the workers. The solidarity amongst workers to fight back has been thrown into the dustbin, the resistance of management and the capitalist state’s indecent labour practices have taken flight, right-wing union leaders have surrendered the union to the state government, autocracy has replaced democracy, right-wing labour leaders have become demigod, this is the long and short of what unionism has become in Imo. The right-wing leaders have become mercenaries to the bourgeois state government while workers continue to bear the brunt. There should be a total reversal of every anti-poor and anti-workers’ policies in the state.

ISOPADEC which is supposed to be one of the vibrant intervention agencies of the state is so broke to the point of not being able to pay their office electricity bills, no thanks to capitalist thieving arrangements. The agency has become a shadow of itself amidst its mandate of developing the oil producing areas of the state. The law establishing the Agency is mandatory, that from oil revenues accruing to the State on a monthly basis, thirteen percent (13%) should be deducted, and same used to finance critical projects that have bearing with communities in the agency’s mandate areas. But sadly, as at today, ISOPADEC is a “cash cow” for the Governor and “his boys” in charge of the Agency. The governor even used his executive powers to make sure that his clanish interest is forced down the throat of the management of the Commission by making Oru East an oil producing area. I am not by any stretch of imagination saying that the Governor’s hometown should not be developed but he should not force his people on the commission.

Like ISOPADEC like Imo LGA’s.In the past, LGA funds in Imo State were  used to develop certain vital social services in the grass root like education, health care and key investments on infrastructures like water, electricity, roads, industries, etc, all which severally and collectively positively impacted on the living standard of the ordinary working masses in the grassroot areas.In sharp contrast, the current government, acting under the dictates and or in concert with imperialism has completely jettisoned the idea of government using local government funds and resources to better the lots of the local councils Instead, it has adopted a whole scale capitalist, neo-liberal strategy of looting of council funds. As Imo State continue to bleed under the state government  chains of misery wrapped firmly around its neck and the abyss within shouting distance, my prayer remains “ka Imo pụọ n’ọhịa, na aha nna, na nwa, na muo nso” Amen. Ekwem na Chukwu!