News Release: "The Nigeria Customs Have Refused To Be Cowed" 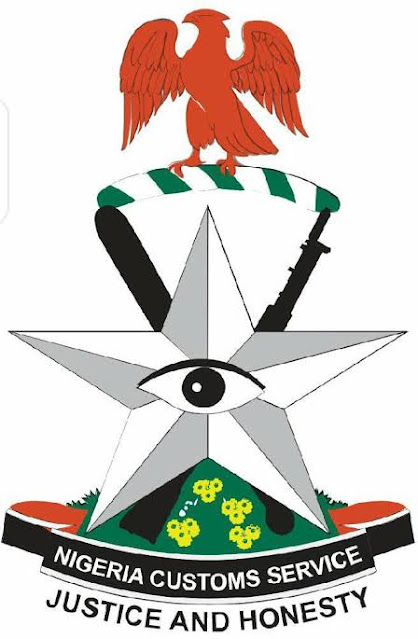 Among other things, they were reported to have complained about an intended hike in license fees, arbitrary increases in Customs duty, hikes in the values of Pre Arrival Assessment Reports issued to importers, the conduct of Valuation officers, uncertainty or inconsistencies in tariff classifications for certain goods, frequent alerts, and the illogic of government giving revenue targets to Customs especially in an era of trade facilitation.

Again on Tuesday the 5th of October 2021, and in response to the invitation of the house committee on Customs, ANLCA was quoted to have said that ‘the present Customs Management is not interested in professionalism and trade facilitation, but to circumvent all processes for revenue generation.’

These recent outbursts and accusations do not come as a surprise. In truth, Nigerians are not fooled by the current cavalier attitude of certain persons who for far too long had an entrenched culture of opacity and disrespect for laws, regulations, rules and procedures when it comes to making proper declarations for the purpose of paying correct government duties and taxes. Understanding their antecedents will throw more light on their recent ‘crusade’ against the current Management of NCS.

Some executive members of these associations have long abandoned their responsibilities in entrenching professionalism among their colleagues. They have forgotten their oath of honesty in their dealings with the government and have taken to the pursuit of power for personal aggrandisement. They have attempted to use their positions to procure favours for themselves and their companies.

When confronted with the force of reason, they have resorted to threats and blackmail. Incapable of articulating their positions in reference to our books of laws, they have resorted to intimidation, and have even facilitated physical attacks on our officers. In all these situations officers of the Nigeria Customs have refused to be cowed. We have remained resolute in our commitment to the government by towing the path of honour. Our achievements in revenue collection and anti-smuggling speak for themselves. The current Management under the watch of the Comptroller General, Col. Hameed Ibrahim Ali (Rtd.) has shown exceptional leadership in this regard.

Our systems have been put through a good number of iterations. From ASYCUDA I, II, & ++, to NICIS I & II. We are currently on the verge of migrating to E-Customs, which will herald a new epoch, as all Customs activities will be electronically enabled. The simplification, harmonisation, and automation of Customs activities are in tandem with WCO and WTO objectives for trade facilitation. Our commitment to this reality is unshakeable and our actions bear testament to our resolve.

We also note that trade compliance is a sine qua non for trade facilitation. Where the level of compliance is low, the level of control becomes high. Some agents and Customs brokers have taken abnormalities as rights. They have assumed the role of activists encouraging illegal behaviours. This cannot be accepted as no government agency worth its name will allow itself to be swayed by the whims and caprices of those whose actions they are supposed to superintend. Indeed it will be a complete dereliction of duty if we succumb to these and other attempts.

The disposition of NCS Management is neither authoritarian nor archaic. Its actions have always been guided by federal government policy decisions in line with international agreements and conventions on trade. Contrary to their claims there has been no attempt to arbitrarily increase the license fee of Customs Licensed Agents. It is important to note that the fees payable by Customs Licensed agents are as approved by law outlined in section 156 of CEMA as amended. The only recourse to a revision in fees can only be as dictated to by extant laws".