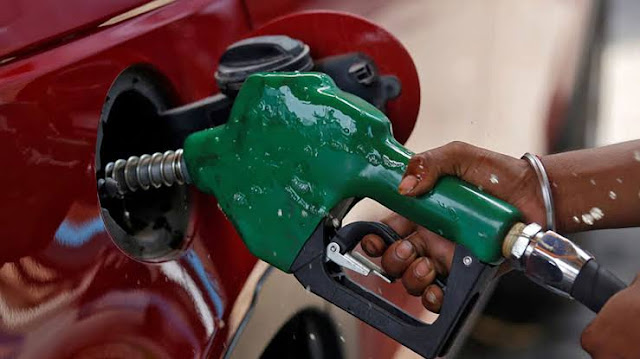 Given the recent scarcity of premium motor spirit (PMS), commonly known as ''fuel" in Nigeria, Foundation for Environmental Rights Advocacy and Development, FENRAD, a pro-democracy, human and environmental rights advocacy group calls on the federal government and its Corporation, the Nigerian National Petroleum Corporation, NNPC to desist, at least in the time being, from any act capable of causing increase in the price of the essential item (oil), including hoarding.

This fear, FENRAD says, becomes even more palpable after the product recently became scarce Some weeks ago

FENRAD recalls that there was a plot to increase the price of the product to over ₦380 allegedly by the Governors Forum which the NNPC did not accept then, a plot which now becomes relatable whenever the position on oil subsidy removal is made. Also, the Corporation's group managing director had hinted at possible deregulation or total subsidy removal in March during the fifth edition of the so-called ministerial briefings coordinated by the presidential communications team. At that March forum, the NNPC Group Managing Director, Mele Kyari stated that at the real and landing cost of ₦234 (subsidised at ₦162), the federal government, supplying 60 million litres of the product daily, loses ₦120 billion monthly and that such amount lost was higher than monies/numbers allocated to education and healthcare. This, FENRAD recalls, came after the move to increase the price of the product was made known to Nigerians by Timiprie Silva, the state minister of petroleum, in January.

While FENRAD does not totally reject the idea of deregulation, the Foundation does not want that process staggered or rushed. Ab initio, the APC-led federal government had told Nigerians that subsidy regime was over and that under its watch a new regime known as "under-recovery payment" was the standard. But sadly, as FENRAD learns, the only thing different with the new regime was that NNPC only acquired the power to now play the role of independent marketers in supplying the product!

It should be recalled also that one of the foreshadows and harbingers of petrol price increase in Nigeria has always been artificial or total scarcity, so FENRAD worries whether the current scarcity of the product is connected with the plans to deregulate the petroleum subsector at a time when Nigerians can hardly cope. Subsidy removal is not bad, according to FENRAD, but should be done when suitable and sufferable. This was exactly the position the APC, then playing opposition, canvassed when the government of Goodluck Jonathan attempted to remove subsidy by January, 2012. Today, APC led Government has done and is doing nothing entirely different except renaming the regime "under-recovery payment"!

FENRAD also decries the increase in the price of domestic/cooking gas, a commodity whose price is shooting above the ceiling. Families are bearing the brunt at a time when elsewhere governments are making life liveable and fair to citizens.

The problem, though not begun under the current dispensation, got worsened under its watch. If the administration had lived up to the campaign promise of fixing the refineries, Nigeria would not be here today. But rather than fix the refineries or build new ones serviceable, the administration with the president and Commander-in-chief as its petroleum minister has reminded almost visionless with nobody knowing whether it intends to concession the refineries, revamp or in their place build new ones.

This is not the best of times to increase the price of the product as the purchasing power of Nigerians is still sharply on the decline.

FENRAD, having followed the petroleum subsector, wishes to remind the government that a phased and planned regime of gradual subsidy removal is better than what the public fears and suspects: an outright and sudden removal in a time like this, which comes with a heavy  burden on the starving masses.