Special Report: Civil Space And Rights In Nigeria Under Attack By Government And Its Linked 600 NGOs And 400 Democratic Institutions 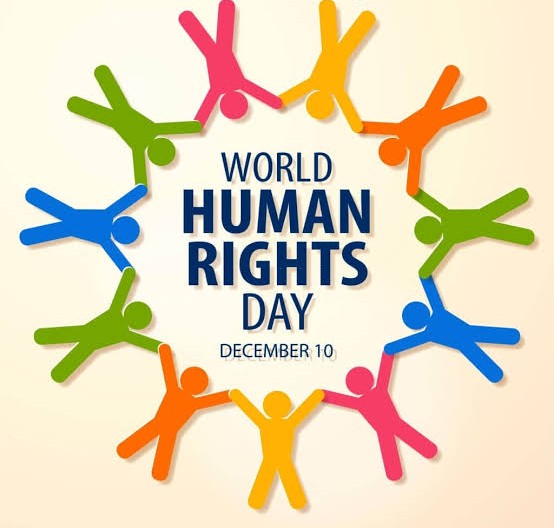 The theme for this year’s World Human Rights Day 2021:“Reducing Inequalities and Advancing Human Rights” has virtually no space in the present Nigeria and its democratic space. This arises from the fact that the country’s human rights and other democratic freedoms are under siege and attack by the present Government of Nigeria and the country’s supposedly human rights and democracy protective NGOs and social institutions numbering over 600 and 400, respectively. For the avoidance of doubt, the Article 1 of the Universal Declaration on Human Rights, a sacred rights code globally proclaimed on 10th December 1948, and theme for this year’s World Human Rights Day, clearly states that “All Human Beings Are Born Free And Equal In Dignity And Rights”. The Article clearly and unambiguously pointed out the need for Equality, Inclusion and Non-discrimination in all state actor and non state actor social or civil spaces across the globe including Nigeria.

In other words, everyone as a member of human family is entitled to equality, inclusion and non-discrimination, irrespective of his or her race, color, religion, sex, language, political, national, origin, birth and development. To actualize these, a mandatory duty was imposed on the United Nations, the Member-States of the UN including Nigeria and all other state and non state actors such as private and corporate persons or institutions to ensure that every citizen’s right to freedom of equality, inclusion and non-discrimination is respected and protected at all times. Section 42 of the country’s 1999 Constitution as amended also clearly recognizes ‘right to freedom of equality, inclusion and non-discrimination’. Several regional and international Rights Treaty Laws signed and ratified or domesticated by Nigeria including the African Charter on Human and Peoples Rights of 1981, ratified and domesticated by Nigeria in 1983 and the UN Covenants on Civil and Political Rights; and Economic, Social and Cultural Rights of 1976, signed and ratified by Nigeria in 1993; all contained the same sacred provision.

Contrarily, reverse is gravely the case in Nigeria where the state of human rights and democratic freedoms has decayed and degraded badly; with the present Government of Nigeria and its sponsored others trampling on the referenced rights of the citizens with reckless abandon and utter alacrity. This is to the extent that social institutions that are supposed to protect human rights or seek for protection of same have helped or colluded with the Nigerian Government to muzzle civil space and perpetrate horrendous human rights abuses and violations. It must be pointed out that more has been discovered since July 2021 when the Carnegie Endowment for Int’l Peace and Int’l Citizen, Mathew Page, an associate fellow with the Africa Program at Chatham House, UK and a fellow with the Council on Foreign Relations (USA) released a report stating that “over 300 (360) briefcase NGOs have been activated since President Muhammad Buhari took over in 2015, ostensibly to launder the image of the Government” and shield same from being morally and justiciably held accountable concerning mountainous atrocity crimes perpetrated against unarmed and defenseless citizens of the country.

Apart from the Government of Nigeria being directly or remotely instrumental for the formation of 360 NGOs since mid 2015, it has been further discovered that there are over 600 NGOs and 400 democratic institutions in Nigeria presently helping or colluding with the present Government of Nigeria to muzzle civil space and perpetrate horrendous human rights abuses and violations. The culpable state actor ‘Human Rights Institutions’ includes the National Human Rights Commission and national and state legislative oversight ‘human rights committees’ such as ‘House of Reps, Senate and House of Assembly Committees on Human Rights’. The culpable non state human rights entities and activists include formerly renowned and respected NGOs and their activist leaders especially some, if not many of those that championed campaigns against military dictatorship in Nigeria from 1984-1999 and many of the activists and groups that came on board afterwards. Included in the list are the country’s formerly revered and respected ‘pro democracy groups’ such as workers, teachers, lawyers, doctors and students’ unions or associations. Unlike twenty years ago, their today’s “Aluta languages and actions” are very strange and incoherent with global democracy and human rights apostleship or discipleship.

By ‘democratic institutions’, they include all social entities or groupings that drive or enhance, sustain and consolidate democratic process and governance not minding if they are state actors or non state actors.  Their state actor bodies include the Police Service Commission and the Nigeria Police Council; the Air Force, Army, Naval, DSS, NIA and Paramilitaries’’ Councils or Boards as well as other Federal Executive Bodies listed under Section 153 of the 1999 Constitution including the National Judicial Council and the Federal Character Commission and various anti graft institutions; in addition to their State counterparts. Among the non state actor democratic institutions are national and state professional and occupational bodies including independent media organizations and their oversight bodies such as the Guild of Editors.

It is therefore safe to say that the above named supposedly human rights NGOs and democratic institutions have not only failed to regularly and independently held the present Government of Nigeria to protect human rights and other democratic freedoms and account for their abuses and violations including holding culpable public employees and private persons and institutions accountable; but also helped or colluded with the Government in muzzling the civil space and abusing the citizens’ rights with reckless abandon. Unlike twenty years when the World Human Rights Day was being marked with releases of shocking and indictable research reports on the state of Human Rights across the States or the country-with far reaching recommendations and enough pressure on Government to redress same and identify and sanction their perpetrators; today’s World Human Rights Day in Nigeria is awash with placement of costly adverts on pages of newspapers or empanelling of TV or Radio live programs where institutional or individual ‘human parts dealers’ are celebrated and canonized as “Human Rights Champions”. This is to the extent that atrocious security chiefs and their institutions are openly celebrated and canonized in dubiously sponsored costly press conferences or paid TV/Radio live appearances or sponsored newspaper columns or editorials.  As a matter of fact, most, if not all the human Rights NGOs and other democratic institutions under reference have been structurally uprooted, seized and taken over by undemocratic elements including “human parts dealers”.

Today in Nigeria, many of these NGOs and their leaders have become consultants for murderer-security agencies and their chiefs including Nigerian Army and Nigeria Police Force. Their consultancies include storming strategic international diplomatic quarters and other powerful institutions with counter petitions in defense of their paymasters who also go behind the scene to mobilize millions of dollars mostly from stolen and borrowed public funds  for purpose of greasing the palms of their hosts through ‘lobbying’ or ‘tipping’ and other internationally codified thievery processes. Nowadays NGOs in Nigeria now organize rented crowds and carry mock coffins against their paymasters’ opponents or against credible indictable reports exposing their paymasters’ conduct atrocities such as war crimes, crimes against humanity and other internationally prohibited acts or atrocities. This is not to talk of “Nigerian Virus” that infested the leadership including the Presidency of the Int’l Criminal Court since 2018 and rendered it leprously inoperable till date. The above highlights are just to mention but a few.

Finally, Intersociety as a research and investigative organization will continue to save lives and entire humanity by consistently exposing grisly rights abuses and violations and their perpetrators anywhere in Nigeria. These, we shall continue to do by ensuring that culpable Governments at all levels including the present Government of Nigeria and its security agencies and their chiefs as well as culpable non state actors are held to account for conduct atrocities perpetrated or aided and abetted. As it concerns the 2021 World Human Rights Day, Nigeria is sinking and stinking deeper in poor human rights records and for the avoidance of doubt, our research report on the country’s state of human rights and other democratic freedoms especially in Eastern Nigeria is on the way.

For: International Society for Civil Liberties and Rule of Law-INTERSOCIETY