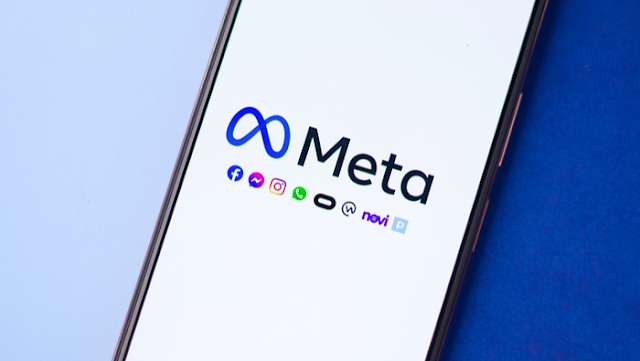 We are a global coalition of scholars with expertise at the intersection of psychology, online technology, and health. Recently, we have been following news reports about research within your companies on the mental health of child and adolescent users of Facebook, Instagram, and WhatsApp. Unfortunately, that research is happening behind closed doors and without independent oversight. Therefore, we have only a fragmented picture of the studies your companies are conducting. We do not believe that the methodologies seen so far meet the high scientific standards required to responsibly investigate the mental health of children and adolescents. Although nothing in the leaks suggests that social media causes suicide, self-harm, or mental illness, these are serious research topics. This work, and the tools you are using should not be developed without independent oversight. Sound science must come before firm conclusions are drawn or new tools are launched. You and your organisations have an ethical and moral obligation to align your internal research on children and adolescents with established standards for evidence in mental health science.

With three billion people using Meta platforms for socialising, leisure, and business it is highly plausible that these virtual environments have far-reaching effects on the mental health of younger users — in both positive and negative ways. The fact that you are conducting the research revealed in recent press reports makes it clear you agree that such effects are a real possibility. While we applaud these attempts to understand how your platforms may be impacting young people’s mental health, we believe that the methodologically questionable and secretive ways your teams are conducting this important work is misguided and, in its present state, doomed to fail. Instead of producing reliable scientific insights, the work has — somewhat predictably — been met with intense scepticism from scientists and widespread alarm by lawmakers, journalists, parents, and young people. This is frustrating, because if the right scientific and ethical tools were in place, data collected by Meta could inform how we understand digital technology use and its influence on mental health in unprecedented ways. We write to help you realise this goal and therefore call on you to commit to three concrete actions to build global confidence in your companies as stewards of our data and architects of the (online) worlds that our children will grow up in.

The foundation of modern science is best captured by the Royal Society’s motto: Nullius in verba—Latin for ‘take nobody’s word for it’. This principle applies equally to independent scientists and those who work for Meta. Science only works if independent verification of the methods, analysis pipeline, and data for a given research project are public. The studies we have seen in recent weeks fall well short of this basic standard. Nobody can make informed decisions if we only learn about efforts to study mental health by way of incomplete and sometimes misleading media accounts. Therefore, it

is critical you adopt a proactive stance on open mental health science and provide independent scientists a meaningful alternative to having to take your — or indeed anyone’s — word for it.

We call on you to solicit independent and transparent reviews of all past, present, and future research on child and adolescent mental health — including research on young people in the Global North, South, and conflict regions. Investigating mental health requires the highest standards of evidence, including strong methodology reviewed in advance of data collection. Meta must invite and disclose external reviews for all relevant work, before the work is undertaken, and afterwards commission independent reviews of these projects with public-facing reports. These reviews would require the release of reports, slides, research materials, analysis code, and underlying data once adequately de-identified.

Acting on this commitment will fundamentally advance the science of child and adolescent mental health. First, insights into how Meta studies the health of children and adolescents will help independent scientists and stakeholders understand your goals and findings. Second, it will increase the quality of the science on technology effects generally by setting the standard of good research practices for similar industries. Third, it will limit wasting resources on studies that yield questionable insights yet never see the light of day. Finally, it will earn the trust of the public, and set the agenda for other social media companies to follow.

2. Contribute to independent research on child and adolescent mental health around the globe

Large-scale studies in dozens of countries track cohorts of young people through every phase of life, using genetic, social, psychological, nutritional, educational, and economic data to understand human development. As the lines between online and offline blur, these sources of information increasingly fail to capture the full determinants of mental health. Meta’s platforms capture a wide swath of behaviours that are critical to advancing scientific understanding of child and adolescent mental health in general, and effects linked to Meta platforms in particular.

Meta provides a key missing piece to a critical data puzzle: It will be impossible to identify and promote mental health in the 21st century if we cannot study how young people are interacting online. Combining Meta data with large-scale cohort projects will materially advance how we understand implications of the online world for mental health. Meta also has the potential to overcome a related challenge: Nearly all research on the mental health of youth is based on European, North American, or English-speaking populations. Such a narrow focus reinforces existing biases and neglects the mental health of most young people worldwide. Meta must work with researchers from Africa, Asia, Oceania, Latin America, and the Pacific Islands to co-develop infrastructures in these regions for long-term collaborations. Understanding mental health worldwide also requires engaging with researchers worldwide — not just from certain parts of the world.

Meta has a powerful opportunity to be a leader in contributing to these ongoing cohort studies, to collaborate with researchers in the Global south, and to help provide insights into the interplay between our digital lives and mental health. As more of the lives of young people move online, now is a pivotal time for Meta to act. Contributing data to global studies of child and adolescent mental health empowers scientists to conduct true tests of the potential influences of technology on mental health. Meta could lead the way and set a powerful example: Contributing data to ongoing cohort studies will unlock the potential of these efforts to understand risk and resilience factors of the human condition.

The time is right for a new global trust dedicated to promoting credible, independent, and rigorous oversight on the mental health implications of Meta. Expanding upon the Facebook Oversight Board model, in place of quasi-judicial rulings the trust would conduct independent scientific oversight. Evaluating material risks to mental health, collecting scientific evidence, and vetting tools and solutions would be within its purview. It is critical that this trust will be governed by stakeholders in both developed and developing economies, and those working with refugees and young people in conflict areas. You have demonstrated your commitment to independent governance with your support of the Oversight Board in matters of free expression and legal norms. We call upon you to extend this accountability to the critical matter of youth mental health.

A trust dedicated to child and adolescent mental health science would advance our understanding of the risks and benefits to mental health and promote truly evidence-based solutions for online risks on a world-wide scale. It would partner with large-scale research efforts studying child and adolescent mental health in the Global North and develop complementing capacities in the Global South. A global trust underpinned by Meta data and informed by experts and stakeholders with diverse lived experiences can tackle the challenges of studying and promoting mental health of young people.

Understanding and supporting child and adolescent mental health in the digital age is a bigger challenge than any one person, company, or team can tackle. We believe your platforms have the potential to play an important role in impacting billions of young people for the common good. This global challenge requires a global solution.

We believe Meta can do better and we write to offer our help.

Avinash Collis, The University of Texas at Austin, USA