Article: Nigeria: An Economy In Meltdown, A Polity On Life Support, A Ruling Class In Disarray, And A Nation In Need Of Life Saving Surgery 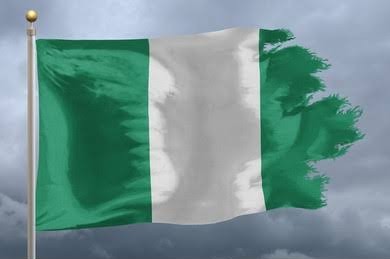 Let me begin with an analogy to graphically project the current state of our nation today.

I live in Abuja, and there's a particular stretch of road ( they call it a multi lane expressway), that I would usually have to pass through a few times a week, on the way to or from work, and or just into town or coming back home.

Those of us who travel between Abuja and Lokoja, and or who have to pass through that stretch of road (once again self-styled dualized expressway), would have noticed that the construction of this expressway has also remained more or less stagnated since the commencement of this 4th Republic in 1999, despite (once again) the gra-gra that accompanied the initial euphoria that ushered in this phase of democratic rule in Nigeria.

Now, let us head to the deep south, in the Niger Delta. Once again, the construction of the East - West Road, has stagnated for over 40 years (that is 4 decades) now, spanning the lifespan of military and civilian regimes over the period.

The common denominator in all these? Despite the continual spending of money, the permanently ongoing construction works on these roads, all three roads (expressways), that various ruling class regimes have committed to completing, have remained uncompleted, and are all in a permanent state of stagnation.

This, to say the least, is the most manifest illustration of the crass administrative incompetence, abysmal failure of leadership and colossal collapse of governance, that has been visited on this country and her peoples by a rudderless, light fingered, selfish, and treasury looting ruining ruling class!

It is why our nation is in the grip of a permanent crisis of stagnated development. What do the facts say? And what do they mean for us? What conclusions should we draw from all of these?

Over the decades, and under the watch of this unscrupulous ruling class, conditions of living and working for our people have taken a dive, along with drastically plunging standards of living.

Cost of living on the other hand, has continued its astronomical upward climb. What has been the result?

Nigeria's official poverty rate rose to 42.8% in 2021 from 40.1% in 2020. The implication of this is that with a population of 213 million, the number of people living below the official poverty line is now 91 million people. To put this in perspective the number of countries in Africa with a total population above 90 million can be counted on the fingers of one hand!

And of course, we are the country with the second highest number of people living in poverty after India (yes, we exchanged the leadership Barton with India again during 2021).

The implications of the above? One in two Nigerians in the general population are unemployed, while near four in five youths are out of work! No wonder we have such high levels of poverty, and insecurity.

But of course, this unemployment rate is not the only highest in Africa ranking that we have: as a nation we have the highest number of out of school children globally; the highest Child and maternal mortality rates in Africa (third globally respectively), among others.

We also have one of the highest numbers of displaced persons globally, certainly the highest in Africa, as well.

Additionally, by official estimates, we have a 20 million housing deficit, rising from 18 million housing deficit inherited by this regime at its inception. What this means is that with an average household size of six, there are more than 120 million Nigerians homeless, and or living in poor, inhumane, unhabitable housing conditions across the country.

Conversely, or rather to be more apt, complementarily, as of 2021, the global Democracy Index report for 2021, Nigeria achieved only 4.11 points out of 10, a rating very close to being Authoritarian (at equal to or less than 4 points), and was classified as Hybrid Democracy.

It is worthy of note that the Democracy Index measures the levels of Electoral process and pluralisms; Government Functions; Political Participation and Culture; as well as Civil Liberties.

Furthermore, In the Civicus global report and rankings with respect to quality of the civic space in 2021, Nigeria was classified in the second to the last category as a Repressed Society, along with 49 other countries, and slipping from the Obstructed category of previous years.

This global index ranks countries on the basis of the quality of their civic space and civic engagements, with five possible categories: Open; Narrowed; Obstructed; Repressed; and Closed. As can be seen, Nigeria is just a step away from being classified as having a closed civic space!

Have you noticed the identity in the classifications of these global indexes?

Our democracy and mode of governance is imperiled and tending rapidly towards authoritarianism; along with a context of sweeping and increasing levels of repression of the civic space and civic actors; and with intensifying violations of and disregard for the rule of law and due process.

The three are interlinked. When governance and government functions are unable to meet and provision the basic needs in wellbeing and security of citizens, citizens tend to become more restive, as grievances multiply, and are mobilised into concrete acts of (covert and overt) resistance. As grievances driven by anger, misery and poverty increase, the tendency us for these to be mobilised by civic actors and civic movements into active resistance.

As resistance to the exploitation and oppression of the system increases and is consolidated, and becomes more manifest, the tendency is for the repressive character of the state to become more open, and for the ruling class to become ever more dependent on repression to maintain its class hegemony.

To achieve and sustain ever higher levels of repression to contain the intensifying levels of organised and mobilised Resistance, the ruling class and through its state, requires to unleash greater levels of repression against individual activists, and the organisations of the people in revolt. To do these, it must disregard due process, and undermine and violate the rule of law.

The law is essentially a mechanism by the ruling class to and mediate its class rule and impose its hegemony over society. The rule of law and due process are mechanisms to regulate this dynamic.

Of what use is the rule of law and due process to a ruling class, whose legitimacy is openly disputed, whose rule is being brazenly challenged; and whose credibility and hegemony is being ignominiously thrown under the bus by a people in revolt, a class that is organising deepening levels of resistance?

The point being made i s that there is a direct linkage and causal correlation between the first set and category of indexes measuring conditions of living, the state of well being and security of citizens, on the one hand; and the set and category of indexes measuring the quality and character of governance, of the state and of its processes, on the other hand.

Since governance is provided, or led by a class leadership, a ruling class; and since furthermore, the state as a mechanism for ensuring the delivery of governance in the broad sense of provisioning the wellbeing and security of citizens, is controlled, directed and deployed by a class leadership, by a ruling class; it follows, that there's is direct relationship between the exploitative and oppressive character of the system operated and superintended over by the ruling class, and the levels of Organised and or unorganized Resistance of the working class and peoples and toiling masses, as well as the level and the character and nature of repression and repressive measures that such a ruling class requires to deploy in order to sustain the levels of exploitation and oppression required by the system to be profitable, and continue to maintain its hegemony over society.

What conclusions can we draw from all the foregoing? And what tasks should we be setting for ourselves? And particularly as we are in a period of heightened crisis, with an economy in total meltdown, a polity convulsing in crisis, a ruling class is disarray, and a nation in need of life saving surgery?

As of today, as a nation we face a paralysis crisis in both categories - the energy crisis is not only astronomically increasing production costs, but by also impacting terribly on, and  nearly crippling transportation, it is leading to equally astronomical unending rise in the costs of distribution. The combined impact of this is a debilitating, cost of living, that is out of the reach of wider and ever wider sections of the people, working and unemployed alike!

We are thus saddled with a failed ruling class that is incapable of guaranteeing minimum conditions for provisioning and enabling these basic services, that are the life wires of any functioning and healthy economy.

The most significant conclusions to be drawn include that this ruling class, including all of it's factions and fractions have failed.

This ruling class is the cause of our current, ongoing and historical crises of existential proportions and cataclysmic dimensions. It is the main driver of the deepening scope, scale, nature and character of the exploitation and oppression inherent to and characteristic of this capitalist system, and its current neo liberal ideological guiding principle.

This ruling class, as exemplified by the permanent crisis of stagnated development over which it had for decades been presiding, is incapable of rising up to the occasion, and leading the process of liberatory human and national development effort and process that is so urgently required to extricate our people, the working class and the toiling masses, from the abyss of subhuman existence, and the retrieve them from the very edge of societal disintegration.

If not the ruling class, then who? The answer is simple - the working class and the toiling masses; this class and people, who in throwing off the yoke of exploitation, oppression and repression, stand the chance to truly Humanise themselves, remake society, and achieve our national liberation from the clutches of imperialist domination, in tandem with our social emancipation as a class and people, from the death grip of capitalist exploitation, oppression, and repression.

What therefore is the task placed before us by the very reason and course of our history, at this particular moment in time?

Our task is to build and consolidate the process of building a Mass Political Movement of the Working people and toiling masses; a movement dedicated to organising the resistance of the people; a movement oriented on taking and wielding power - by any means necessary - combining economic resistance with street protests, and channeling this towards political engagements and contestation with the ruling class for power, including through electoral participation.

Such is the character of the current situation; such is the nature of the task that confronts us now.

(Gaskia is a Member of TPAP-M Secretariat)