Article: 2023 Elections In Nigeria And The Road Less Travelled 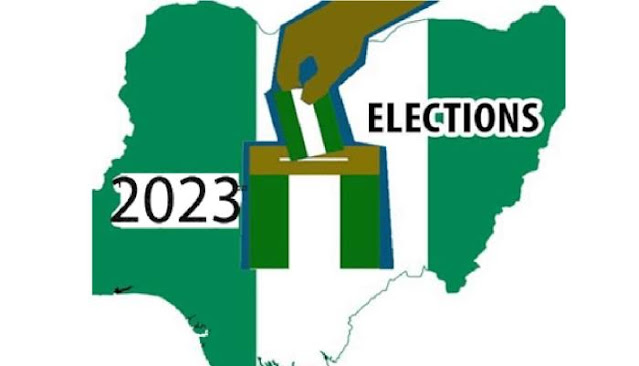 "Two roads diverged in a wood, and I—

I took the one less traveled by,

And that has made all the difference".-Robert Frost

At the end of this month, other things being equal, Nigeria’s major political parties, the ruling All Progressives Congress (APC) and the opposition Peoples Democratic Party (PDP), will select their presidential candidates for the February 2023 general election. By hook or by crook, one of these two candidates will emerge president next year.

It will be asking for too much to request Nigeria’s dominant political class to spare a thought for the nation. But we are duty-bound to make this plea, not because we think this class has the disposition or capacity to change anything but because the metaphorical Nigerian egg, according to Tim Akano, is about to crack. Enlightened self-interest demands that we do not force this crack from the outside.

Two tragic events, among many, in the last one month—the decapitation of a military couple and the immolation of Deborah Samuel—and the mute indifference of those whose constitutional duty it is to protect lives and property as well as maintain law and order and those who are lining up to replace them, is a cruel reminder that the best of 2023 can’t and won’t scratch the surface of the existential crisis facing Nigeria.

It is unfortunate that Nigerians have to endure these tragedies which have become common features of our national existence. Of course, nothing can justify the reprehensible practice of a nation preying on its citizens. When that happens, it calls to question the foundation and future of that nation; it shows us how flawed that nation is. So, you wonder why the political class is fixated on 2023 and why those who are aspiring to lead the country are not taking a stand on this crucial question. It is a pointer to not only how unprepared they are, but also their lack of candour and the superficiality of their ideas—no vision of the kind of country they want to lead and no faith in that country. Faith in Nigeria—even though our motto is unity and faith, peace and progress—is a scarce commodity among our political class.

Each time I discuss our pitfalls as a nation with younger compatriots, I like to reference a 2004 essay titled, “The Path to Nigeria's Greatness: Between Exceptionalism and Typicality” by Prof Ali Mazrui, one of Africa’s foremost political scientists. In that essay, to mark the 90th anniversary of the amalgamation of Nigeria, Mazrui memorably observed, “There are indeed certain attributes which make Nigeria strikingly unique in Africa—setting it apart in configuration from all other African countries.” In summary, these attributes include its size, the human and natural resources, and of course, what appears to be a balance of forces in the geo-political and religious configuration of the country. Nigeria is like no other country; no other country is like Nigeria.

So why has this propitious exceptionalism not worked for Nigeria? Perhaps, the answer lies in Nigeria’s typicality. “Some particular ups and downs of the country may be typical of the entire continent,” Mazrui wrote about Nigeria. “To understand Nigeria is to comprehend this dialectic between the exceptionalism of Nigeria in the African configuration and the typicality of Nigeria as a mirror of the continent…Nigeria is typical of Africans also because of the swings between tyranny (too much government) and anarchy (too little government). When under military rule, Nigeria leans towards tyranny (too much government), when under civilian administration, Nigeria leans towards anarchy (too little government).”

I will expand Mazrui’s thesis to say there is something sinister about Nigeria’s typicality, which undergirds the mutual fear and loathing and explains the current anarchy. The idea of Nigeria is premised on conquest—conquest of people and resources—and has been sustained by new forms of domination and oppression. For far too long, we have refused to confront this menacing typicality. I do not know how much longer we can ignore it. We seem to have arrived at the crossroads of what political scientists refer to as anocracy—a state that is neither autocratic nor democratic. It is a dangerous place for a country to be. Each tragedy reinforces the need for us to step back and properly answer the fundamental question of nationhood that began more than six decades ago.

From terrorism to banditry to countless sub-national, ethnic, political, religious, cultural, and environmental skirmishes, we have arrived at the “Door of No Return,” that infamous point through which millions of Africans were forced onto slave ships headed for the “New World.” What do these social and political phenomena tell us about our country? They tell us that Nigeria is a cauldron of repressed rage fuelled by overt injustice, and to keep it together, we must heed the bellowing orchestra of minorities (whether ethnic, political, economic, religious, or social), to borrow the title of Chigozie Obioma’s widely acclaimed novel.

Perhaps, 2023 offers us a rare chance to revisit the vexed questions of belongingness, inclusivity, equity, and justice, which to a large extent are driving the discontent and disquiet across the country. One of the most profound statements by a Nigerian politician in this regard is credited to the late Chief Bola Ige, Second Republic governor of Oyo State and Fourth Republic minister for power and later justice, who was assassinated (as a serving minister) on December 23, 2001. According to Ige, “There are two basic questions that must be answered by all Nigerians. One, do we want to remain as one country? Two, if the answer is yes, under what conditions?”

Simply put, we must renegotiate Nigeria—through a new constitution—that will recreate the country in the image of Nigerians of the 21st century. That process is not a silver bullet. In fact, it could lead to the dismantling of Nigeria as we currently know it. But, importantly, that unravelling will not come at the cost of the blood of millions of citizens. And if we get it right, it can lead to the glorious dawn of our exceptionalism. Nation building experiment is a tough but rewarding one; that is, for people who are genuinely committed to the process.

Whether it is power sharing, affirming secularity or religious plurality, protection of minorities, and everything in between, we must constantly defer to the default position that Nigeria is a country of diverse nationalities with religious and socio-cultural peculiarities negotiated as a federation at independence in 1960. Every decision we make must largely reflect this heterogeneity. To do otherwise is to court disaster. The central question of the 1999 transition was to return to civilian rule. The central question in 2015, when the current monstrosity came to power, was the prospects of a party-to-party transition after 16 years of PDP’s misgovernance. We seem to have come full circle. The central question in 2023 will be (re)negotiating Nigeria’s unity. Let’s forget all the talk about fixing the economy, about GDP, and tackling insecurity. Without a country we can’t do anything. Let’s not repeat the errors of our tragic past.

We shouldn’t wait to get to the precipice before we go to the negotiation table. So, when you hear our ruling class use such weasel words as “the unity of Nigeria is non-negotiable,” it is important to ask them the nature and purpose of this “unity.” The unity of Nigeria is not a problem. The challenge is the nature and purpose of that unity. Is it a unity based on trust, equity, and respect or one conditioned by age-long cavalier beliefs of conquest and domination?

As 2023 approaches, the political class is running around like a headless chicken, claiming to have the magic wand to “fix Nigeria.” Their managerial philosophy and approach to the Nigerian crisis, which is foundational, tells you they are in it for what they can get.

My admonition is that as a nation we shouldn’t be afraid to walk the road less travelled. To paraphrase the famous quote on fear from the first inauguration speech of Franklin D. Roosevelt, the 32nd president of the United States, the only thing we have to fear is…fear itself—irrational and unjustified fear which paralyses sorely needed efforts to strengthen the unity of Nigeria.

(Onumah is the author of "We Are All Biafrans", among other books. He can be reached via Twitter @conumah)