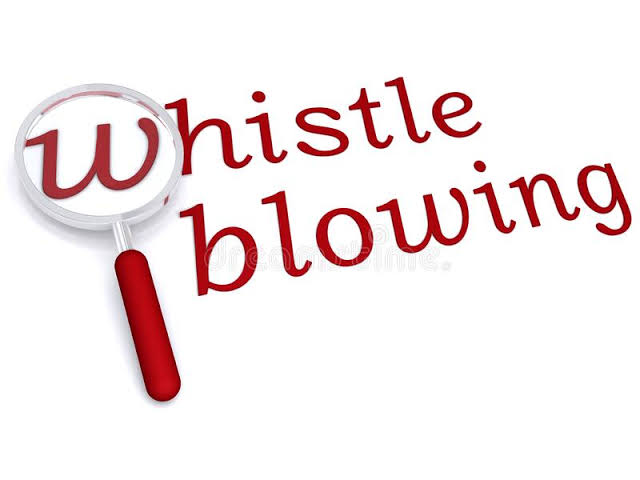 A group of civil society organisations has formed a coalition for the promotion of whistleblowing as a tool for fighting corruption and achieving transparency and good governance in ECOWAS member states.

The coalition the Whistleblowing Advocacy Coalition of West Africa(WACOWA)was the outcome of a consultative meeting organized by the African Centre for Media and Information Literacy (AFRICMIL) and civil society partners following exploratory talks with the ECOWAS Commission and the Network of Anti-corruption Institutions in West Africa (NACIWA) on strengthening the fight against corruption in West Africa.

The coalition says corruption has been one of the major challenges facing West African states since independence, and that its pervasiveness in the subregion makes it seem intractable. Among the many damaging impacts of corruption over the decades are mass poverty, high level unemployment, disregard for law and order, lack of trust in government and rising political instability resulting in the destruction of lives and property.

Although most ECOWAS member states have passed anti-corruption laws, ratified international conventions against corruption and established special national anti-corruption institutions, a few others have yet to do so. Still, despite these efforts, tackling corruption in the region has not yielded the desired result. The integrity of government and level of corruption are rated more poorly in West and East Africa than in other regions on the continent, as pointed out by the United Nations Economic Commission for Africa (ECA) in one of its reports issued in 2005. Even Transparency International’s Corruption Perception Index (CPI) has over the years expressed similar sentiments by indicating that ECOWAS countries have excessively higher levels of corruption than countries in other regions.

A key feature in the ECOWAS Commission’s protocol to combat corruption in the region is the ECOWAS Whistleblower Protection Strategy. The Commission identifies whistleblowing as one of the most direct methods of exposing corrupt acts which has the capacity to foster transparency and accountability in both the public and private sector administration. The key objective of this strategy is to encourage member states to pass whistleblowing legislations that are safe for making disclosure of wrongdoing and ensuring protection against retaliation because of such disclosure

WACOWA’s objective is to complement the Commission’s efforts in this regard by promoting whistleblowing as an accountability tool and strengthening commitment to the development of a whistleblower protection law in member states. It will collate reported cases to aid the work of anti-corruption agencies, seek new partners that will participate in the objectives of the advocacy and create solutions that will serve the needs of the communities.

The coalition promises a fervent commitment to the promotion of transparent and accountable governance in ECOWAS countries by advocating whistleblowing as a conscious and obligatory action of citizens as a way of reducing corruption and aiding development in their communities.

Centre for Democracy and Development (CDD)